Home > Green Climate Fund Calculators: How to Decide What Each Country Should Contribute

Green Climate Fund Calculators: How to Decide What Each Country Should Contribute

What Is the Green Climate Fund?

The Green Climate Fund (GCF) is the largest multilateral fund dedicated to funding projects for cutting greenhouse gas emissions and helping communities adapt to climate change. Since starting operations in 2015, the GCF has allocated $5 billion to 102 projects and programs, including support for clean energy, coastal protection, flood management, and climate resilient livelihoods for vulnerable communities. The fund plays an important role in catalyzing systemic or transformational change to move towards a low-emissions and climate-resilient future.

How Is It Funded?

In November 2014, contributor governments pledged a total of $10.3 billion to the GCF as part of the so-called the "Initial Resource Mobilization." Pledges were based on discussions between potential contributors, representatives of the GCF Board and GCF management. Twenty-three developed-country governments contributed the bulk of the total pledges. Several developing countries also contributed, though they did so on a voluntary basis. Individual country pledges were not based on a rigorous methodology. Rather, they were set, more or less arbitrarily, by each individual contributor based on the politics of the time. As such, the $10.3 billion that resulted in the end was, while a good start, more accidental than the product of a deliberate and transparent logic.

Using Our Calculators, Find a Way Forward for Funding GCF

In September 2018, WRI published a working paper, "Setting the Stage for the Green Climate Fund's First Replenishment." This paper laid out objective criteria that could inform replenishment, including historical emissions, population and national income. We used this basis to create tools

In general, the first calculator is for academics and researchers who require greater flexibility of the tool. The second calculator is for less technical uses, the public and those tracking the 2019 round of funding.

Unique functions of the Calculator 1.0 include: 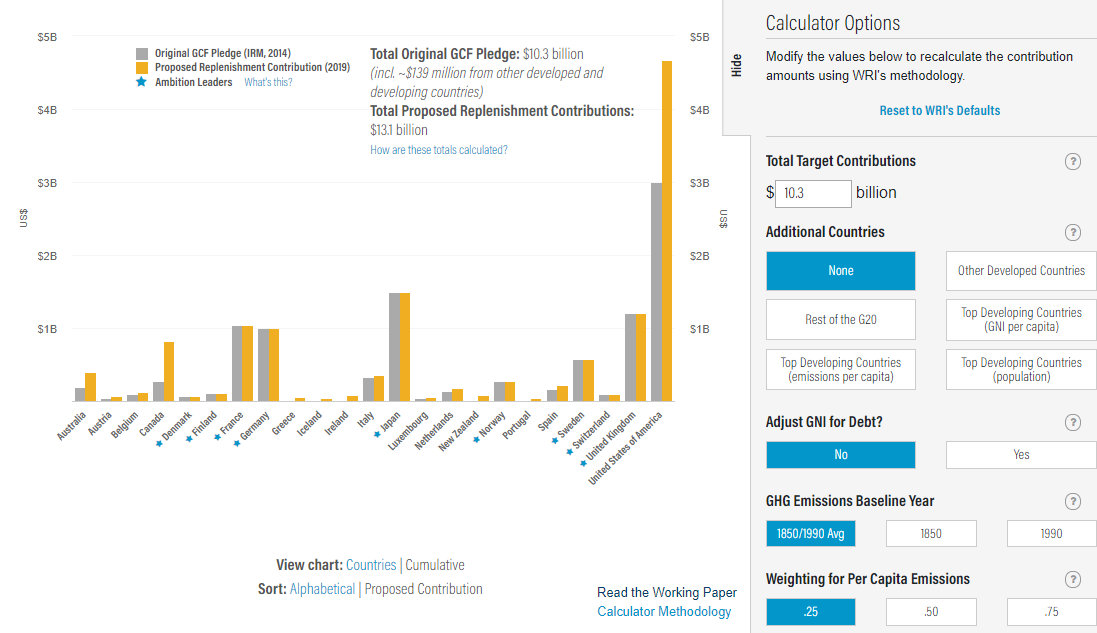 Unique functions of the Calculator 2.0 include: 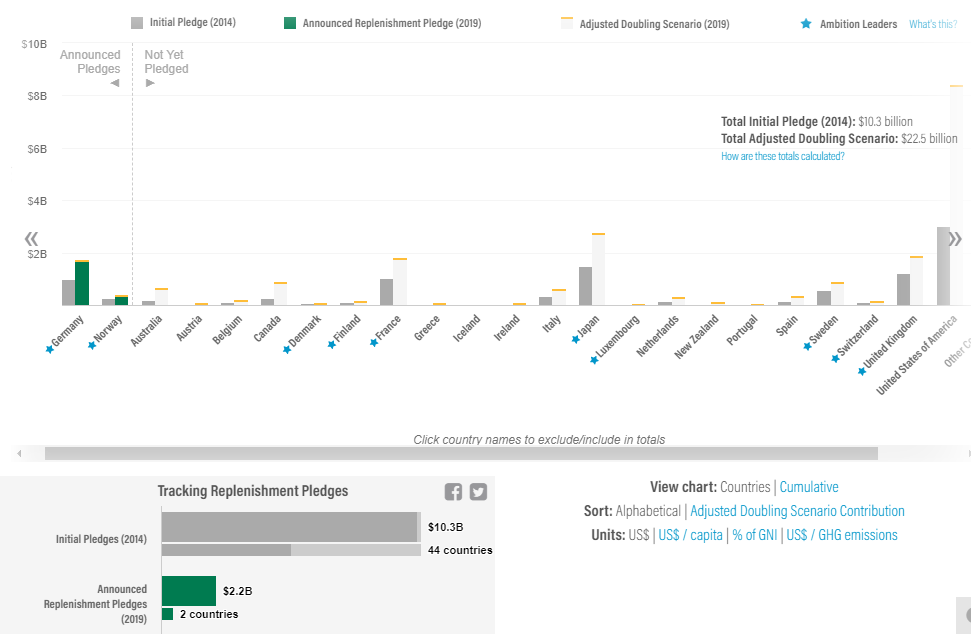