WRI’s biennial fundraising dinner honors leaders who have been ambitious and tireless in their dedication to protecting the planet and improving people’s lives.

The funds raised from this dinner help provide the working capital required to run a strong, efficient, integrated and results-driven organization operating on five continents. Funds allow WRI to attract talent, deploy funds quickly to take advantage of emerging windows of opportunity, invest in new ideas not yet on the mainstream philanthropic agenda and fund new work, which in turn is an extremely effective way to leverage larger philanthropic funds. 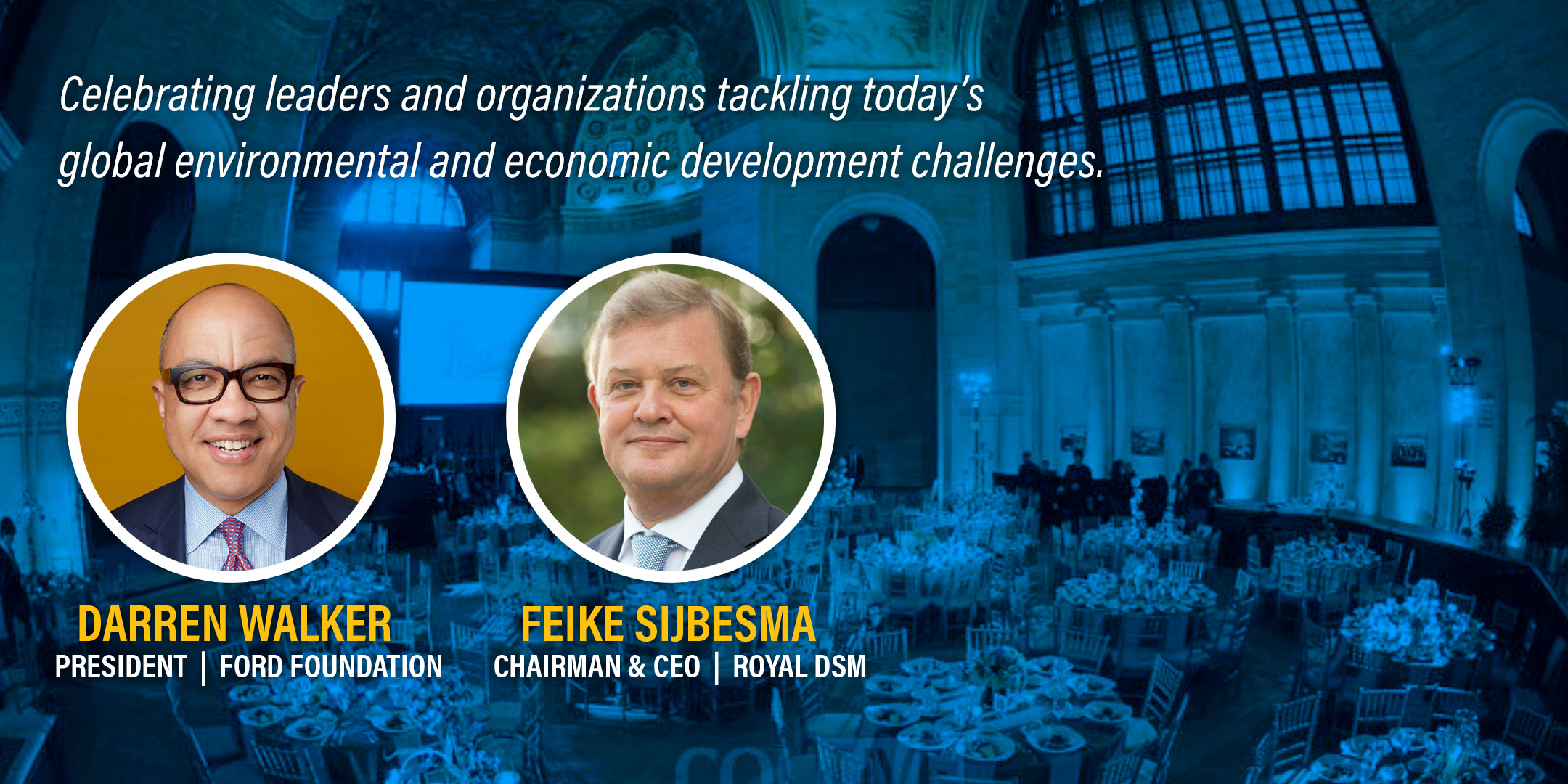 The Ford Foundation is one of the world’s iconic philanthropies with a long-term commitment to tackling complex, entrenched social problems. Ford’s bold new direction under its President, Darren Walker, is putting all its tools to work to address the drivers of inequality. The Foundation recently pledged to commit $1 billion from its endowment over the next ten years to mission-related investments. With this leadership move, Ford seeks to spur more foundations to do the same and help the capital markets become accelerators of justice and fairness. Ford is a major supporter of WRI’s Sustainable Investing Initiative and an important partner in WRI’s sustainable cities work and efforts to ensure indigenous peoples have the land tenure and natural resource rights they need to thrive.

Royal DSM Chairman and CEO Feike Sijbesma is a global climate leader at a time when we need the private sector to aggressively advance—not roll back—leadership on climate change. Mr. Sijbesma co-leads a World Bank initiative to help countries meet their commitments under the Paris Climate Agreement, as well as a coalition of government, business, and civil society leaders supporting the expansion of carbon pricing. The Royal DSM story is extraordinary—a state sponsored coal mining company transforms itself into a chemical company and then further to a global, science-based company aligning its growth and product lines with the pursuit of societal good. WRI partners with DSM on efforts to tackle climate change and to mobilize ambitious action to reduce food loss and waste globally.