This episode of WRI’s “Big Ideas Into Action” podcast features reflections of WRI’s outgoing President and CEO, Andrew Steer, as he departs to lead the new $10 billion Bezos Earth Fund. 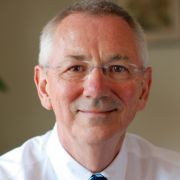