A time of crisis is not just a time of anxiety and worry. It gives a chance, an opportunity, to choose well or to choose badly. —Desmond Tutu

Fifty years ago, 20 million Americans (10% of the U.S. population at the time) took to the streets at the first Earth Day to demand a better future. Outraged by polluted air and water, by oil spills and the destruction of nature, these people's actions changed policies and politics, and sparked the emergence of the modern environmental movement. Within months, the U.S. Environmental Protection Agency was created and the Clean Air Act was passed into law with bipartisan support.

Half a century later, we are not celebrating this anniversary the way we expected to. The year 2020 was supposed to be a critical one to make progress on climate, biodiversity and the ocean, anchored by large, international summits. We looked forward to this Earth Day as an opportunity for citizens from every country to rise up, celebrate nature and demand change. We envisioned marches, rousing speeches, teach-ins, music and colorful outfits.

Instead, most of us are confined to our homes as the world suffers through the worst health and economic crisis in a century. We are living through a human tragedy, especially for those who are sick or have lost loved ones, as well as for the millions who have lost their jobs and are suffering financially.

How then should we celebrate the 50th Earth Day? What are the goals we should fight for? Here are five imperatives that we at World Resources Institute are working toward.

Crises don't affect all people equally, as tragically illustrated by the current pandemic. It is the poor and vulnerable that are least protected in terms of health and economic ramifications. So, too, with environmental damage. Climate change may thrust 100 million people into poverty, and 3 billion people already do not have adequate water. We must demand people-centric environmentalism, with a special emphasis for the most vulnerable. The same applies to the solutions for the problems we face. The scale of change needed is massive, and this change will be disruptive. The environmental community must focus much more on how to ensure a just and inclusive transition, and mitigate the negative impacts on workers who are most at risk. 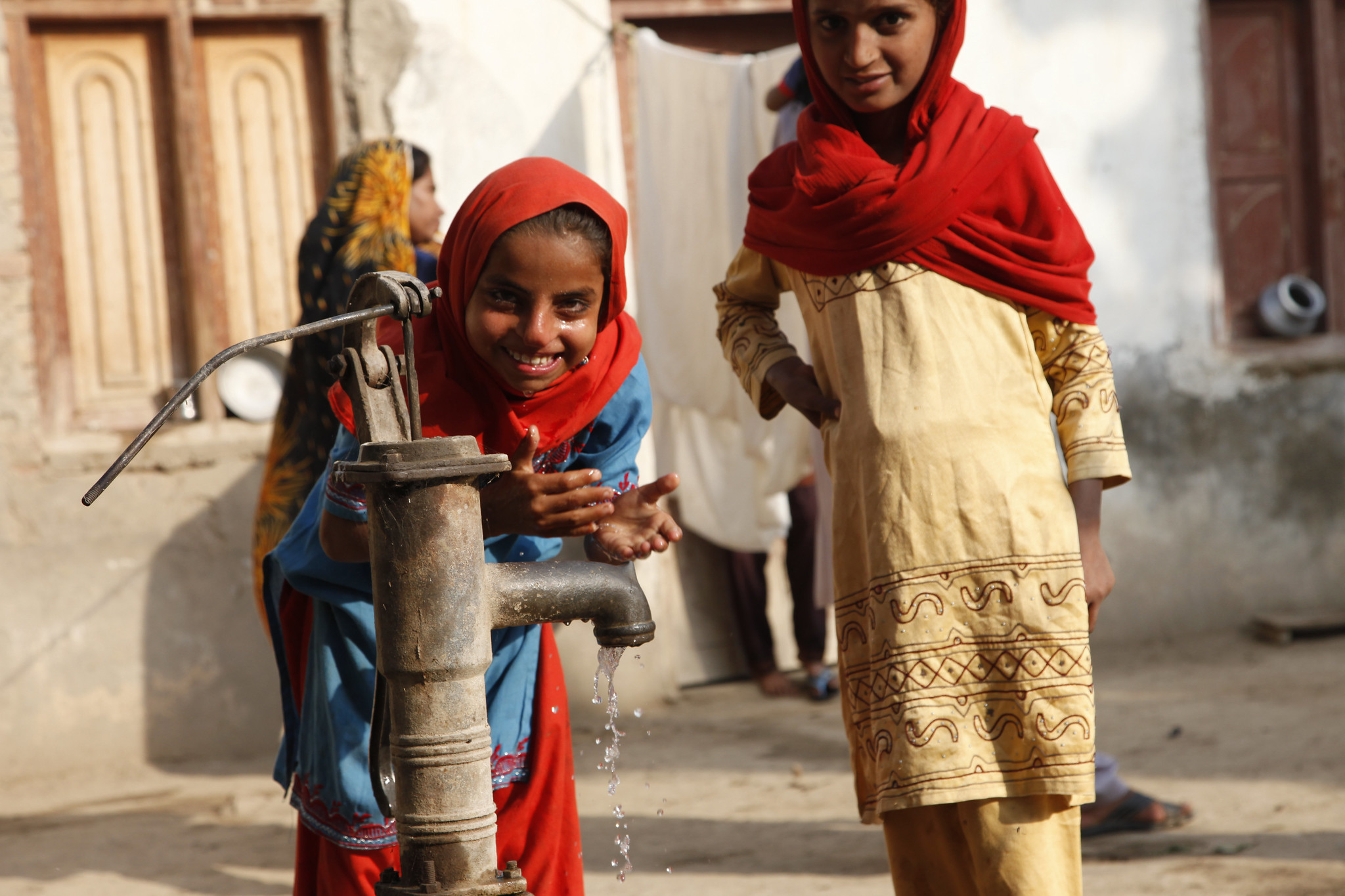 Girls in Sindh, Pakistan, at their village water pump. Photo by Russell Watkins/DFID.

As leaders look to reboot their struggling economies, it is critical that we don't return to the same old ways of doing business. The coming 18 months will see the largest public spending programs in the history of the world — probably between $10 and 20 trillion. What a tragedy it would be if this money simply built back the same unequal, risky, high-carbon ways of the past. A survey this week in the UK found that 91% of the population does not wish to revert to "normal," but rather desire something better. As these trillions are disbursed, governments should focus on fairness and building the economy of the future, not of the past. After the 2009-2010 economic crisis South Korea was one of the countries that recovered the quickest. It also invested the biggest portion of its stimulus (about 69%) in low-carbon, climate-friendly measures. In the United States, the 2009 American Recovery and Investment Act led to the largest clean energy investment in U.S. history, and created 900,000 job-years in clean energy between 2009 to 2015.

It's not just about restarting the economy, but resetting it.

Third, Bury the Economics of Yesterday

Old fashioned politicians will tell you it costs too much to address climate change. That's last century's economics. Modern economists have shown that smart policies and investments can make the economy more efficient, promote new technologies, reduce risks, create more and better jobs, and unlock economic growth. The New Climate Economy has shown that smart climate action can yield $26 trillion by 2030, starting immediately, and create 65 million new jobs and avoid 700,000 premature deaths in 2030. Renewable energy often creates many times the number of jobs that the fossil fuel industry does. Investments in energy efficiency and landscape restoration have fabulous rates of return. And designing cities for people rather than automobiles would save $3 trillion.

The current crisis reminds us that we are more vulnerable than we thought, that we face risks greater than we understood, and that we are not prepared to deal with them. Traditional planning assumes that the future is captured in straight lines and smooth curves, and is best understood as a continuation of past trends. This is foolishness in today's world. We need to understand that we are in uncharted territory, and learn from those such as small island states who have learned how to plan for an unpredictable and dangerous future. We need to look to the best science and understand that reducing and adapting to risk is much more important than in the past. Science tells us that, in light of feedback loops that we don't fully understand, the risks we face are truly existential. A half-hearted response is inexcusable.

Global problems require global solutions. Sadly, we are not living in a cooperative world right now. For a brief period in 2015, we had a moment of true global, collective action when the world's nations agreed to the Sustainable Development Goals and the historic Paris Agreement on climate change. But this spirit quickly evaporated as "me first" nationalism re-emerged. Especially heartbreaking is the way in which this failure to cooperate hurts everybody. The belief that global cooperation is a zero-sum game is wrong in every sense. Countries that seek to advance the global common good will thrive. Some governments are stepping up to do the right thing. So too are many leading corporations and NGOs. We need to support the numerous multi-stakeholder coalitions fighting for change. In the absence of successful universal inter-governmental processes, we must try plurilateral approaches. Delays of the UN Convention on Biodiversity summit and the global climate summit (COP26) give us the chance to get it right. Two-thirds of Americans believe the government isn't doing enough to address climate change. We must demand more. 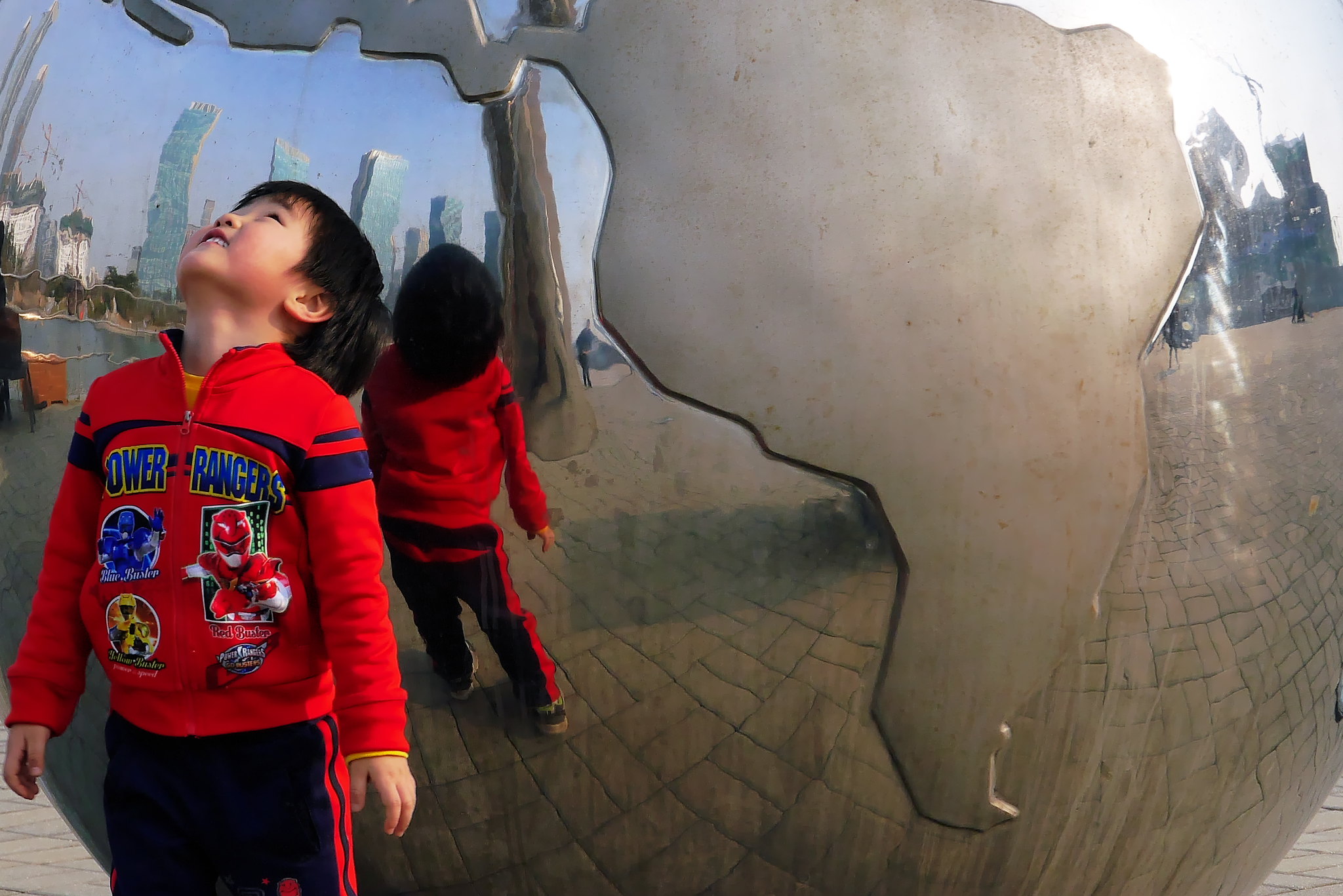 A child looks up at a globe in Incheon, South Korea. Photo by travel oriented/Flickr.

History teaches us that crises can either bring people together or push us apart. We have seen remarkable acts of selflessness and community in the present pandemic, giving us a great sense of hope. It is even possible that this tragic period could open the door for important change. We may be able to make something good out of this crisis by resetting the social contract between citizens, governments and corporations — toward one founded on a new commitment to support the vulnerable, protect our natural systems, reduce risks and address our common threats together.

On Earth Day lets recommit to achieve such a reset.