Svalbard is sublimely quiet. Unlike my hometown of Boston, in this Arctic region 600 miles from the North Pole, there are no cars honking, no emergency vehicles blasting their sirens, no chatter of people on cell phones. But there is a different, more subtle kind of musical score – a lone auk calling above, a stream flowing down the valley from melting ice in the tundra above. I listened for a few minutes, then dug my fingers deep into the permafrost. I realized that despite reading hundreds of papers on melting permafrost and its associated climate risks over the past 20 years, I had never actually put my hands in the stuff. The top layer full of moss and lichen felt moist but still bouncy, like a soggy carpet. I dug a bit deeper and felt the hard, frozen soil.

While I happily discovered that the permafrost was still frozen a few inches underground, I knew this wasn’t the case in other locations. And this particular patch of tundra may feel very different in just a few years’ time. 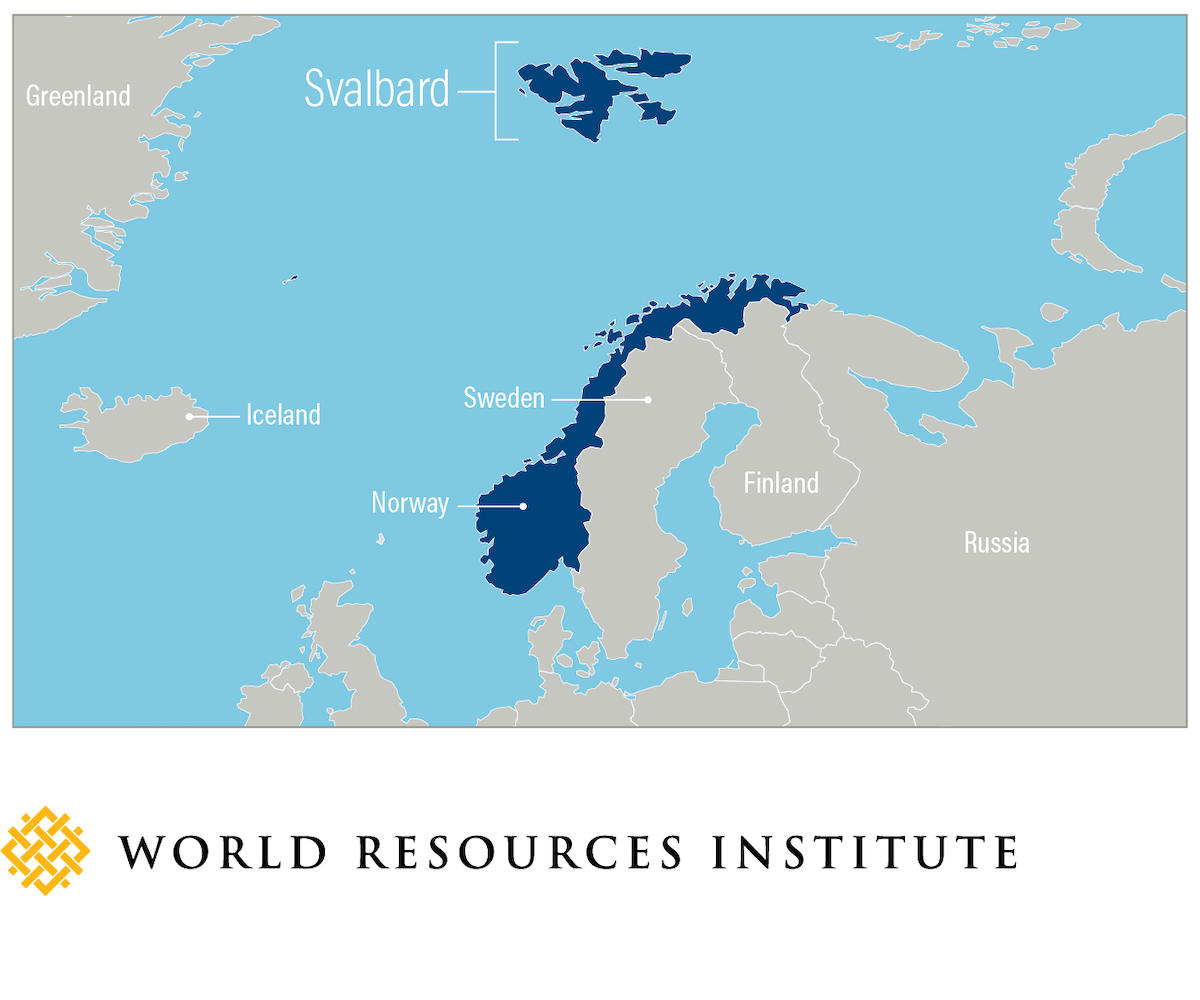 The Arctic is warming twice as fast as the rest of the world. Melting permafrost releases methane, a greenhouse gas 28 times more potent than carbon dioxide. Researchers recently found that melting permafrost and changes in surface reflectivity in the Arctic will cause $67 trillion of economic losses, even if countries follow through on their current emissions-reduction pledges.

These are facts I know all-too-well as a climate researcher. Yet they feel so much more real to me after traveling to the Arctic on a Lindblad/National Geographic expedition. 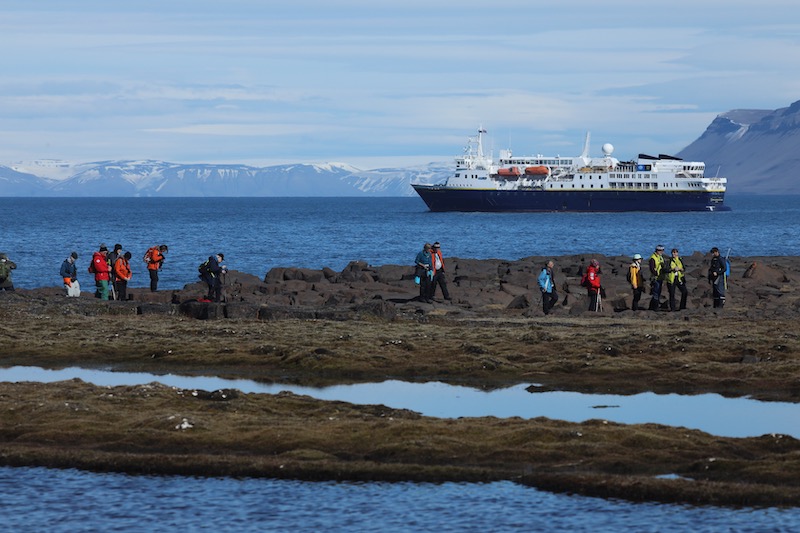 I won the Svalbard trip as part of Lindblad Expeditions’ #WintheArctic video competition (see my entry here). The trip itself was the prize, but the prize of the trip was seeing the polar bear—not behind bars or glass, but in its natural habitat. I was finally in the land of the ice bears, which evolved over thousands of years to be so perfectly designed for the harsh conditions they inhabit. 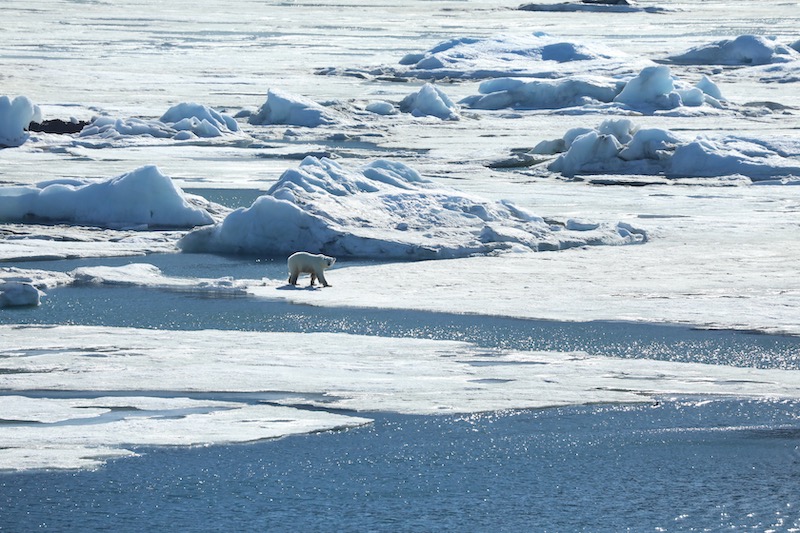 Polar bears are native to Svalbard, but experts say their populations are expected to drop by up to two-thirds. Photo by Kelly Levin/WRI

On the third day of my eight-day expedition, I saw a cub and its mother move along the ice next to the shoreline. The cub played like a young child, throwing itself into the water over and over, making large splashes as it tried to catch nearby seabirds. The mother walked ahead, but would turn around every few minutes to see what her devious cub was up to. I was fortunate enough to see six bears on the trip, but this encounter will be forever etched in my mind.

The connection between a warming world and polar bears has been well documented. As sea ice, the bears’ primary habitat, diminishes, the species’ survival is at stake. 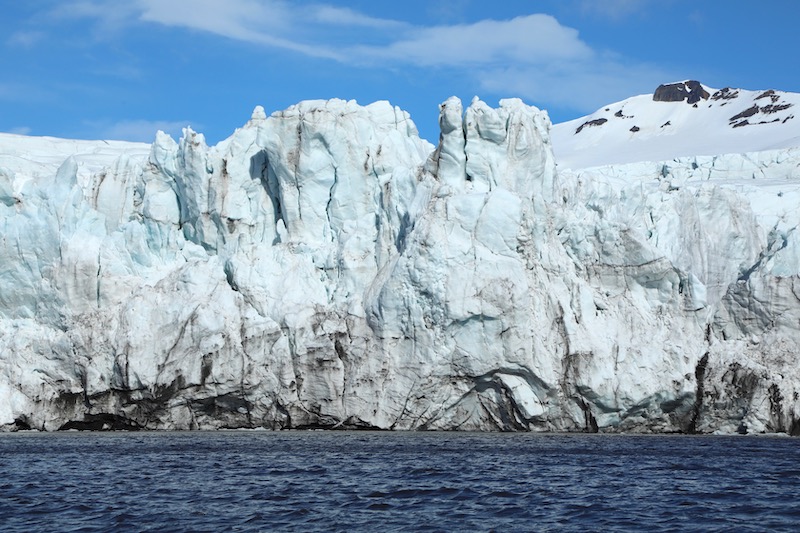 Gliding by Walls of Ice

Svalbard is a land of glaciers. I have never seen so many in such rapid succession. On the last day, I took a zodiac boat close to one of the largest. It soared as high as the skyscrapers I grew up with in New York City. Being in the tiny rubber boat next to the large wall of ice, which stretched for miles, was humbling. A small piece calved right in front of us, exposing the brilliant blue ice beneath.

This wasn’t the only time where disappearing ice was apparent. Early into the trip, the captain warned us one night that we would be woken up in the wee hours of the morning to the sound of ice hitting the bottom of the ship. But we weren’t. We continued to sail through a fjord for about 10 hours more than the captain thought we’d be able to, due to the lack of sea ice.

That ice may not have all melted; it could have simply moved due to ocean currents. But we know that Arctic sea ice extent hit a record low in early June. Changes to Arctic sea ice aren’t going to affect only the spectacular critters and plants I saw that are so perfectly adapted for the Arctic – from the Arctic foxes in their changing plumage, to the seafaring puffins, to the purple Saxifrage flower blooms. Those changes will affect all of us. An ice-free ocean will absorb more solar radiation, fueling more warming and pushing wild winter storms toward mid-latitudes. 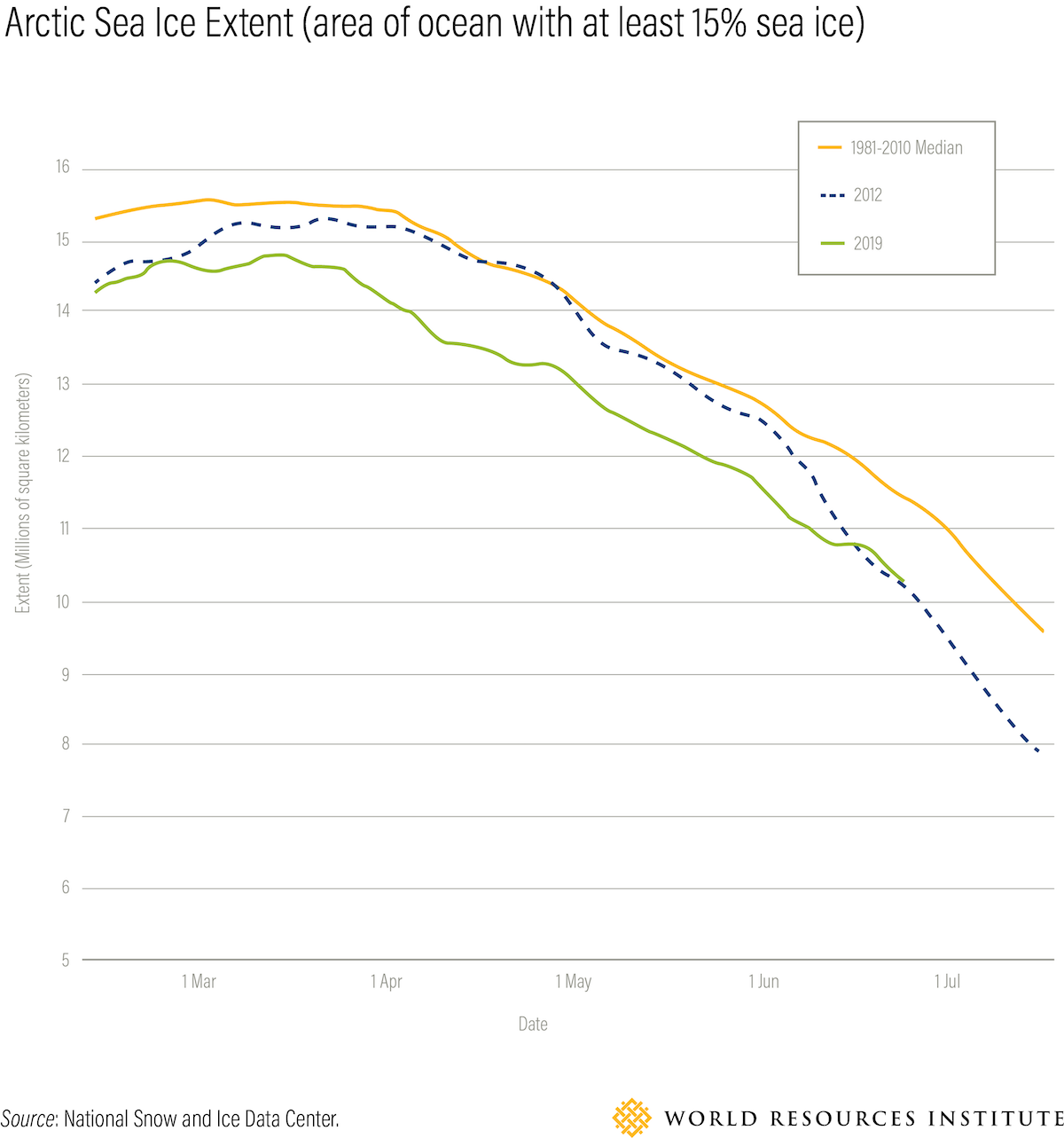 Protecting the Arctic for Future Generations 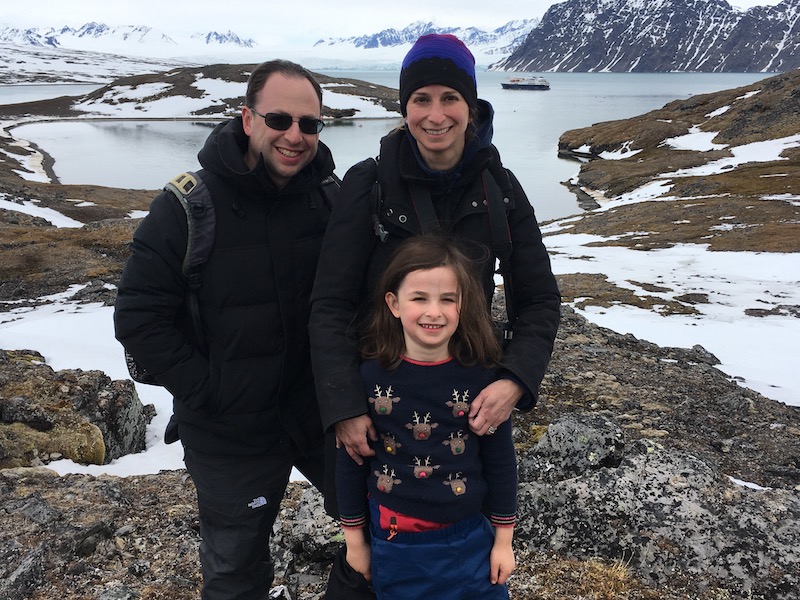 WRI researcher Kelly Levin with her husband and daughter.

My 6-year-old daughter was able to join me for this trip of a lifetime. It struck me that she may not even be 30 years old by the time there are ice-free summers in the Arctic. A contest to see the polar bears may not even be possible when she is my age. By then, their population will likely be cut by at least a third; some studies suggest even two-thirds.

Traveling to the Arctic was transformative—not only to see the spectacular wildlife and landscapes of mountains, ice and sea, but to see this rapidly changing world firsthand. I am resolved to fight even harder to protect these magical places.