Earlier this month, Pope Francis invited to Rome a diverse group of scientists, economists, activists, diplomats, youth and indigenous representatives for a conference celebrating the third anniversary of his landmark encyclical letter Laudato Si. In the encyclical, the Pope urged the world to protect global ecosystems while uplifting the poor and vulnerable, sending a wake-up call to the 1.2 billion Catholics worldwide—and many others—to rally for a global movement for climate action.

After ambition comes action. With Pope Francis' moral leadership and the faith community worldwide, the Catholic Church is uniquely positioned to lead a global movement for climate action. Here are three things the Vatican can do to inspire the world and demonstrate its own leadership on climate action.

To keep global temperature rise well below 2 degrees and aim to limit it to 1.5 degrees Celsius—the temperature goals identified by the Paris Agreement for the global effort to prevent catastrophic climate change—global emissions need to peak by 2020. Moreover, leading up to and following 2020, the world needs to take transformational action that puts us on a pathway for decarbonization by mid-century, as the upcoming Special Report on 1.5 degrees from the Intergovernmental Panel on Climate Change is expected to show.

The next few months—in fact, the next 1,000 days—will hence be critical to deliver the ambitions of the Paris Agreement. Immediate-term action is needed in order to ensure peaking by 2020. Beyond that, a key decision point lies ahead under the Paris process. Not only must countries implement the commitments to cut emissions they made in their 'nationally determined contributions', those commitments must be also strengthened by 2020 to put us on the needed trajectory to mid-century. That stronger climate action will also require greater finance and capacity.

"Reducing greenhouse gases requires honesty, courage and responsibility, above all on the part of those countries which are more powerful and pollute the most," said Pope Francis, defending the right of everyone—including future generations and today's vulnerable communities—to live in a world that consists of more than "rubble, deserts andrefuse." He should continue to speak out on behalf of the voiceless, sending a strong message to the World's leaders for more ambition.

Money makes the world go around, but we face planetary destruction if financial flows are not redirected away from high emissions activities and towards climate solutions. During a recent meeting with oil executives, Pope Francis expressed that we cannot continue to explore and exploit fossil fuel reserves, but rather should "keep it in the ground."

Walking the talk would also imply following this statement with concrete action. For instance, the Vatican Bank and more Catholic pension funds could follow the Church of England's example and join the Climate Action 100+ initiative to push high-emitting companies towards low-carbon business models over the next few years. The implied threat of this investor initiative is that if companies don't show serious progress, members will collectively divest. The Church of England recently made this threat very clear—announcing that they will divest from fossil fuel companies in 2023 if they haven't yet aligned their businesses with Paris Agreement goals. The Vatican Bank and other Catholic pension funds could do the same. 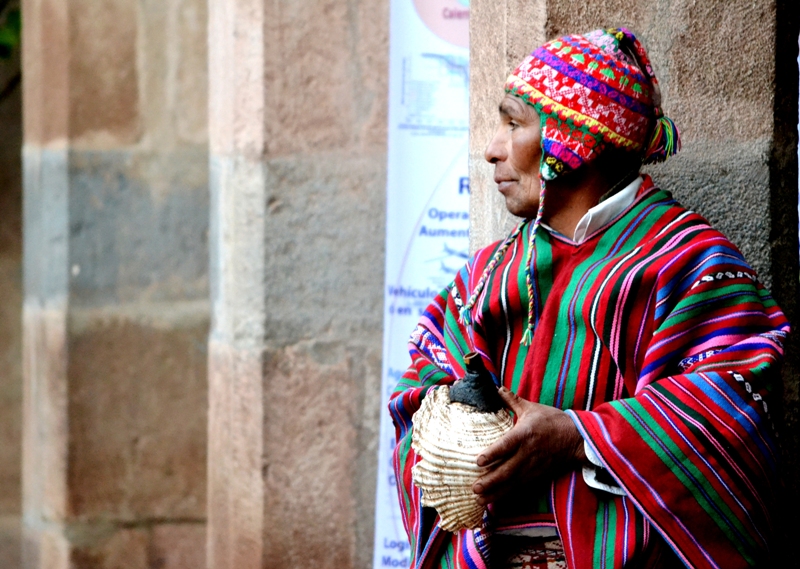 Investments in climate-resilient development, such as sustainable development in Andean communities where glaciers are disappearing, are necessary. Flickr/World Mountain Forum

While much of the debate around Laudato Si tends to focus on climate mitigation, the Encyclical is equally about human dignity, and ensuring that poor and vulnerable communities are equipped against irreversible climate impacts. This would require the Catholic Church, the Vatican Bank and the global faith community, to go beyond the "'do no harm' harm" principle and encourage "virtuous" investments in low-emissions and climate-resilient development, which are crucial to achieve the Laudato Si objectives.

The Vatican could also make a pledge to one of the international climate funds, which assist developing countries in taking climate action. A financial contribution from the Vatican would be a concrete way to support the Paris Agreement and implement the spirit of Laudato Si.

3) Carbon Neutrality in its Operations and Properties

If you walk the talk, you should also look at your footprint. The Catholic Church has many opportunities to reduce its carbon impact, considering the large amount of properties it manages, including about 223,000 parishes, 140,000 schools, 1,200 universities, and 1,000 healthcare facilities. Furthermore, it owns a considerable amount of land, estimated to be around 180 million acres. A clear, concrete commitment from the global Catholic Church itself during one of the upcoming climate action convenings, such as committing to a science-based greenhouse gas reduction target, would show how the Church itself translates Laudato Si ambitions into action, and could inspire its faith community, as well as other communities, to be equally ambitious.

To effectively measure and mitigate emissions and enforce carbon-neutrality for the large, globally-scattered holdings of the Church won't be an easy task. It would require the establishment of a GHG emissions inventory, a roadmap for action and close monitoring through tools, reporting and analysis for climate action. But if there was ever a moment to showcase what can (and should) be done in practice to realize the vision and ambition of Laudato Si, it is now.

Injustice Is Not Invincible

Pope Francis called on citizens' pressure groups worldwide to promote and practice integral ecology, ensuring them that "injustice is not invincible." If Pope Francis succeeds in complementing his moral leadership by announcing and implementing a concrete climate action roadmap, it may well inspire and incentivize the creation of these much-needed peoples' mass movements. As WRI has noted, success will require disruptive political, social and corporate partnerships--movements rather than mere policy shifts, that are motivated by the opportunity for a better future rather than by narrower environmental goals.

We are running out of time. There is some hope that grassroots pressure may compel and force leaders to walk the talk too.