40 percent of the renewable energy installed last year was in China, which now receives about ten percent of its electricity from renewables.

But despite their surge, renewables remain hard to finance in China. Existing financing mechanisms can hardly meet the thirst for investments in the sector. The average cost of capital for renewable projects remains 20-30 percent higher than for conventional energy projects, putting the brakes on growth at a time when sustainability is becoming paramount. And despite the ongoing success of the sector, investors retain some skepticism.

To open the tap and get more capital flowing, four key stakeholders in the Chinese renewable economy have banded together to create a new platform, the China New Energy Assets Financing and Investment Platform, designed to increase the supply of investment. 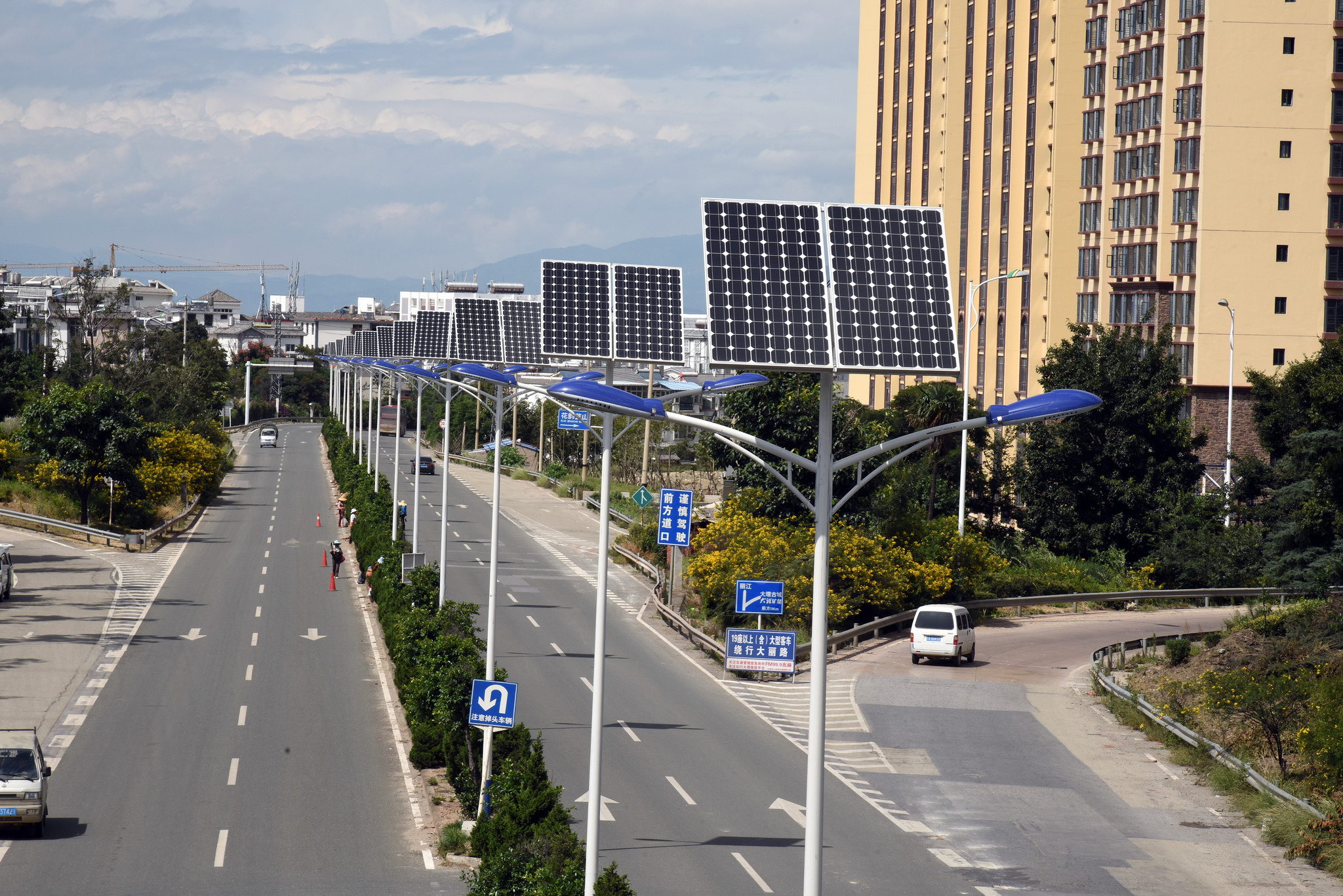 In China, renewable energy (RE) is far from an investor favorite. Typically, RE projects pay 20-30 percent more for capital than conventional ones, estimated by Peng Peng, Secretary General of China New Energy Investment and Finance Alliance (CNIFA). RE projects in China run primarily on equity funds, or bank loans borrowed at a higher cost after jumping through many hoops. The heavy dependency on subsidies, the withdrawal of which can be subject to delay, makes RE projects less bankable: By the end of 2017, a total CNY 100 billion ($16 billion) of promised subsidies were never delivered. Some lucky projects received subsidies only two to three years after grid connection. Banks are not reassured by these conditions.

This is especially the case for private companies, since banks are more confident dealing with state-owned enterprises. While state-owned enterprises can get unsecured loans based on their "trustworthiness," private companies must put down real estate or plants as collateral. In case subsidies are never delivered, banks require other credit enhancements once considered unacceptable, like guarantees and insurance. Each adds significant costs (approximately 3 percent and 0.2 percent, respectively, of the loan amount).

The green bonds market is booming, but smaller and private RE projects are missing out. Between 2016 and 2017, companies in the clean energy sector raised over CNY 100 billion ($16 billion) with green bonds—but state-owned enterprises in solar and hydropower are the dominant issuers.

There are reasons for this reluctance. The RE sector features complex technical specifications. Uncertainty of grid connection and threats for curtailment exist. As a new asset class without much historical data to work with, risk and return is hard to forecast. Without proper project evaluation, including risk assessment and pricing basis, investors would rather play it safe and hold back even though good projects are out there. This is especially the case for solar projects in middle-east China.

In fact, delay means missing out on profits. Timely capital inflow is key to RE projects like solar. Such power stations can be built quickly. As China scales back subsidies for wind and solar, the earlier the project is completed and gets on-grid, the higher the profit—and the faster developers can move on to the next project. Plus, with subsidies declining—the feed-in tariff for solar stations commissioned after January 1st, 2018 was cut by RMB 0.1 /kWh ($0.016/kWh)—fast movers reap the biggest rewards. (Subsidies are being drawn down in the expectation that solar and wind power would reach grid parity in China in three to five years.)

In the beginning of 2018, the country launched its first New Energy Assets Investment and Financing Platform after two years' groundwork. The platform, which is a for-profit entity, sits in Guangzhou Enterprises Mergers and Acquisitions Services, a national property rights transaction center supervised by the State-Owned Assets Supervision and Administration Commission of the State Council (SASAC). Like other trading platforms, it acts like a consulting firm for investors and creates a dedicated place for new energy assets trading with one-stop services to facilitate the process. The platform aims to unlock financing by better preparing projects, connecting investors to accredited projects and encouraging the market for new energy assets with transparent pricing and enhanced liquidity. 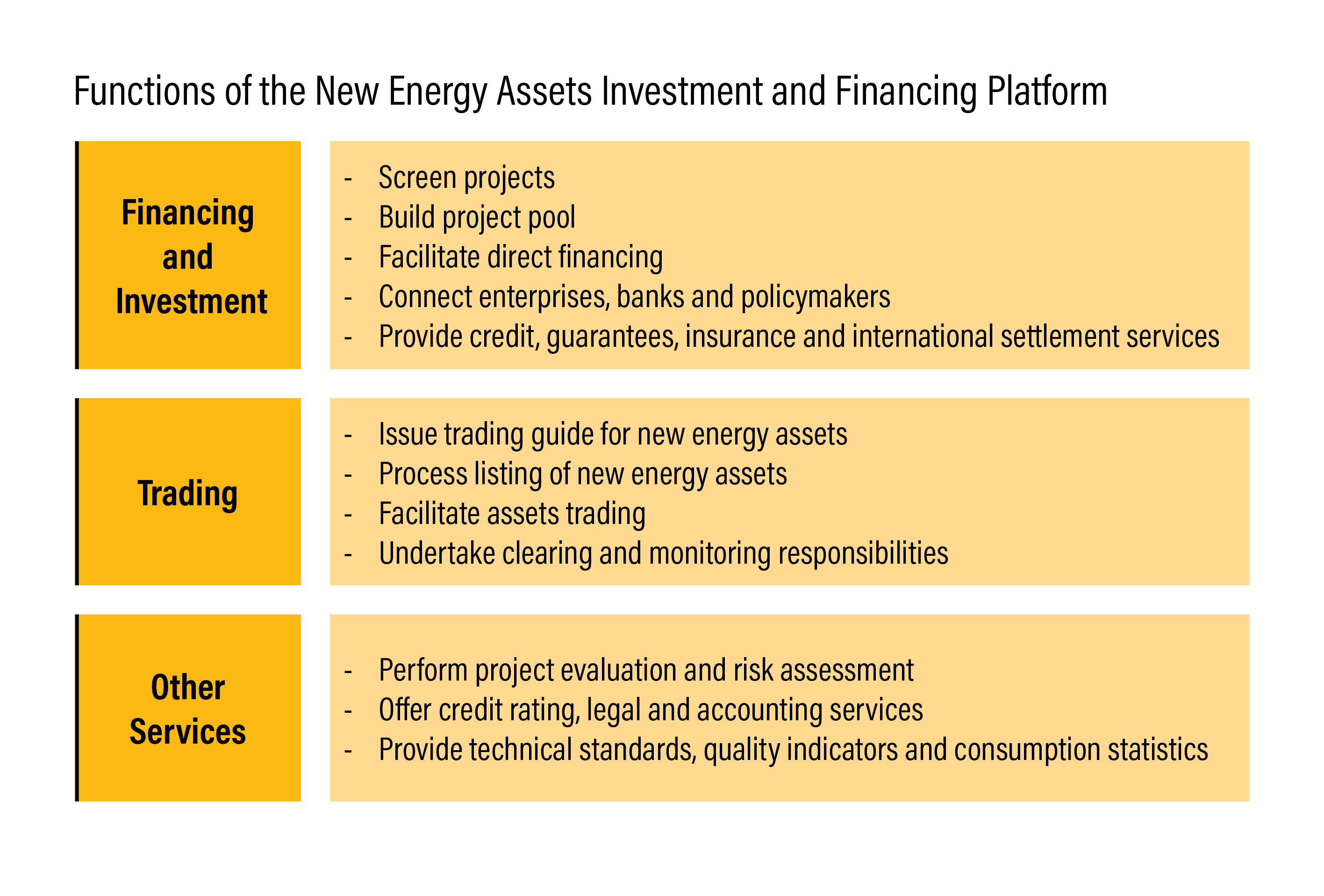 Here are three highlights that make the platform a promising Chinese first:

China has been rolling up its sleeves to reform the financial system for environmentally sustainable growth. On-going systemic change and policy incentives catalyzed cross-cutting innovation in RE investment. The birth place of the platform, Guangzhou, is also one of the first five Green Finance Pilot Cities in China. With green bonds, green insurance and environmental rights trading progressing, the platform is well-poised to bridge the financing gap in new energy transition.

Two weeks after the launch event, over 120 solar and wind projects worth some CNY 9 billion ($1.4 billion) are already listed on the platform, representing 1.8 GW installed capacity. This is a good start. Given the CNY 22 trillion ($3.5 trillion) worth of wind and solar projects eligible for the platform, there is still a lot to look forward to.