We travelled by bus from Libreville into the heart of Gabon, one of the world’s most forested countries.

Near the road, most forests had been cut back, leaving a mix of gardens, dwellings and patchy regrowth, while densely forested hills loomed just behind. Morsels of bushmeat for sale, mostly porcupine and duiker, hung on poles along the road. As we neared our destination, transmission lines were being strung up alongside the newly constructed highway, only a few kilometers short of connecting local villages to the national grid.

We were on our way to Mouila, where Olam International has developed a network of oil palm plantations, by far the biggest agricultural project in Gabon to date. The company has planted mostly on savanna land, but also cleared some secondary forests assessed by licensed experts as not having high conservation value. According to the company, the plantations make up less than half of their 105,000-hectare (259,000-acre) concession, leaving 56,000 hectares (138,000 acres) of forest, grassland and community areas for conservation. Our group included experts on natural resource management, supply chains and land rights, representing governments, companies and civil society groups. We had come for four days of field trips and dialogue on the notion of “deforestation-free” commodities.

Two days later, as our bus bounced past vast rows of young oil palms, the passengers engaged in passionate debate. Were palm oil plantations good for Gabon? Could and should they be deforestation-free? A pragmatist praised Olam’s efforts to map how local villagers use the land and secure their consent. A more cynical voice remarked “But can the people really say ‘no’ if they know the president is behind the project?” One person commented, “We don’t want zero deforestation to put a big bell over our country and deny us the right to develop, but we do want to protect our forests.”

Our debate on the bus was a microcosm of a global discussion about how to balance rural development and forest protection. We were there to see if we could move the debate forward through a discussion organized by The Forests Dialogue, a group that facilitates multi-stakeholder discussions around key fracture lines in the forests sector. 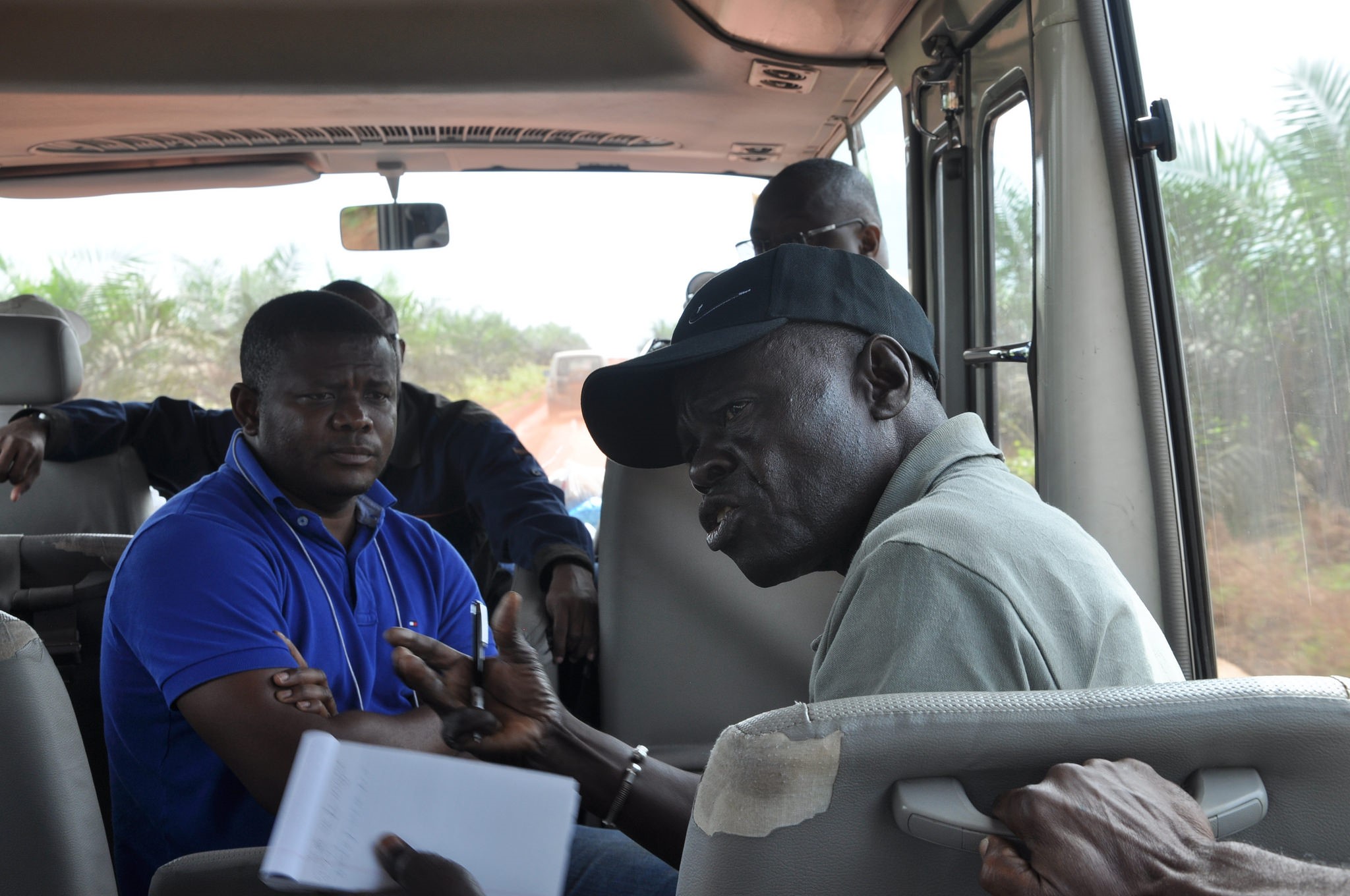 Debate on the bus while travelling through Olam concession in Gabon. Photo by The Forests Dialogue

The deforestation-free movement has emerged as a response to rapid loss of forests globally and the services they provide. Forests are being cleared to open up new areas for production of commodities like palm oil, soy, beef, rubber and cocoa. This creates conflict over land and drives climate change, extinctions, droughts and disease. Hundreds of companies from producers to traders to retailers have now promised to remove deforestation from their supply chains.

As the dialogue got underway, debate zeroed in on how deforestation-free commitments would apply in the relatively few countries, like Gabon, that still have large tracts of intact forest. On the one hand, we heard, the world should do all it can to save these rare gems – for the indigenous cultures that rely on and protect them, their biodiversity (such as Gabon’s gorillas and forest elephants) and for the carbon they store. 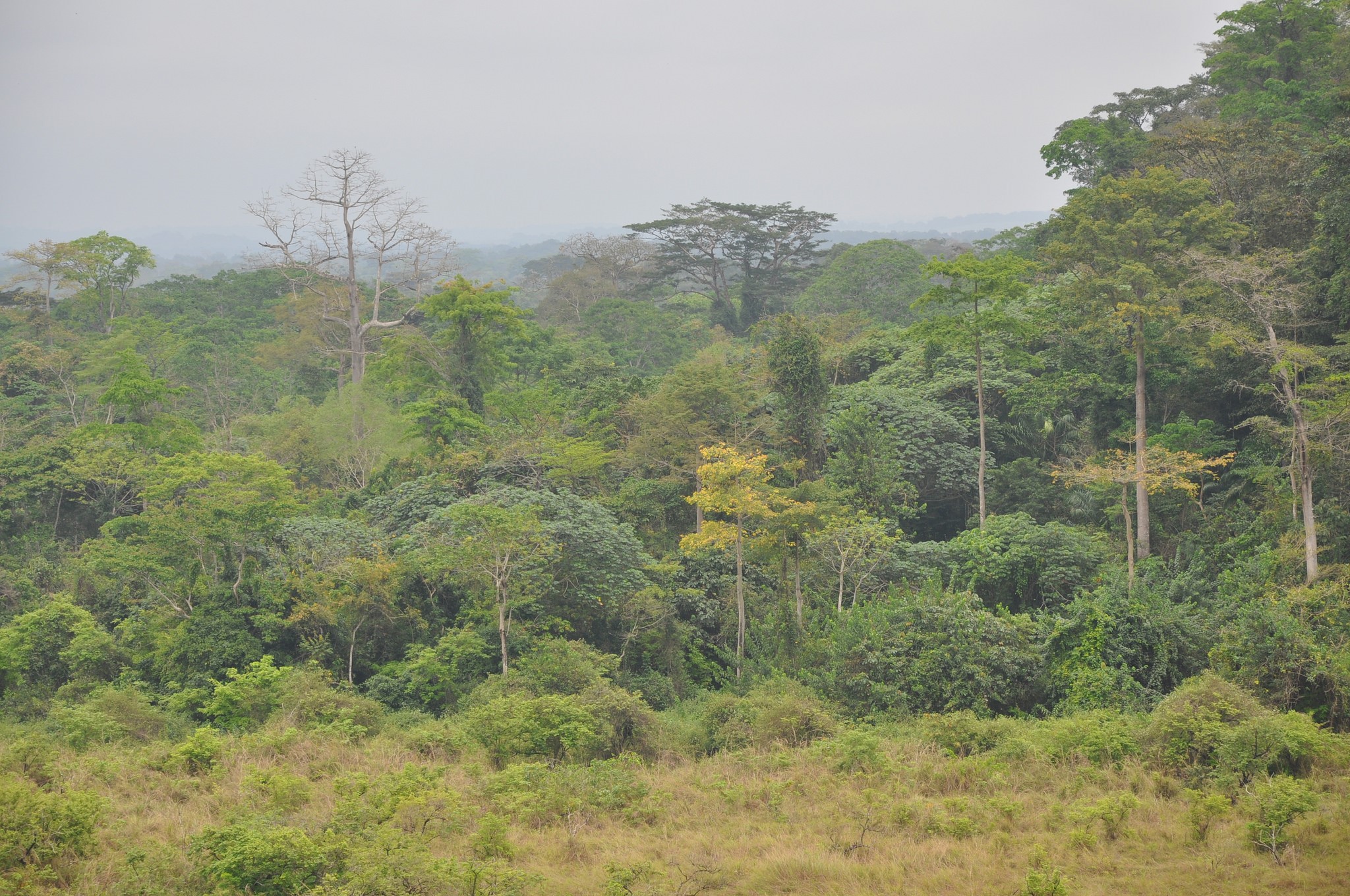 However, many participants from Central African countries made it clear that they saw deforestation-free as a notion imposed from afar. For them, what happens in a country like Gabon should be decided by the people who live there. Some participants were adamant that a forest-rich developing country should be able to convert some of its forests to farmland to build its rural economy, and particularly if this is restricted to secondary forests with lower conservation value that make up only a small percentage of the total forest area. They expressed fears that if Gabon and similar countries are locked out of deforestation-free supply chains, they might turn to markets and investors with less rigorous standards, such as those that have not signed onto deforestation-free commitments. Gabon’s last frontiers of forest would then face a much worse fate.

While we didn’t reach consensus on exactly how to navigate these dilemmas, participants did agree on the need for more discourse, involving local people and governments. They highlighted the need for properly resourced, inclusive processes to develop context-relevant and credible deforestation-free definitions, metrics and approaches. Participants identified a suite of actions they could take at local, national or international levels to advance the deforestation-free agenda in Central African countries. They included everything from broadcasting relevant information to communities via local media to using international platforms, such as the Accountability Framework Initiative and Tropical Forest Alliance 2020, to support national interpretation of international concepts.

My own key takeaway from the event is that efforts to achieve deforestation-free supply chains need to be flexible enough to accommodate aspirations of communities living in and around forests, especially in a highly forested country like Gabon. Overall, the challenge will be to find ways forward that are sensitive to local realities without derailing momentum on curbing deforestation. Like our debate on the bus, the discussion will continue on how best to achieve that goal. But by thinking carefully about how to include countries like Gabon in the deforestation-free discussion, we can make sure everyone has the chance to get on board.