The decisions China and India make in the next few years will be enormously consequential for the planet and for global prosperity.

By 2030, the two countries will account for 34 percent of the world's population, 30 percent of the global economy and 32 percent of its primary energy demand. While they are the first- and fourth-highest greenhouse gas emitters, respectively, they've also acknowledged that fossil fuels are not compatible with sustainable development.

How can they reconcile their growth with their low-carbon ambitions?

The Indian Council for Research on International Economic Relations (ICRIER), Tsinghua University and the New Climate Economy recently brought together a group of high-level experts to discuss the development pathways of both countries. The discussions, which took place in New Delhi on the 29-30 of January, covered global climate leadership, urban development issues, supply and demand energy pathways, and financing for sustainable development. 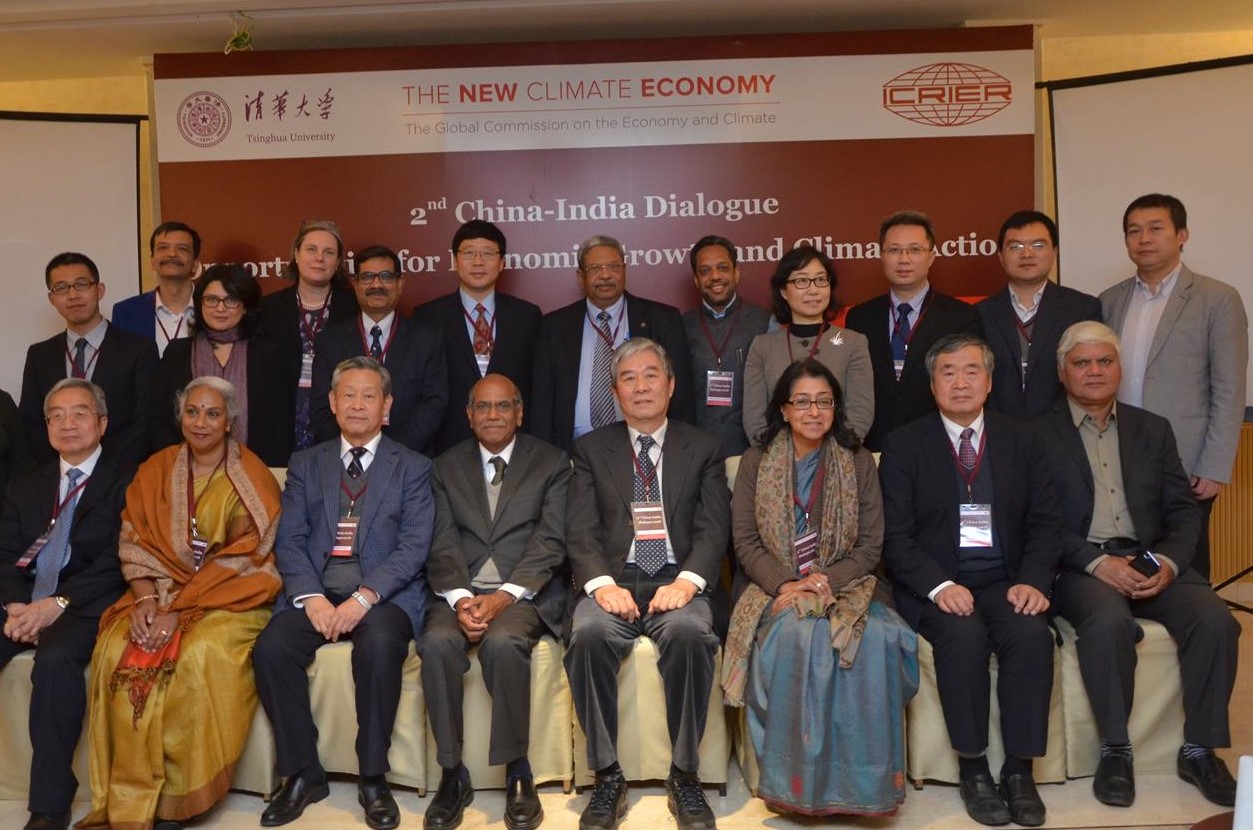 A few key issues will be important to watch:

1. China and India's economic transition provides an unprecedented opportunity to create a new, inclusive and sustainable growth model. China and India are already making significant progress towards their climate goals. India is on track to exceed its 2022 renewables targets with the acceleration wind and solar installations. China, advancing on its 2030 goals, has shown more than 40 percent progress toward its emissions intensity, forest stock volume and clean energy goals a quarter of the way through the implementation period. In parallel, both countries have maintained robust annual economic growth of 6.8 percent (India) and 7.1 percent (China). These developments signal an important shift towards dynamic, low-carbon economies. Moving forward, how can China and India engage with each other to create new models of economic development that can sustain the world's largest populations, adapt to the impacts of climate change and utilize rapid technological advances?

2. Chinese and Indian cities hold the key to the future prosperity. China and India are experiencing unprecedented urbanization—megacities of more than 10 million inhabitants are not unusual in either nation. With this, however, both countries are also having to respond to air pollution crises, increasing congestion and diminished quality of life. What could the cities of the future in China and India look like? What will cities that are home to 20 million look like? What role can new and transformative technologies play in this shift? China and India are already leading on potential solutions to sustainable urbanization. China is the world's largest manufacturer of electric vehicles, while India has pledged to only sell electric vehicles by 2030. These targets could redefine public transit and reduce air pollution dramatically.

3. China's carbon trading market and India's "Perform, Achieve, Trade" scheme are two potential models for carbon mitigation. China recently launched the world's largest carbon trading scheme in its power sector, which currently emits 3.3 billion tons of carbon dioxide annually. The impact of this could be huge: if China's power sector were its own country, it would be the world's fourth largest carbon emitter. The country plans to expand the trading scheme to other high-polluting industrial sectors as the market becomes more established. India's "Perform, Achieve, Trade" scheme aims to improve industrial energy efficiency by creating a trading market for efficiency certificates in energy-intensive sectors and setting energy consumption reduction targets on individual facilities. Other mitigation measures include the Rs 400 coal cess (a $6.34 USD tax or levy) on every ton of coal produced or imported. Both models could provide insights for other countries: the Chinese trading market will be important for the scalability of trading schemes around the world, and the success of India's more targeted approach provides an alternative, less centralized model to improve energy efficiency.

There can be little doubt that what China and India do – on climate and economics – could be a real game-changer. Excitingly, both countries also have the will to do so. How they proceed can provide sustainable development lessons for the rest of the world.