In a time of great uncertainty, mounting environmental threats and receding political leadership, who will step forward?

That was the question on people's minds as 350 guests gathered for WRI's Courage to Lead dinner. The dinner recognized two champions— Darren Walker, president of the Ford Foundation, and Feike Sijbesma, CEO of DSM—who have shown an ongoing commitment to improving the world by tackling inequality and advancing sustainability.

As WRI President and CEO Andrew Steer noted, "We have amazing people,"—activists, journalists, CEOs, philanthropists and more—"at every table."

A Champion for Sustainable Cities

One of the highlights of the evening was the announcement of the new WRI Ross Prize for Cities, which aims to highlight transformative urban projects related to pollution, inequality and growth. WRI Board Chairman Jim Harmon introduced the prize and honored the real estate developer and philanthropist Stephen M. Ross, who is the main sponsor of the award. Submissions for the prize will be collected starting in January and the winning project will receive $250,000.

A Moral Leader for Our Times 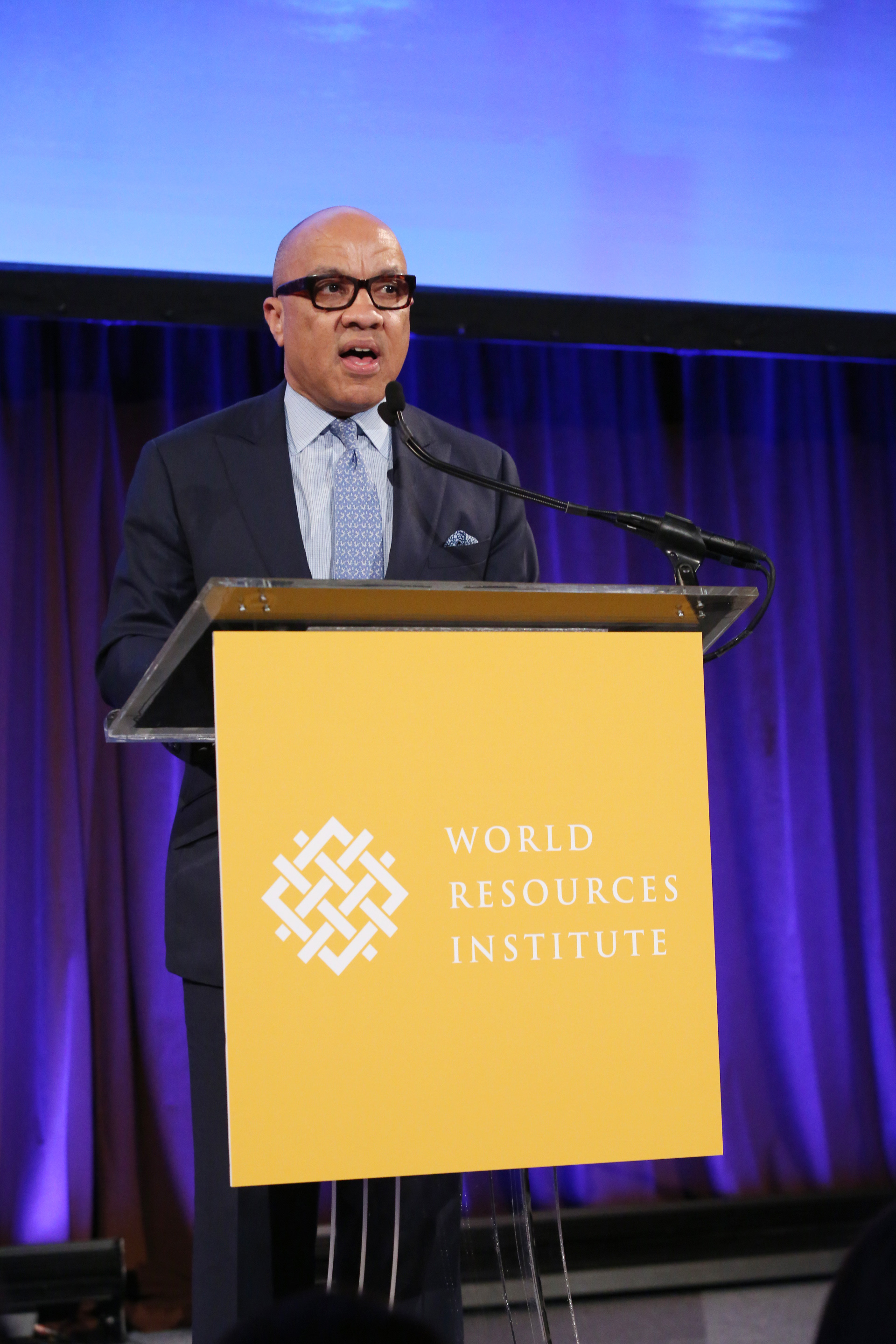 The dinner's first honoree was Darren Walker, a leader known for to addressing inequality and protecting the environment. In introducing Walker, WRI Director and dinner co-Chair Afsaneh Beschloss declared that "from the first time I met Darren, I knew he was unafraid of bold choices to help the poor and disadvantaged."

One such choice was forging the decision by the Ford Foundation to direct over $1 billion of its endowment toward mission-based investments—one of the largest investments of its kind.

In accepting his award, Walker said, "Inequality is at the root of pernicious challenges which pose a risk to our collective future." 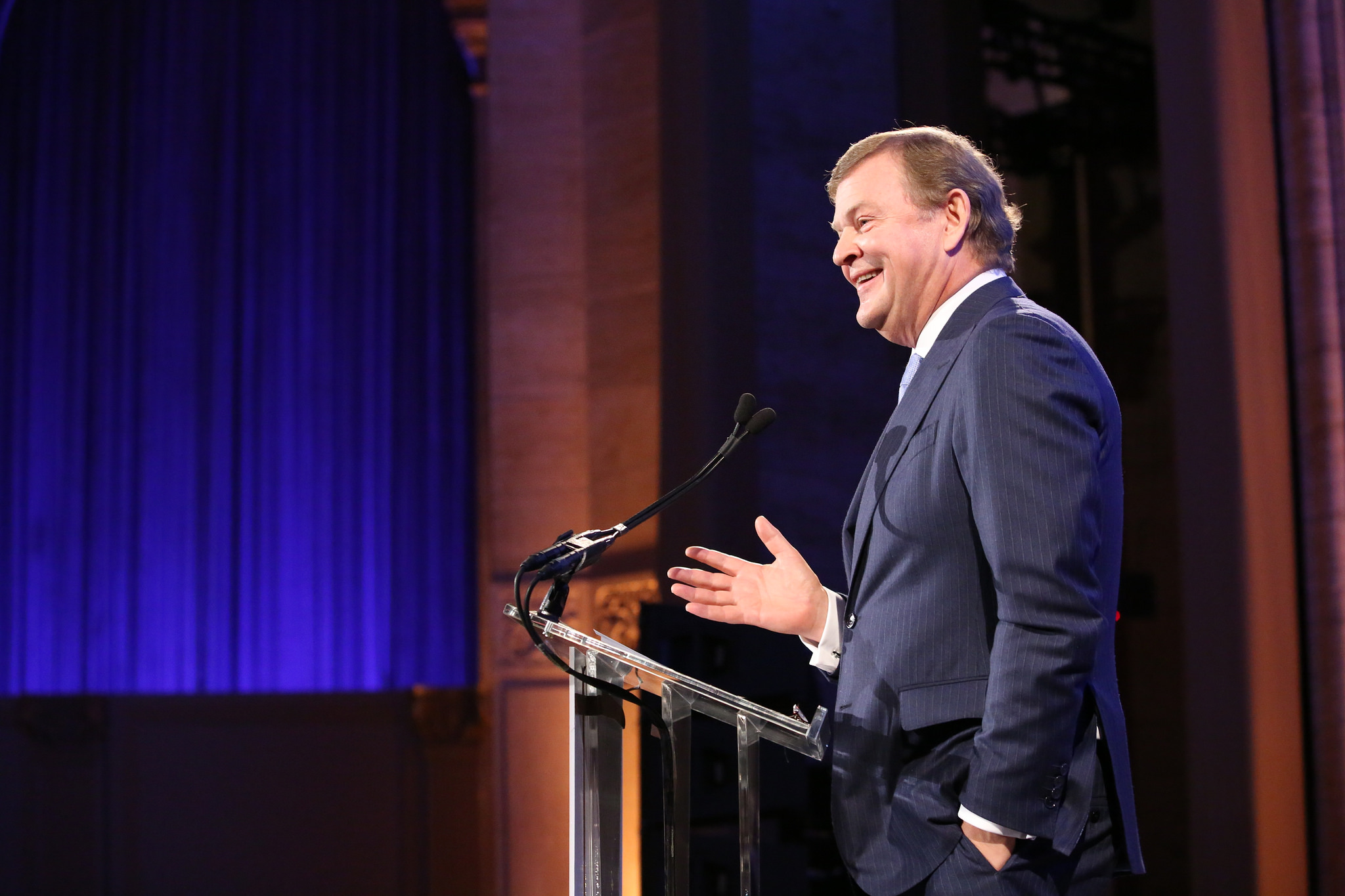 The evening's second honoree, DSM CEO Feijke Sijbesma, began by telling the audience that the power businesses wield must be accompanied by something more: "When you gain impact, the first word that comes to your mind should be responsibility."

Sijbesma is widely recognized for helping shift DSM – originally created as a Dutch mining company – into a leading health, nutrition and materials company. He also leads corporate climate efforts through the World Economic Forum and the World Bank.

WRI Board Member Christiana Figueres recognized Sijbesma's international climate leadership, including how, during a tense moment in climate talks, she gave Sijbesma a look, hoping he could help her out. He left the room—and shortly returned with 60 CEOs supportive of climate action.

Figueres was introduced by former President of Mexico and current WRI Board Member Felipe Calderón, who acknowledged both Sijbesma and Figueres' global role in forging the Paris climate agreement and mobilizing support for its implementation.

DSM's stock price is up 60 percent since Sijbesma took the helm—which comports with WRI research that finds that smart climate action should be integrated into economic and business growth strategies.

Like Walker, Sijbesma linked his work to the fight against inequality. "We cannot blame Bangladesh and Somalia for climate change," he said, "but they are the first to suffer." He takes these issues personally: "We need to commit that before we leave the planet issues of climate change and hunger are addressed."

Both Walker and Sijbesma received images by Dutch photographer Martin Roemers, whose work focuses on human drama in the world's megacities, courtesy of Anastasia Photography Gallery.

Answering the Knock at Midnight

As West referenced, in 1967, Martin Luther King, Jr. preached that "answering the knock at midnight" meant not turning away those in need for one's own comfort. As the world faces complex, inter-related challenges of inequality, hunger, and climate change, this year's Courage to Lead honorees carry that message forward and represent a vision of hope for a brighter future.

Jennifer Scully-Lerner, another WRI Board Director, reminded guests that the evening's funds help WRI to advance its missions of creating a more sustainable, equitable planet for all people.

Learn how you can support WRI's work and mission and make a donation today.