There was a surprise on climate change in the past few days. No, it wasn’t President Trump’s announcement that he was going to pull the U.S. out of the Paris Agreement. While there was a slim chance that Trump would change his mind, he has shown no understanding of climate change, has taken steps to slow action and generally rejects science in his policies.

The big surprise was the loud and unmistakable outcry in response to that decision. That outcry came from leaders in all parts of the globe. It came from leaders in states and cities across the country. And it came from big business and utilities and citizens who were outraged or merely confused by the President’s continued twisting of facts around climate change.

Together, these responses reinforce that we are in a very different time than just a few years ago. The risks of climate change are abundantly clear and the evidence supporting the benefits of action are growing. The momentum behind the Paris Agreement will not be stopped by one country or one person.

Following are some highlights of what people are saying in response to the announcement:

French President Emmanuel Macron, German Chancellor Angela Merkel and Italian Prime Minister Paolo Gentiloni in a joint statement: “We deem the momentum generated in Paris in December 2015 irreversible, and we firmly believe that the Paris agreement cannot be renegotiated since it is a vital instrument for our planet, societies and economies.”

Prime Minister Narendra Modi of India on Twitter: “Paris Agreement reflects our duty towards protecting the Earth and our natural resources. For us, this is an article of faith.” 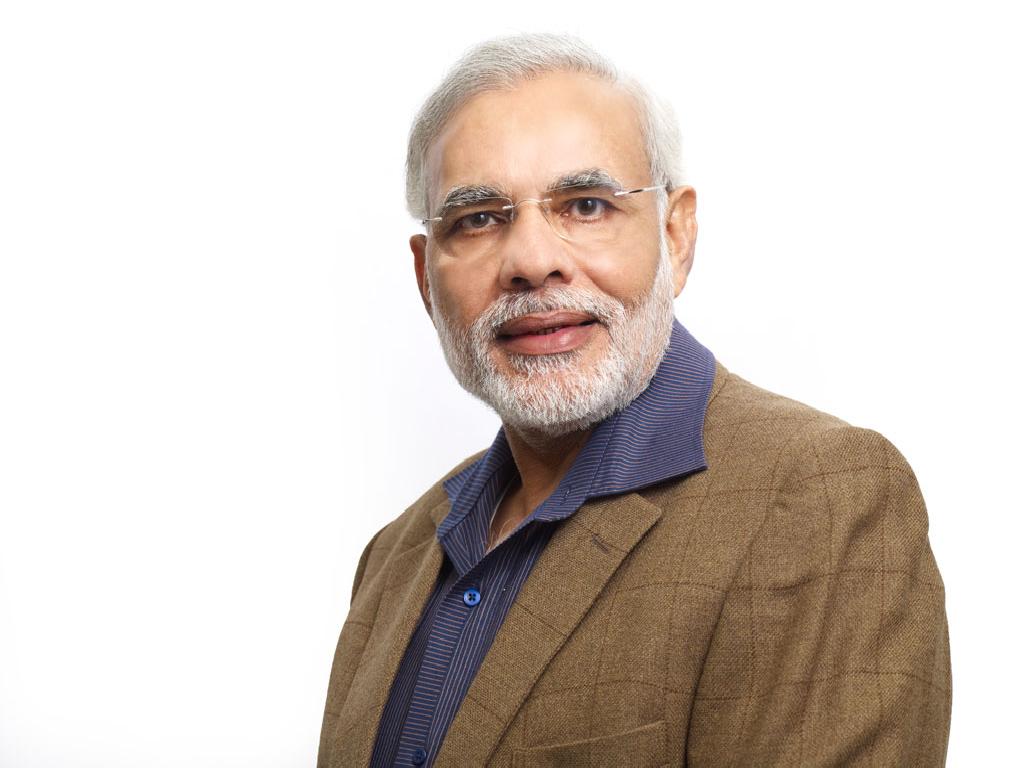 Prime Minister Modi of India has committed to continue with the Paris Agreement. Flickr/Global Panorama

Environment Minister Harsh Vardhan of India: “India under [Prime Minister Narendra] Shri Modi's leadership has taken up renewable energy as an article of faith and is steadfast on its Paris commitments, irrespective of what others do.”

President Emmanuel Macron of France: “Wherever we live, whoever we are, we all share the same responsibility: make our planet great again.”

Prime Minister Justin Trudeau of Canada: “We are deeply disappointed that the United States federal government has decided to withdraw from the Paris Agreement. Canada is unwavering in our commitment to fight climate change and support clean economic growth. Canadians know we need to take decisive and collective action to tackle the many harsh realities of our changing climate.”

President Enrique Peña Nieto of Mexico: “Mexico maintains its support and commitment to the Paris Agreement to stop the effects of global climate change.”

Spokesperson for Prime Minister Theresa May of U.K. (following phone call with President Trump): “The Prime Minister expressed her disappointment with the decision and stressed that the UK remained committed to the Paris Agreement … She said that the Paris Agreement provides the right global framework for protecting the prosperity and security of future generations, while keeping energy affordable and secure for our citizens and businesses.”

Miguel Arias Canete, EU Climate Action and Energy Commissioner: “The EU will strengthen its existing partnerships and seek new alliances from the world's largest economies to the most vulnerable island states ... Together, we will stand by Paris, we will implement Paris.”

Premier Li Keqiang of China, reported by China Daily: “China will continue to work steadfastly to implement the commitment of the Paris climate deal and join hands with all parties to tackle climate change.”

President Hilda Heine of the Marshall Islands: “Today’s decision is not only disappointing, but also highly concerning for those of us that live on the frontline of climate change. As one of the United States’ closest friends and strongest allies we have long believed in the importance of US global leadership.”

Additionally, six Brazilian former Ministers of Environment wrote in a joint article: "Decisions like that of President Donald Trump, on the eve of environment week, make us question what age we are really living in. In rejecting facts and science, Trump has given his signal to the world... The agreement's member countries, environmental, political and religious leaders and companies reacted against the setback and sent back their message: the climate agreement will continue without the U.S. government, which will be left behind in the low-carbon economy."

246 U.S. Climate Mayors commit to adopt, honor and uphold Paris Climate Agreement goals: “As 246 US Mayors representing 54 million Americans, we will adopt, honor, and uphold the commitments to the goals enshrined in the Paris Agreement. We will intensify efforts to meet each of our cities’ current climate goals, push for new action to meet the 1.5 degrees Celsius target, and work together to create a 21st century clean energy economy.”

Gov. Jerry Brown of California: "Donald Trump has absolutely chosen the wrong course. He's wrong on the facts. America's economy is boosted by following the Paris Agreement. He's wrong on the science. Totally wrong. California will resist this misguided and insane course of action. Trump is AWOL but California is on the field, ready for battle."

Gov. John Kasich of Ohio: “I know that climate change is real. It is a global issue and will need a global agreement to address.”

Mayor Bill Peduto of Pittsburgh: “As the Mayor of Pittsburgh, I can assure you that we will follow the guidelines of the Paris Agreement for our people, our economy & future.” 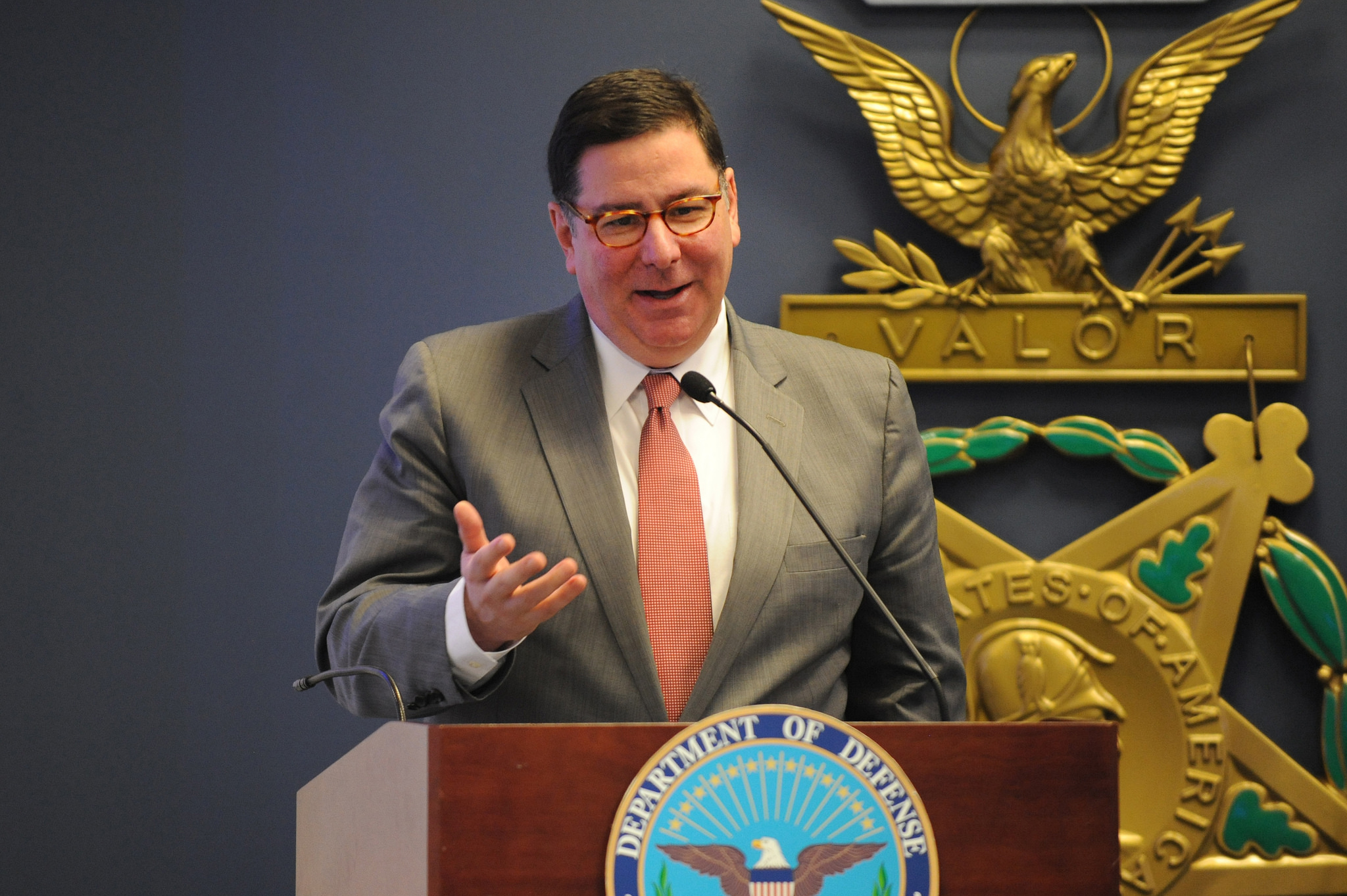 Mayor Sylvester Turner of Houston: “We must not let the President’s decision today slow our efforts. As the energy capital of the world and the nation’s largest municipal purchaser of green power, Houston is leading by example and living proof that large, industrial cities can have a robust economy and also fight climate change.

Gov. Jay Inslee of Washington: “We have implemented a cap on carbon pollution, and we will continue working with businesses and research institutions to develop and deploy 21st century clean energy solutions.”

Gov. Charlie Baker of Massachusetts: “Massachusetts is aggressively working to exceed the goals of the Paris Agreement on the state level, while growing our economy through clean energy innovation and environmental stewardship.”

Mayor Rahm Emanuel of Chicago: "Reneging on the Paris Agreement is shortsighted and does not make climate change any less real. From reducing our energy use to expanding public transit, Chicago will not skirt our responsibility to act.”

Nick Akins, CEO, American Electric Power on NPR: “I think it's really important for us to stay engaged from an international community standpoint, particularly addressing large issues. And not withstanding that, we're continuing on our path of moving to a clean energy economy.”

Elon Musk on Twitter: "Am departing presidential councils. Climate change is real. Leaving Paris is not good for America or the world."

Lloyd Blankfein, chief executive of Goldman Sachs: "Today's decision is a setback for the environment and for the U.S.'s leadership position in the world. #ParisAgreement"

Tim Cook, CEO of Apple: “I spoke with President Trump on Tuesday and tried to persuade him to keep the US in the agreement. But it wasn’t enough . . . I want to reassure you that today’s developments will have no impact on Apple’s efforts to protect the environment.”

Bill Ford, Chairman of the Ford Motor Co.: "We believe climate change is real, and remain deeply committed to reducing greenhouse gas emissions in our vehicles and our facilities."

Bob Iger, Chairman and CEO, The Walt Disney Company on Twitter: "As a matter of principle, I've resigned from the President's Council over the #ParisAgreement withdrawal."

Jeff Immelt, Chairman & CEO of General Electric on Twitter: “Disappointed with today’s decision on the Paris Agreement. Climate change is real. Industry must now lead and not depend on government.” 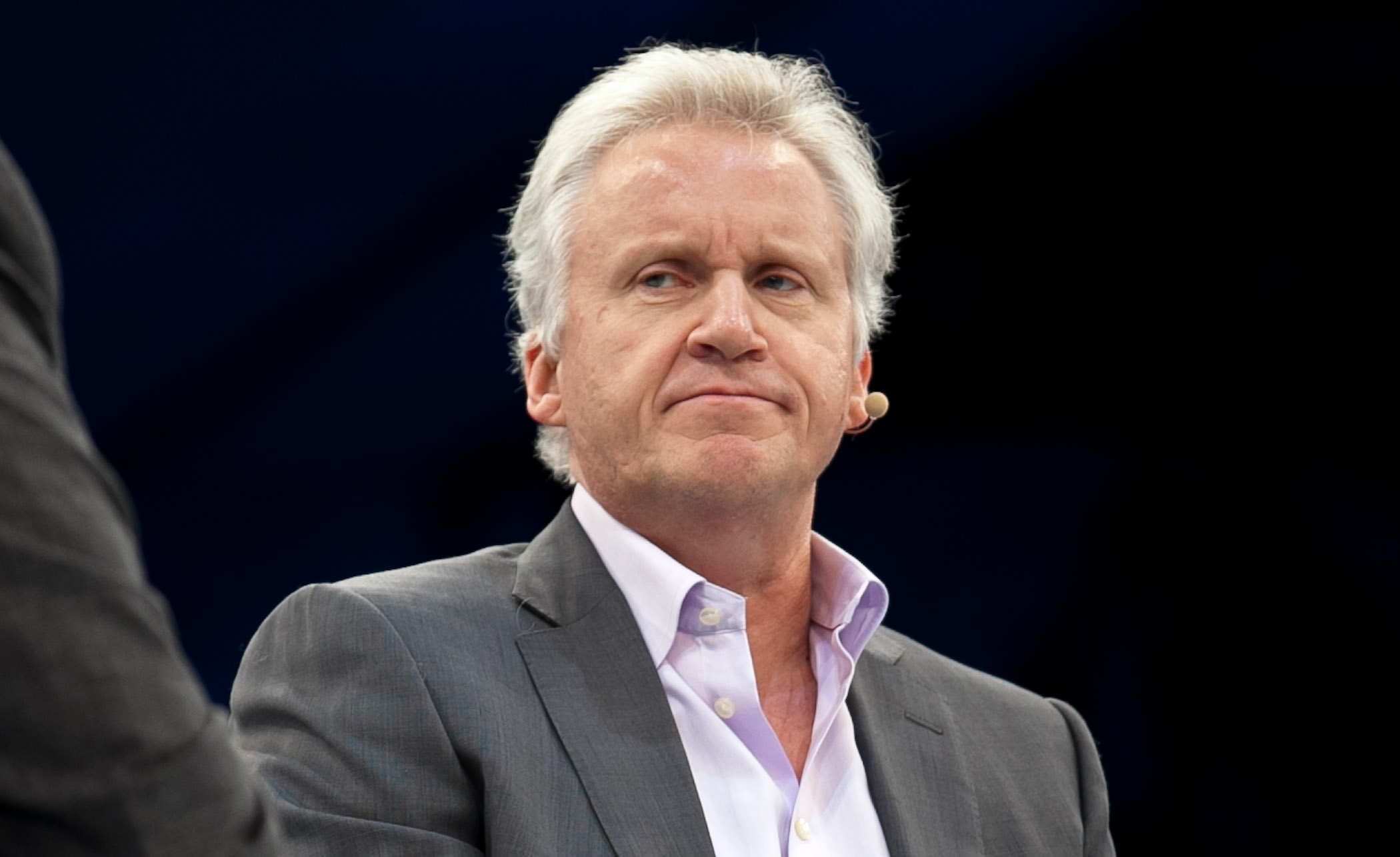 David MacLennan, Chief Executive of Cargill: “It is extremely disappointing. Exiting international accords like the Paris Agreement will negatively impact trade, economic vitality, the state of our environment and relationships amongst the world community.”

Mark Zuckerberg, CEO of Facebook: “Withdrawing from the Paris climate agreement is bad for the environment, bad for the economy, and it puts our children's future at risk. For our part, we've committed that every new data center we build will be powered by 100% renewable energy.”

Shell on Twitter: "Our support for the #ParisAgreement is well known. We will continue to do our part providing more & cleaner energy."

National Grid: "A clean energy transition is good for our customers and the economy, and the right thing to do. That’s why National Grid remains committed to addressing climate change head on and will continue to support our customers and communities to reduce harmful emissions and better prepare our economy for the future. In recent weeks, we have joined several of the largest US companies to urge President Trump to keep the United States in the Paris Agreement on climate change."

UN Secretary-General António Manuel de Oliveira Guterres: “The decision by the United States to withdraw from the Paris Agreement on climate change is a major disappointment for global efforts to reduce greenhouse gas emissions and promote global security.”

Former Mayor Michael Bloomberg: “Americans are not walking away from the Paris Climate Agreement … Just the opposite – we are forging ahead. Mayors, governors, and business leaders from both political parties are signing onto a statement of support that we will submit to the UN – and together, we will reach the emission reduction goals the U.S. made in Paris in 2015.”

Mayor Anne Hidalgo of Paris, and Chair of C40 Cities: “No matter what decision is made by the White House, cities are honoring their responsibilities to implement the Paris Agreement. There is no alternative for the future of our planet.” 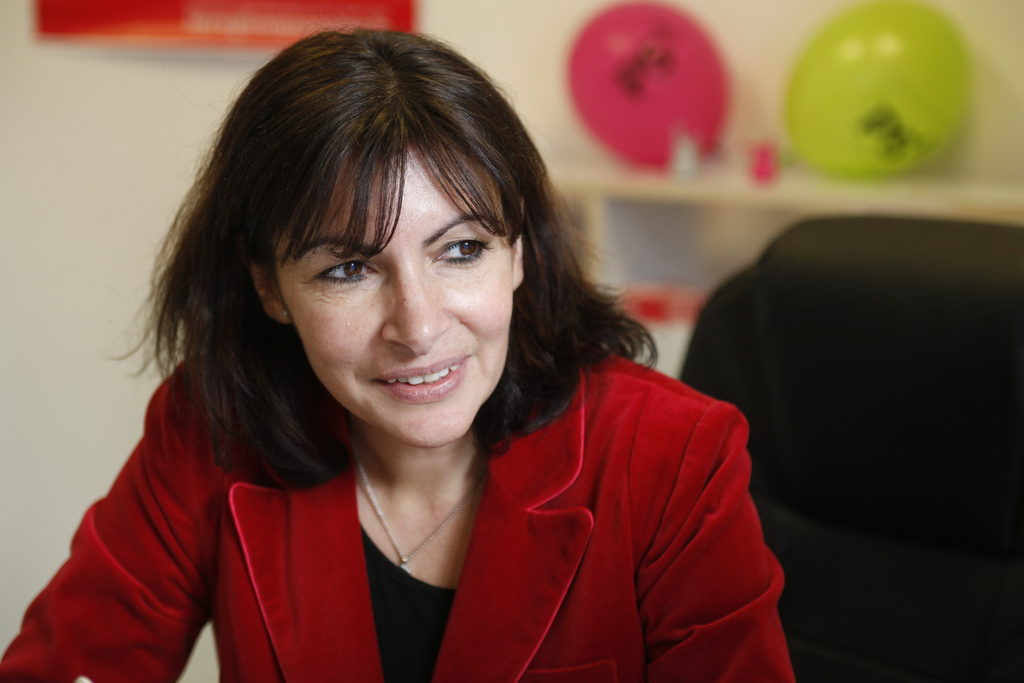 Christiana Figueres, former executive secretary of the UNFCCC, who oversaw the creation of the Paris Agreement, referred to the President’s announcement as a “vacuous political melodrama.” She said, “States, cities, corporations, investors have been moving in this direction for several years and the dropping prices of renewables versus high cost of health impacts from fossil fuels, guarantees the continuation of the transition.”

Salaheddine Mezouar, COP22 President: “Despite this decision, climate action remains undeniable and irreversible. Our collective efforts to fight climate change don’t stop, not here, not today, quite the contrary they accelerate. Nations of the world, State and Non-State actors, governments, civil society, companies, NGOs and universities are already engaged in the transition towards a clean and sustainable future ripe with economic opportunity and jobs, all while being respectful of the environment.”

Cardinal Peter Turkson who led a Vatican delegation that was influential in brokering the Paris Agreement in 2015: “This for us is something we hoped would not have happened … The truth is, climate is a global public good and not limited to any country.”

Former President Barack Obama: “The nations that remain in the Paris Agreement will be the nations that reap the benefits in jobs and industries created. I believe the United States of America should be at the front of the pack.”