As the Paris Agreement begins to be implemented, countries are starting to put their Nationally Determined Contributions (NDCs) into action. Most NDCs include an adaptation goal, and countries will be required to report on progress made toward it. In addition, many countries already have National Adaptation Plans and other national or sectoral policies and plans in place, against which adaptation progress is measured.

There are several reasons why countries need to plan carefully to track their progress: effective tracking helps to ensure that adaptation interventions that have been implemented are indeed increasing resilience; can guide future efforts by indicating which measures really work; and can help to attract additional funding by validating progress. Although countries have begun trying to assess adaptation progress at multiple levels, such as national, regional or portfolio scales, there is no single clear methodology that is right for all contexts.

In order to know whether progress on adaptation is being made at the national level, countries need to consider tracking adaptation in two ways simultaneously: progress based on national-level adaptation policies and plans, and progress stemming from on-the-ground adaptation projects. Although NDCs and other policy frameworks are national, adaptation projects are most often implemented at the local scale.

Adaptation projects can take on a range of forms in order to meet the specific needs of the context, depending on who is vulnerable, what impacts of climate change are they facing, and non-climate factors that may influence success, such as economic and demographic changes. The implementation of projects is often overseen by donors, each of whom monitors and evaluates progress differently. This makes understanding the full nationwide picture of adaptation progress challenging.

Countries therefore need to have a framework or system that considers both policy-driven adaptation actions and local adaptation projects. Such a framework needs to work at multiple scales and utilize existing data systems and processes. Implementing such a framework is challenging, as it necessitates intense coordination across adaptation project implementers and government agencies, as well as a great deal of data, which requires sufficient capacity to collect, manage and analyze.

Keeping all these issues in mind, as part of the Green Climate Fund (GCF) Readiness Programme, WRI has supported several activities in Fiji to help the country to improve its ability to track adaptation progress. Developing a strong monitoring and evaluation system is a critical step to acquiring climate finance from global funds, such as the Green Climate Fund, because in order to receive funds, countries must demonstrate their ability to track how climate resilience is being built.

Notably, feedback we received after sharing the draft framework with relevant government agencies in Fiji indicates that before they could implement the proposed framework, government agencies required additional capacity building on the concepts of climate change adaptation and monitoring and evaluation. 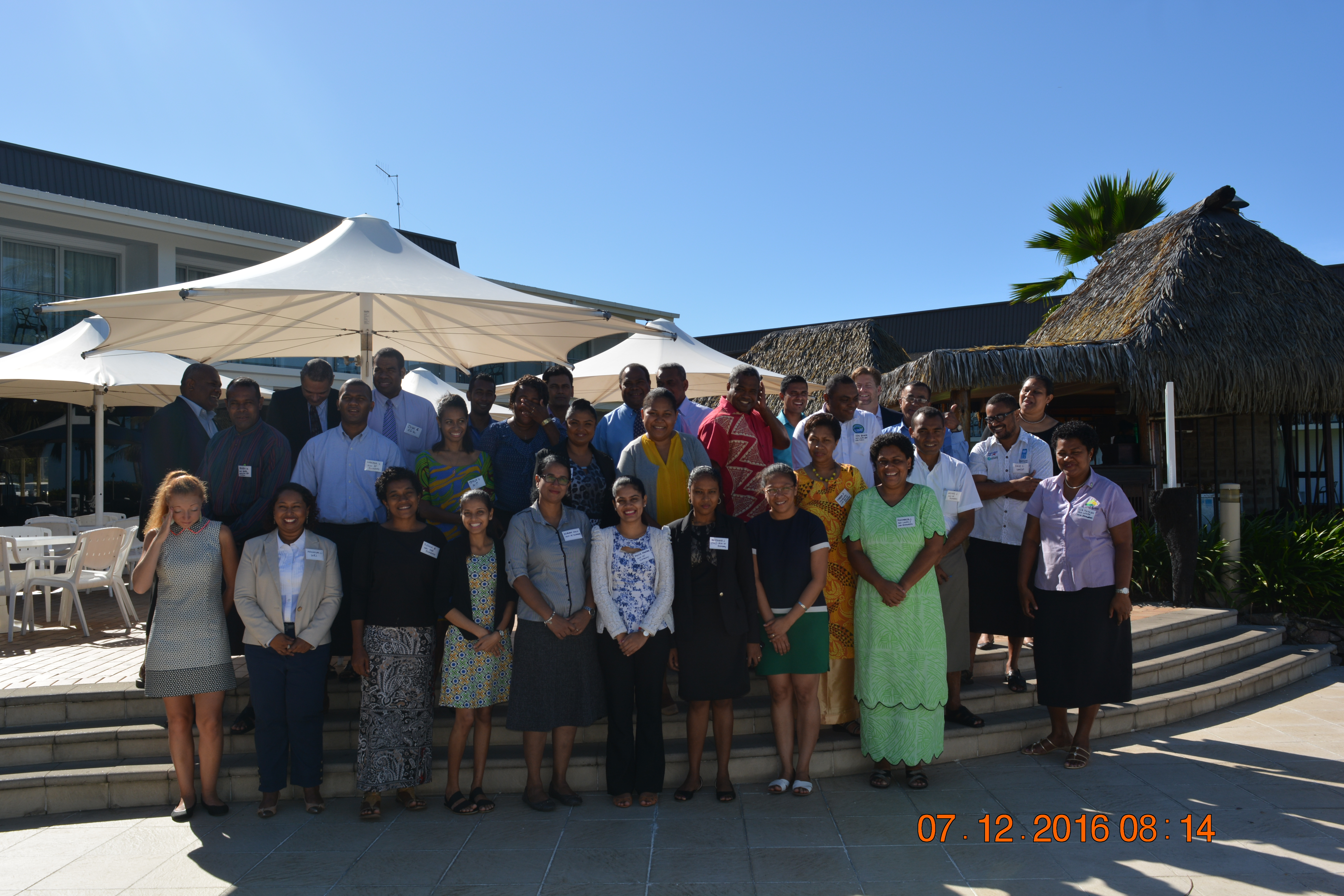 To this end, WRI conducted a two-day workshop in Fiji in December 2016 to train government agencies on key concepts surrounding monitoring and evaluation adaptation activities. At the workshop, WRI reviewed Fiji’s draft National Climate Change Adaptation Strategy (NCCAS) objectives and asked participants to link local project-level monitoring and evaluation efforts to these strategies at the national level, to draw out for discussion current limitations and successes in sharing data from local- or agency-levels to the national level.

During the workshop, WRI also facilitated a conversation about the institutional relationships between the likely GCF National Implementing Entity in Fiji, the Fiji Development Bank, and the Ministry of Economy’s Climate Change Unit (CCU), as these institutions will need to work together to implement framework system to track adaptation progress in Fiji. Discussions among CCU and other ministries revealed several challenges, such as difficulty coordinating among agencies to collect data, storing data so that it does not get lost, inaccuracy of data and inability to share data. The CCU is helping to address several of these challenges by building a data gathering and sharing system using existing Fijian government resources.

Key recommendations for Fiji and other countries as they begin to build their capacity and data systems for tracking adaptation progress at the national level include:

However, before any of these recommendations for building data systems and implementing monitoring frameworks can be put into place, countries need to assess their current levels of knowledge of, and capacity to act on, climate change adaptation. WRI’s experience in Fiji has shown how critical it is to ensure that government agencies are well-equipped with this baseline of knowledge and capacity before implementing a system to gauge national-level progress on adaptation. This capacity is especially critical as countries gear up to request and program additional climate finance to build resilience.