Karyn Tabor works at Conservation International on the development of their Firecast tool. Greg Soter is a GIS programmer who adapted the Firecast model for Indonesia.

This summer, visitors to U.S. national parks and forests will be greeted by Smokey the Bear, the Forest Service’s beloved mascot, delivering a warning about the day’s fire danger. Those warnings are important--signs point to another record fire year for the country. But this summer, many of the world’s most damaging fires may actually occur halfway around the world in the forests and peatlands of Indonesia.

Last year, Indonesia’s forest and land fires emitted more than the entire U.S. economy on a daily basis for half the summer. Toxic smoke and haze afflicted hundreds of thousands, disrupting the economy, triggering respiratory problems and even causing deaths. Could this crisis be averted if Indonesia had its own version of Smokey the Bear’s daily fire danger warnings? 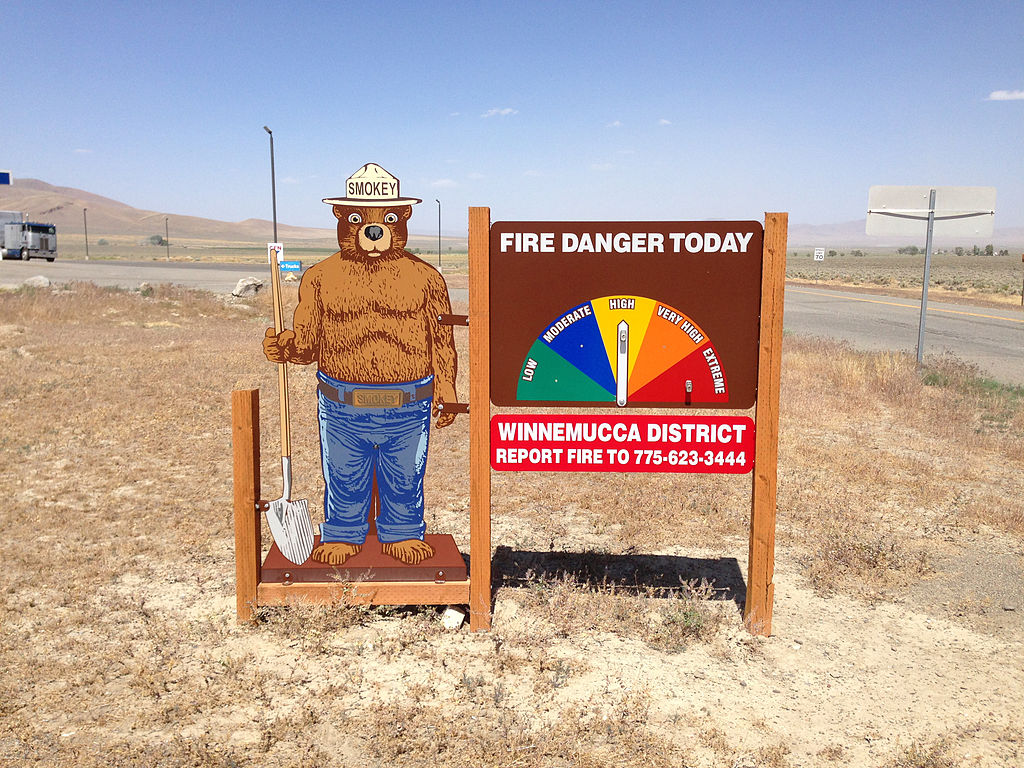 The new Fire Risk Map on Global Forest Watch Fires aims to provide a Smokey for Southeast Asia. Every day, a computer model generates a new interactive map showing where dry conditions increase fire risk in Indonesia and Malaysia. The tool can help decision-makers take action to prevent fires before they ignite.

How the Map Works

Experts with Conservation International’s Firecast initiative, the Global Solutions Group and WRI developed the fire risk map based on the U.S. Forest Service’s Fire Danger Rating System. It calculates the risk of a fire catching and spreading in a given area using satellite-based data on temperature, humidity and rainfall. These metrics help estimate how wet or dry forest litter (dead tree and plant materials) is—the drier the litter, the higher the risk. As the chart below shows, when you have sustained periods of high flammability such as last season’s El Niño conditions, fires can quickly surge. Last year, Central Kalimantan, which experienced the greatest number of fires, sustained a moderate to high average fire risk score for a period of 143 days from June 21th until Nov 11th, resulting in 29,785 fire alerts.

Of course weather isn’t the only factor determining whether fires will take hold. Most of Indonesia’s forest fires are human-caused, usually to clear forests for agricultural and forestry activity. But levels of dryness affect whether these fires will spread and surge out of control. With daily warnings on when and where land is most flammable, government agents, companies and communities can channel resources to areas most likely to burn. 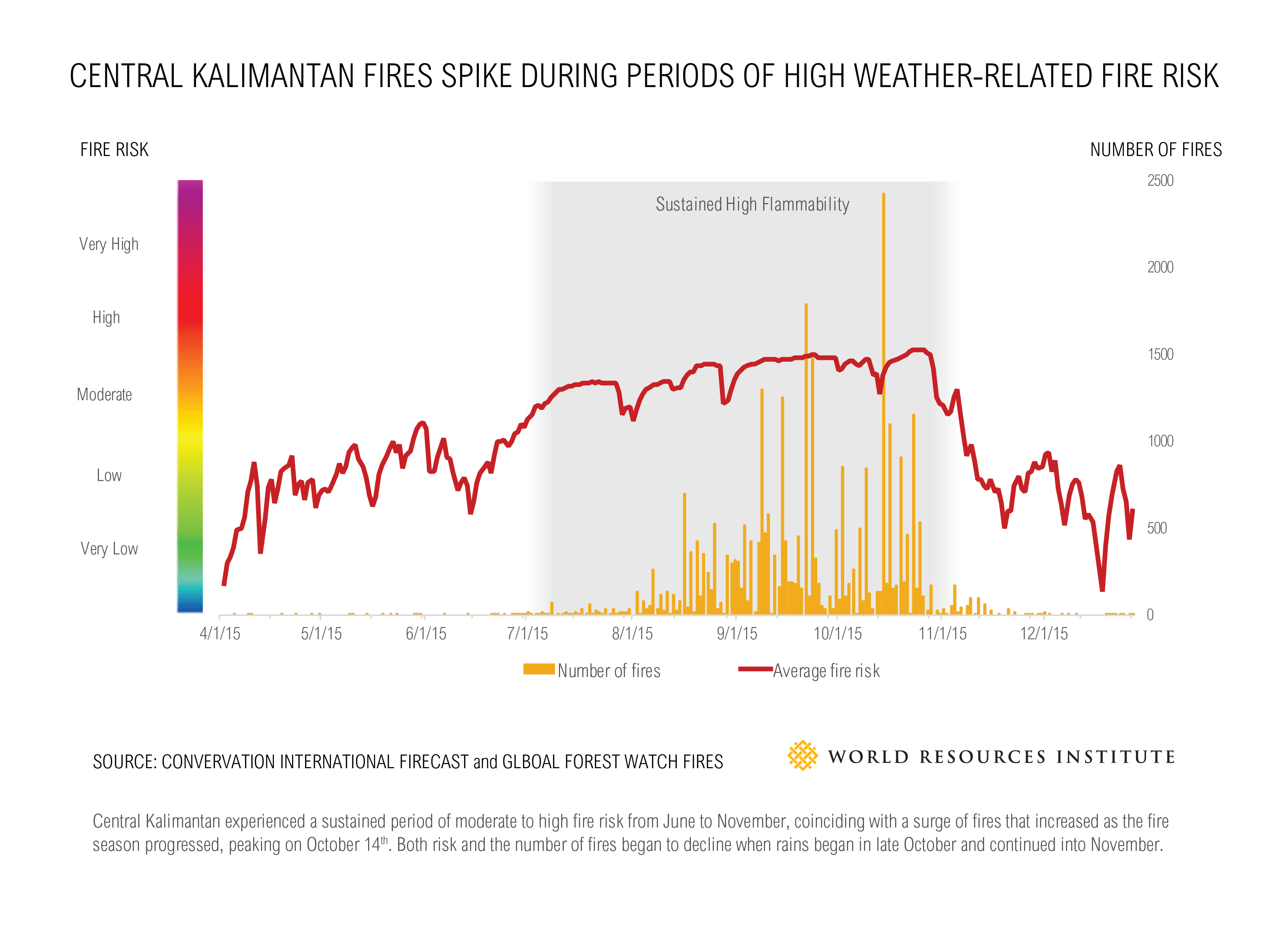 Indonesia is currently entering its dry season (June to October), when fires typically spike and air quality deteriorates. However, El Niño, a cyclical climate event which warms sea temperatures and led to dry conditions in 2015, has now largely ended. Instead, there is a 75 percent chance of La Niña, the cooler inverse of El Niño, which would create wetter-than-average conditions for Indonesia and perhaps a shorter dry season.

So far in 2016, most of Indonesia has been relatively rainy and with few fires, although conditions are growing drier. The new fire risk data shows that average fire risk is at moderate to low in provinces that saw significant fire outbreaks last year, but beginning to enter high-risk conditions in portions of Riau Province and Central and West Kalimantan.

Signs of lower fire risk should not be cause for complacency. It is cheaper to prevent fires than react to them, and this fire season could present an opportunity to tackle the roots of the problem.

Government agencies can also be proactive:

Global Forest Watch and Conservation International plan to continue working together to build on this effort, including potentially expanding to other geographic regions. We welcome your input on how this information could be useful to your work.