WRI’s fact sheet series, How States Can Meet Their Clean Power Plan Targets, examines the ways states can meet or even exceed their standards under the Clean Power Plan while minimizing compliance costs, ensuring reliability and harnessing economic opportunities. This post explores these opportunities in Wisconsin.

The Clean Power Plan (CPP) calls for Wisconsin to reduce its power sector emissions 34 percent below 2012 levels by 2030. While the U.S. Supreme Court has temporarily halted CPP implementation while legal challenges are considered, this stay is not a reason for Wisconsin to stop planning for a lower-carbon power sector. New WRI analysisshows Wisconsin can harness economic opportunities in clean energy and put the state in a strong position to meet or even exceed its CPP targets.

Getting from Here to There

While Wisconsin’s power plant emissions in 2012 were 24 percent below 2005 levels due to reduced coal generation, increased energy efficiency, and increased use of natural gas and renewables. However, without any new policies to promote a continued shift toward a cleaner power sector, emissions are projected to grow 5 percent between 2012 and 2030.

But by taking the following three steps, Wisconsin can reduce emissions and exceed its CPP target: 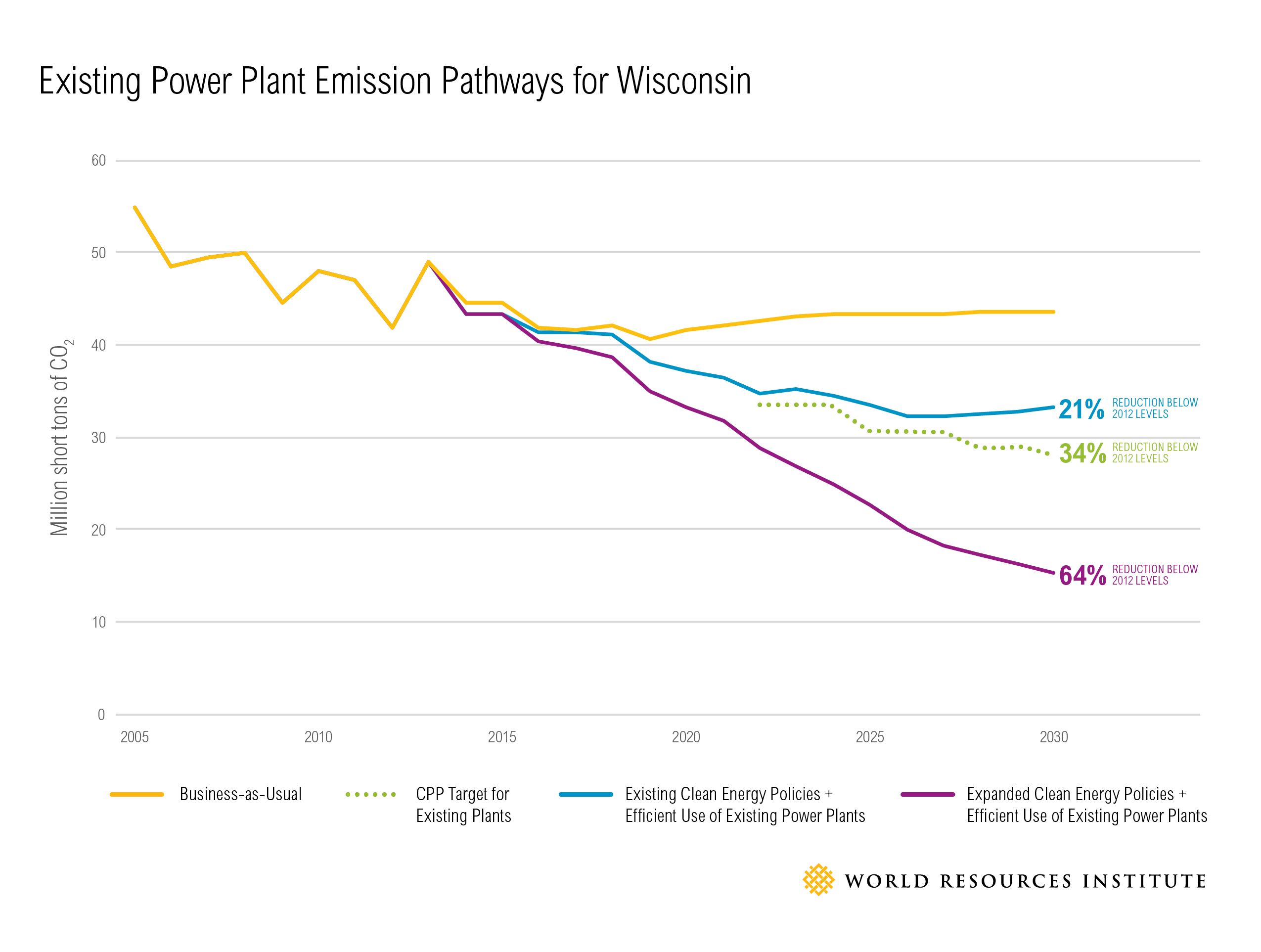 Using market-based carbon pricing programs — like a cap-and-trade program or carbon tax — and increasing investment in energy efficiency and renewable energy can not only cut emissions, but yield economic benefits for the state: