WRI’s fact sheet series, How States Can Meet Their Clean Power Plan Targets, examines the ways states can meet or even exceed their standards under the Clean Power Plan while minimizing compliance costs, ensuring reliability and harnessing economic opportunities. This post explores these opportunities in Illinois, the fifth state in the series.

While the U.S. Supreme Court temporarily halted implementation of the Clean Power Plan (CPP) while the courts consider legal challenges, it’s in states’ own best interests to continue moving forward with renewable energy and efficiency. Illinois is no exception.

Under the CPP, Illinois must reduce its power sector emissions by 34-35 percent below 2012 levels by 2030. New WRI analysis shows that the state’s existing clean energy policies and opportunities to make better use of existing power plants can reduce power plant carbon dioxide emissions 27 percent below 2012 levels by 2030, getting it more than 75 percent of the way to its target. And getting the rest of the way there is both achievable and cost-effective.

Illinois’s power plants have reduced their carbon dioxide emissions by 3 percent between 2005 and 2012, mostly by using more natural gas and renewables and less coal. However, demand for electricity is expected to grow, with power sector emissions projected to increase by 10 percent between 2012 and 2030.

The good news is that Illinois can take three steps to decrease its emissions to meet or exceed its CPP targets: 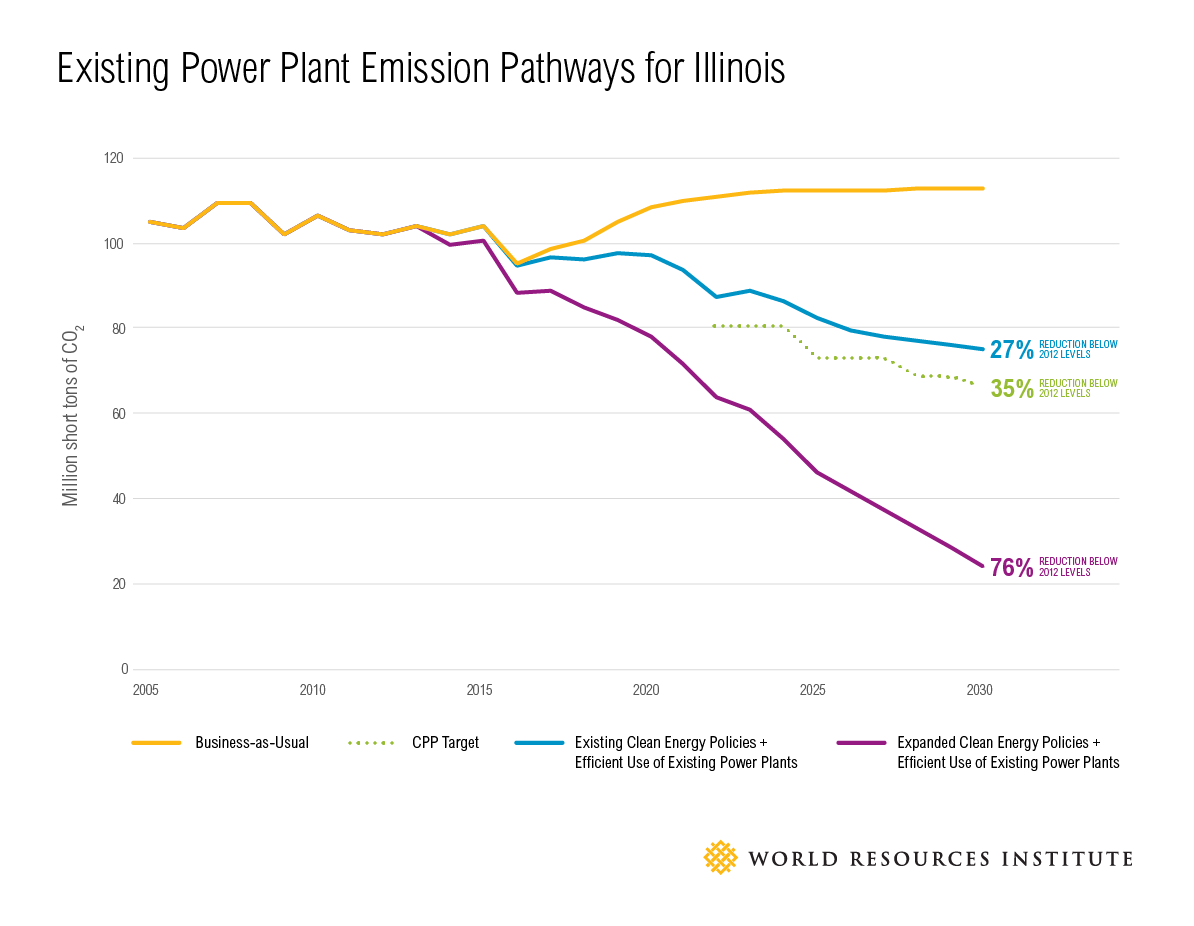 These reductions are also cost-effective. Consider the following:

Even with the stay on the CPP, Illinois has every reason to move forward with its transition to a low-carbon power sector. By expanding its clean energy policies and addressing current barriers, Illinois would put itself in a position to be ahead of the game when EPA is able to move forward with regulating carbon pollution from power plants, which experts expect it to. At the same time, the state would be able to scale up the benefits from these policies, reduce the need to invest in other states’ power sectors, and achieve deeper carbon emissions reductions more cost-effectively.