Few people realize the important role water plays in our daily energy use, or the energy required to heat, treat, and supply water. Powering one 60-watt bulb for 12 hours a day over the course of a year can require 3,000 to 6,000 gallons of water — enough to fill a large tanker truck. Meanwhile, the electricity used for water treatment can be as much as one-third of a city’s energy bill.

Most companies’ value chains are heavily dependent on water and energy resources. Automobile manufacturers, for example, create products that rely on metals, chemicals, oil, and gas, which are among the most energy- and water-intensive industries. Others, including technology and telecommunications companies, are major customers of — and suppliers to — those industries. Almost everyone has some skin in this game. 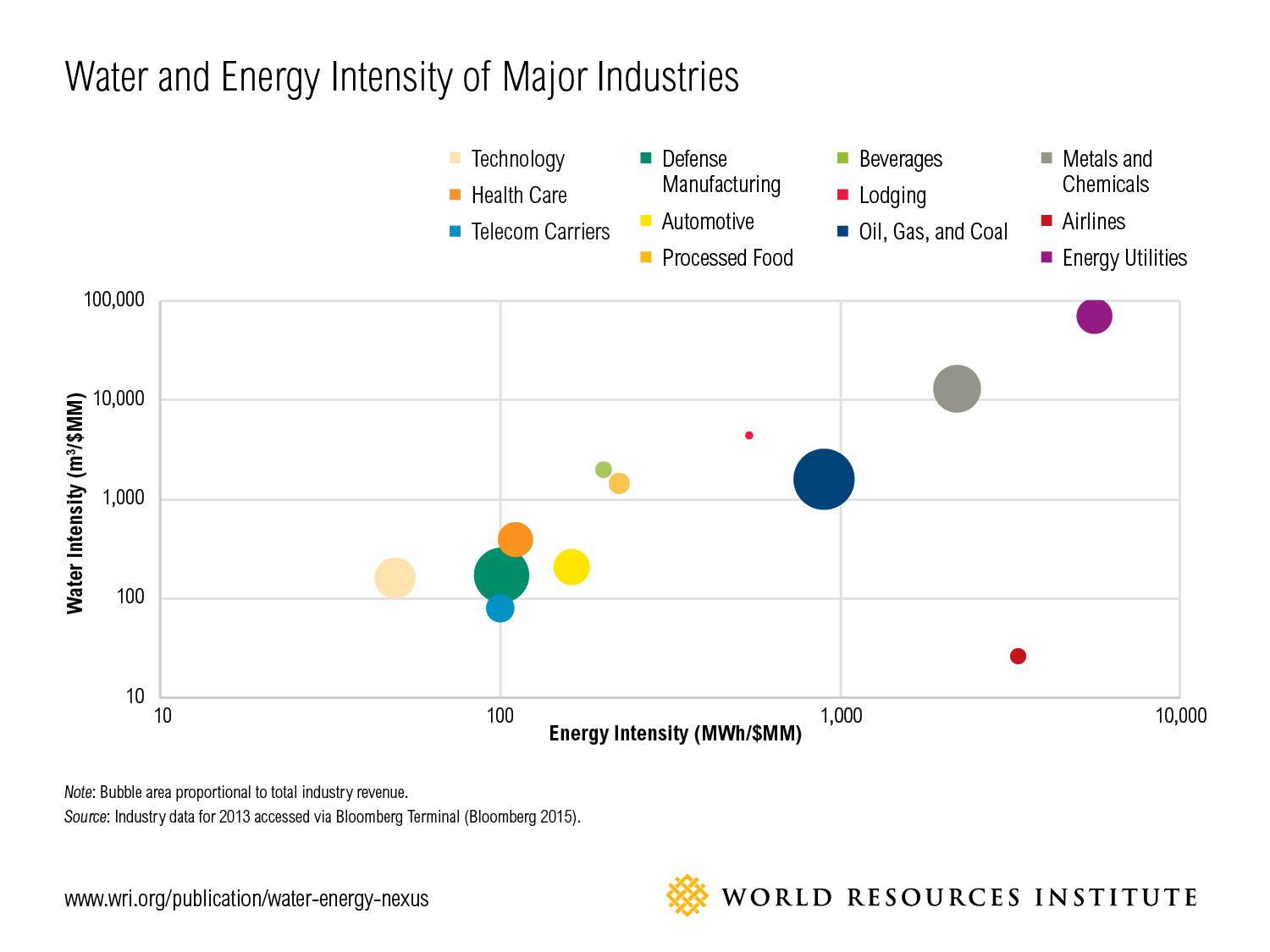 Looking ahead, the global population growing from 7 billion to 9 billion over the next 25 years will make the challenge of meeting demands for both water and energy more acute. Currently, more than 650 million people lack access to clean water, and a billion do not have electricity. 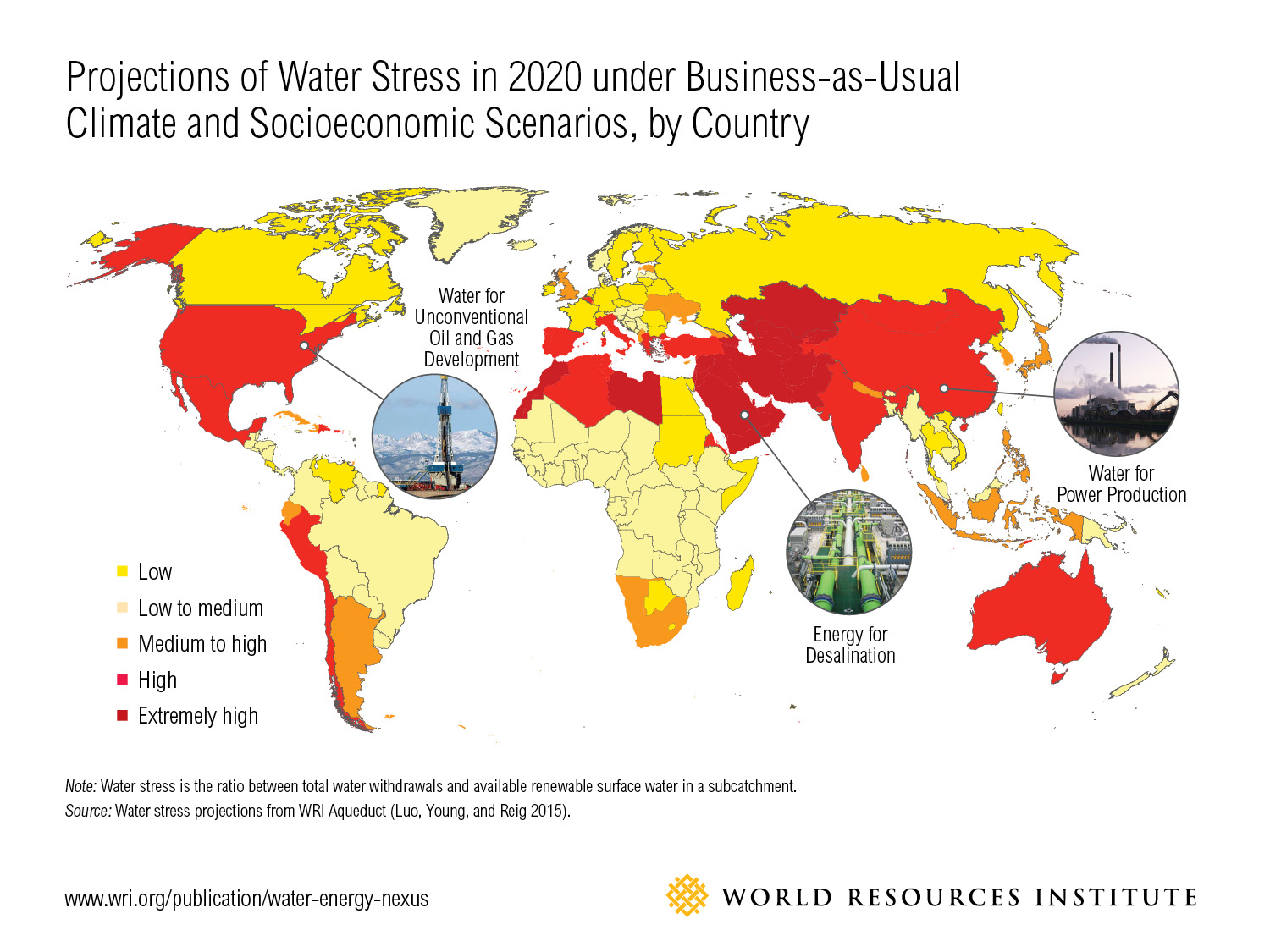 In a joint GE/WRI report, we highlight several countries and industries that are among the first to face the challenges of finding reliable supplies of water for energy production or supplies of energy for meeting water treatment needs. They include electric power producers in China and shale gas developers in the United States, who are looking at alternative options (such as waterless technologies, water reuse, and brackish water) that will allow them to be less dependent on increasingly stressed freshwater sources. The report also highlights efforts in the Middle East and North Africa to increase efficiencies and tap renewable energy sources in desalination plants.

Risks and solutions emerging in these regions suggest that we should be thinking creatively and collaboratively to meet future needs. Industries will have to overcome daunting commercial barriers. Water and energy are not typically priced to reflect their true scarcity, value, or costs. Coordination and investment across energy and water infrastructure is often lacking. Commercial and public-private partnerships will be needed.

The report offers three ideas for catalyzing such partnerships to meet the water-energy challenge:

Water and energy demand are deeply linked. Business leaders must pay attention to the risks and interdependencies that these twin challenges present. We need to acknowledge that multiple industries and stakeholders have important roles to play. We need them to work together on research, demonstration, and business model innovations at the water-energy nexus. Only then will we create a future in which humanity can thrive.