In the lead-up to COP 21 in Paris later this year, more than 150 countries have submitted their post-2020 climate action plans, or Intended Nationally Determined Contributions (INDCs). This morning, the UNFCCC released a synthesis report analyzing how these actions add up, and how much further we have to go to tackle climate change (read our blog post here).

These plans are important because they paint a picture of how the world will collectively tackle climate change—but they’re not all created equal.

Here’s a look at a few key elements:

Governments have now submitted 128 INDCs, representing 155 countries (the EU’s INDC represents 28 countries). Of these, 114 are developing countries and 41 are developed, and collectively, they represent 87 percent of global greenhouse gas emissions.

This in itself represents progress: Only 100 countries—including just 33 developing nations—submitted climate action plans back in 2010. 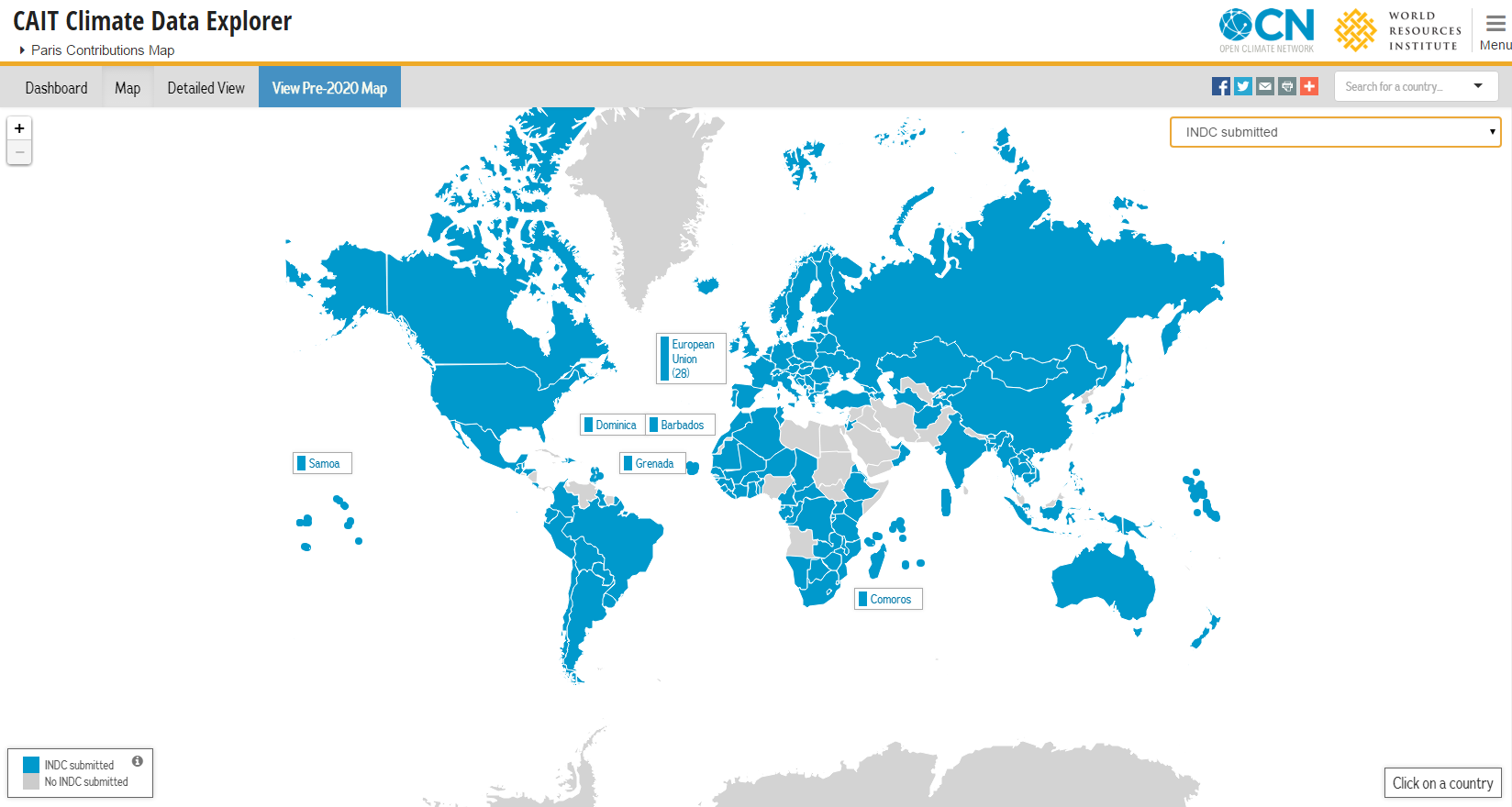 All INDCs address mitigation in some form, but countries have chosen diverse approaches. What’s notable about this round of INDCs—in contrast to the pledges submitted in 2010—is that almost all of them include a concrete greenhouse gas (GHG) mitigation target, usually expressed as a percent reduction by a certain year. Beyond what actions a country will take to reduce emissions, this clarifies to the international community what results the country intends to achieve. One-hundred and seven INDCs include a GHG mitigation target, seven include only a non-GHG target (for example, a target to increase renewable energy), and 14 include actions only, with no targets. 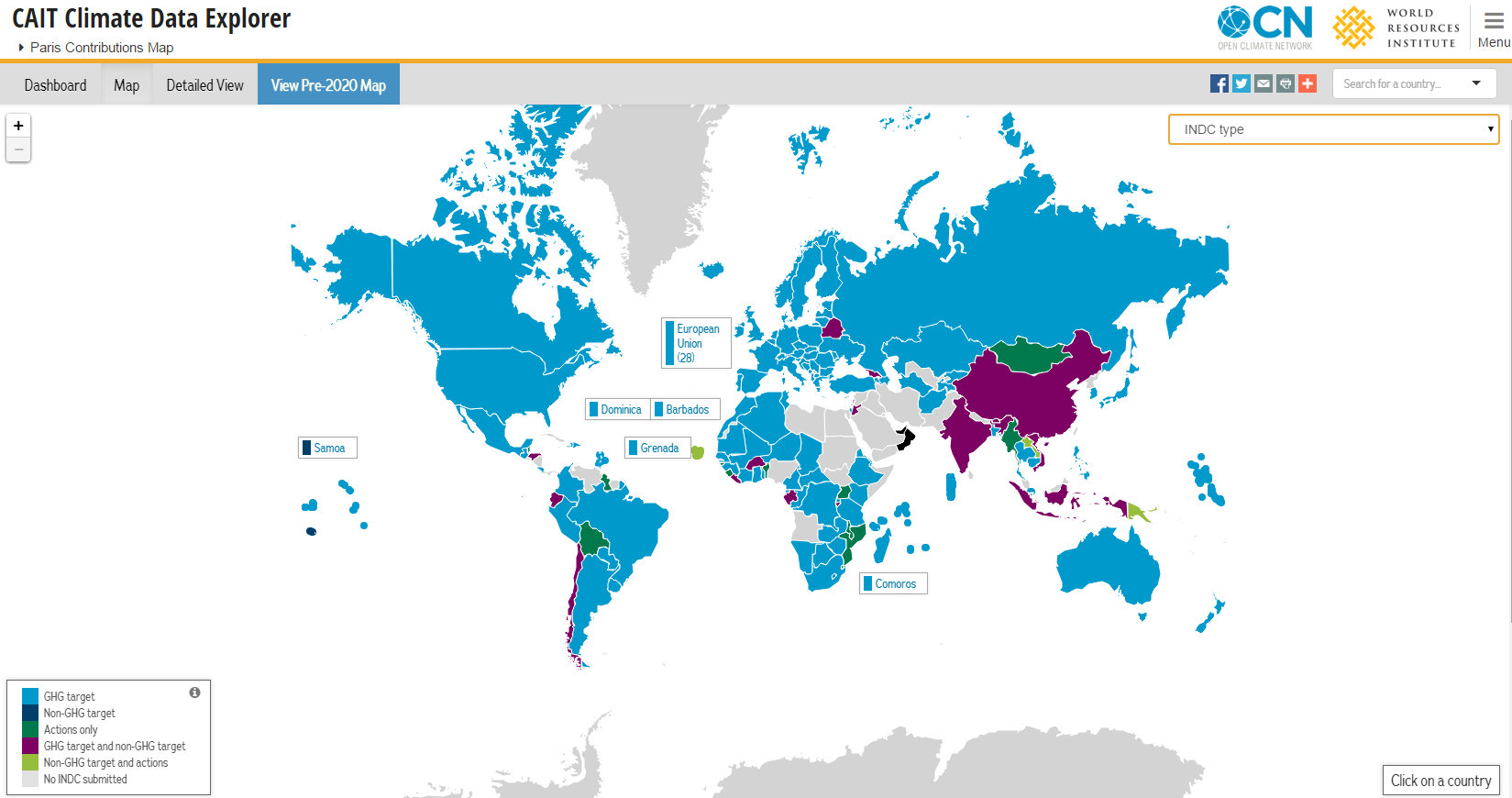 Twenty-nine INDCs framed their GHG-reduction targets as a percent reduction in emissions relative to a past “base year” (as opposed to other ways of measuring reductions, such as relative to projected future emissions). Countries with base-year targets chose different years from which to measure their reductions, and different years by which to achieve them. This has important implications for how reduction targets compare to one another—a target that looks relatively ambitious when measured from one base year might look less so when measured from another. While the figure below compares the base year targets of developed countries, several developing countries—including Brazil and the Marshall Islands, among others—also set reduction targets relative to a base year. This is a new development; in the past, developing countries have typically selected other types of targets. 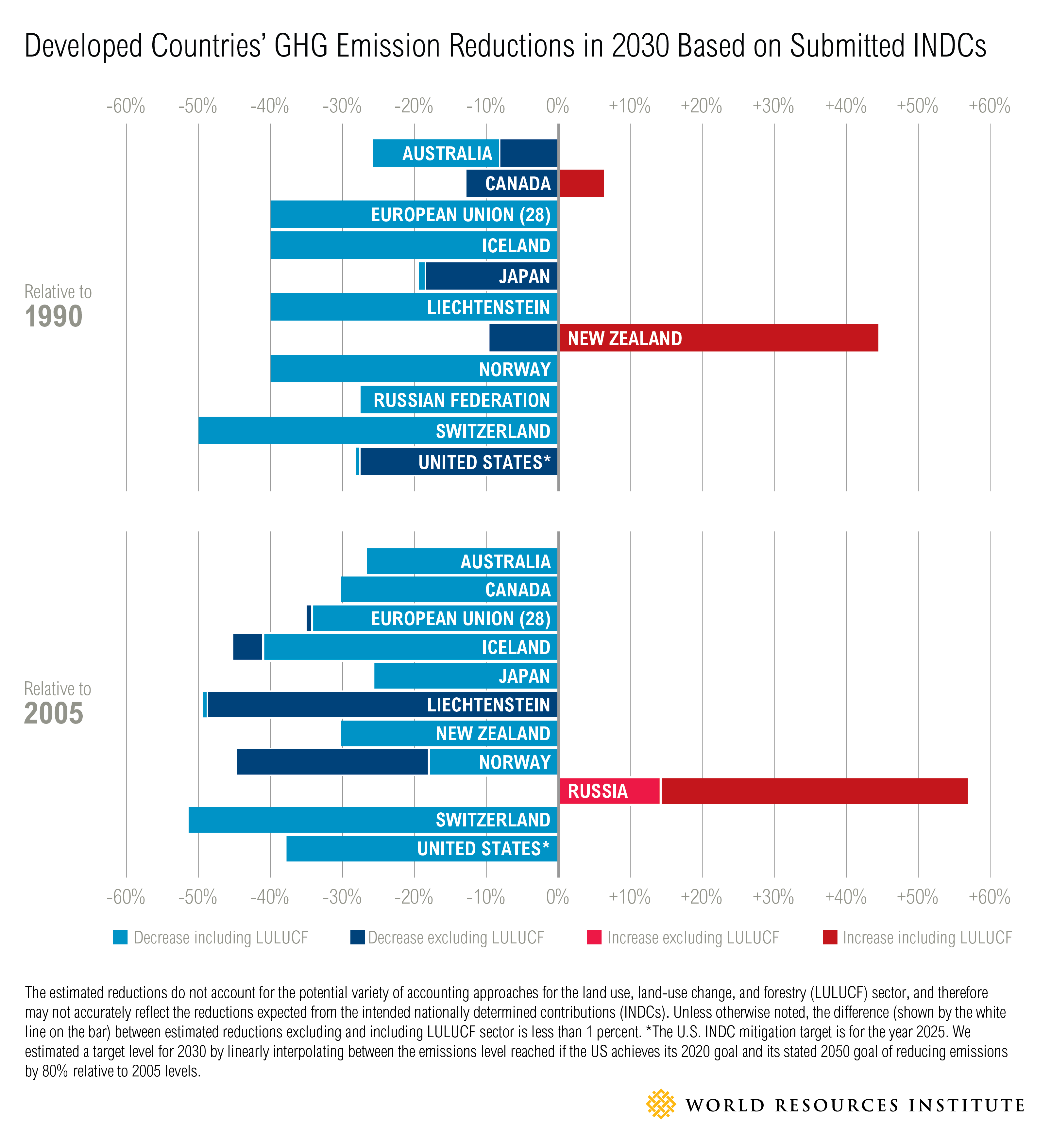 Only 16 INDCs established an emissions-reduction target beyond 2030, which demonstrates the country’s intended long-term emissions trajectory. Given the low number of countries with long-term targets, the Paris agreement should include a long-term goal to ensure that countries will plan emissions reductions over a longer time horizon. 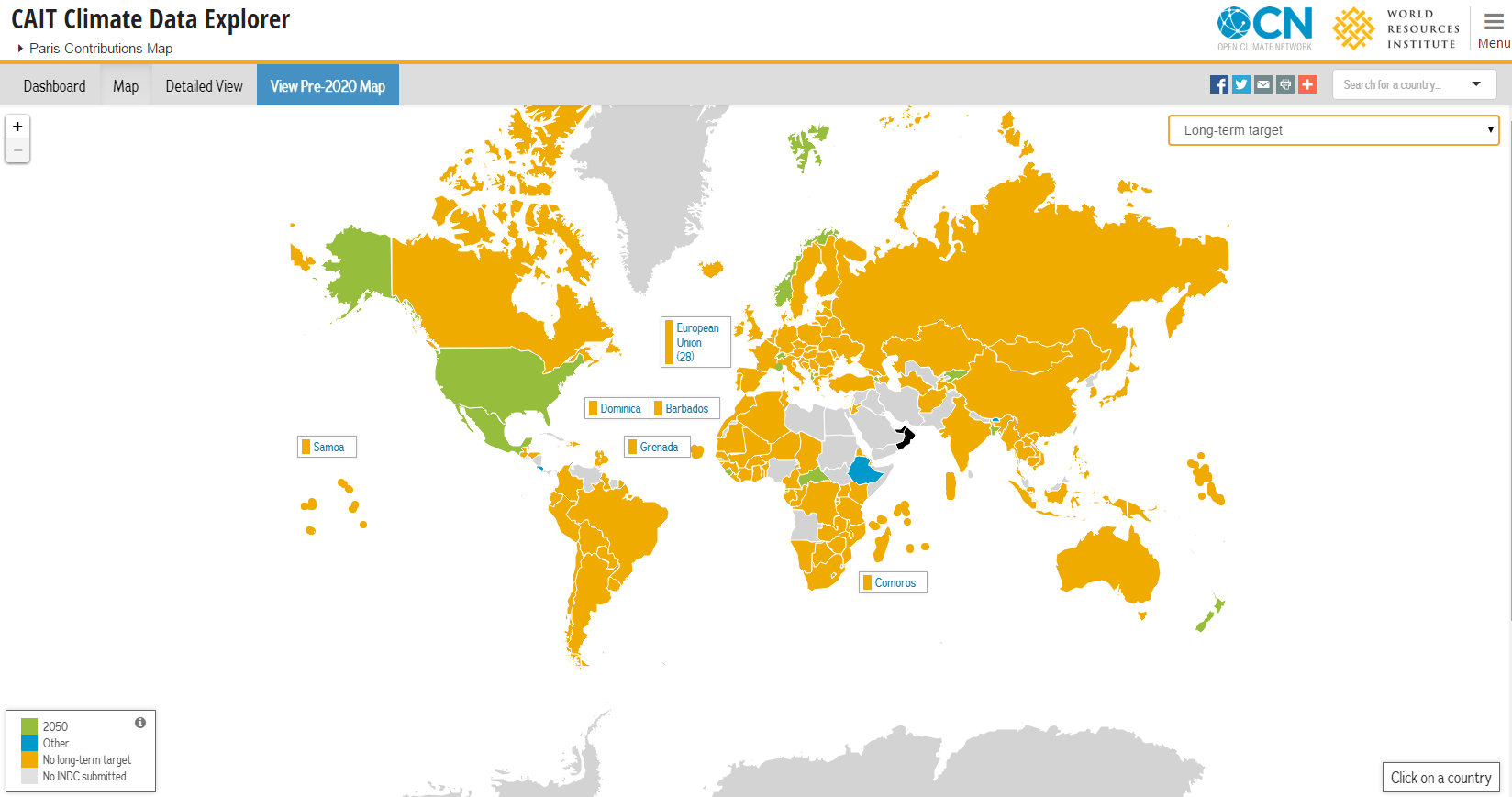 INDCs need to be communicated transparently in order to understand the individual and aggregate impacts of countries’ proposed commitments, including whether global emissions after 2020 will be in line with keeping average temperature increase below 2 degrees C (3.6 degrees F) and limiting the worst impacts of climate change.

Countries also used a number of indicators to describe how they consider their INDCs to be fair and ambitious. The table below identifies the indicators most frequently used, with many countries using multiple indicators: 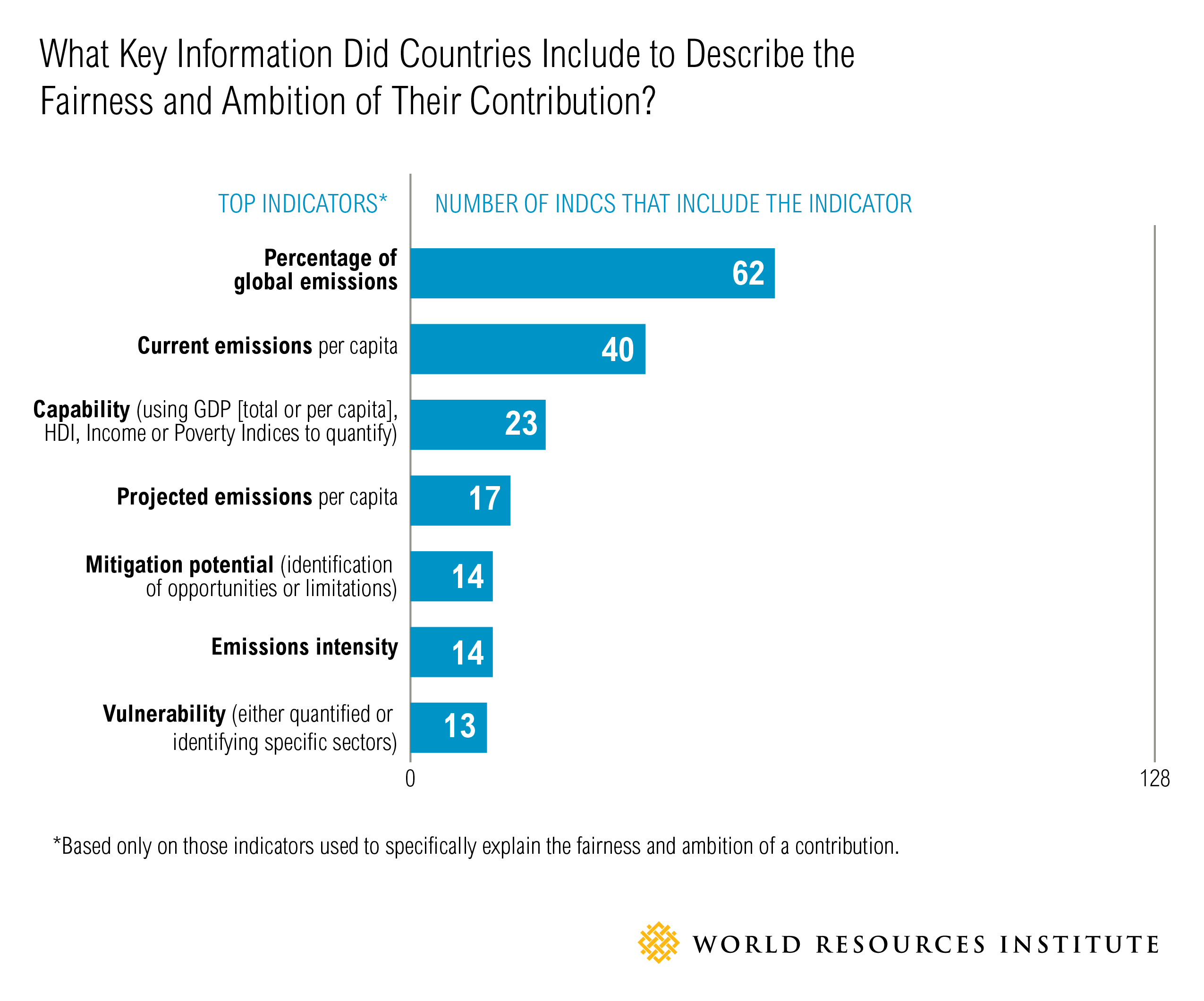 One-hundred and ten INDCs included adaptation plans, describing activities and goals in vulnerable sectors like water, agriculture and human health. Most clearly identify existing gaps, barriers and needs associated with adapting to their local climate change impacts, which begins to outline a roadmap for global efforts to build capacity, develop and share technology, and scale up adaptation finance. Some INDCs attempt to quantify the costs of adaptation. This is a challenging exercise, but one that will grow in importance over time as the risks of climate change increase. 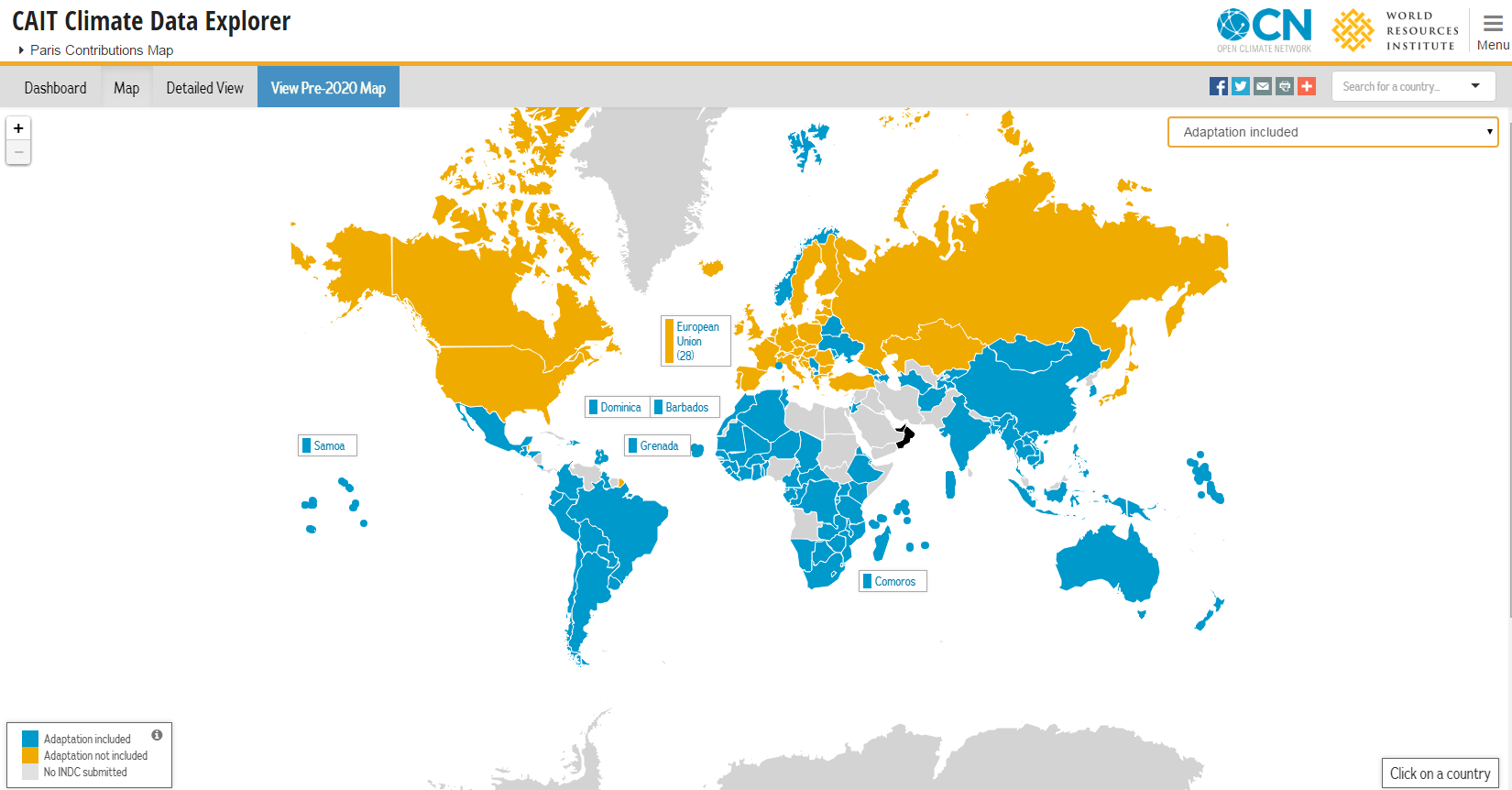 The INDCs represent an unprecedented global effort for addressing climate change, and they signal to the world that countries are taking critical steps to mitigate and adapt to impacts. But it doesn’t stop there. In Paris, negotiators must build on this momentum, and put in place mechanisms for countries to regularly increase ambition over time, decarbonize the global economy by the second half of this century, and build support for developing countries to respond to climate change. The INDCs should be seen as just a starting point in global climate action.