“Take good care of creation. St. Francis wanted that. People occasionally forgive, but nature never does. If we don’t take care of the environment, there’s no way of getting around it.“

Pope Francis may have spoken those words in 2013, but it’s a message that came through again just last week. An especially unique dialogue took place May 20th at the Pontificia Universita Della Santa Croce in Rome, focused on “The New Climate Economy: How Economic Growth and Sustainability Can Go hand in Hand.” As part of a series of events in the run-up to the highly anticipated papal encyclical on climate change, the New Climate Economy project was invited to provide a strong economic and business voice to demonstrate that climate action and economic growth can and should occur together.

Organized by the Kingdom of the Netherlands, WRI and the New Climate Economy, the event brought together a diverse group of policymakers, business leaders, researchers and preeminent figures from the Catholic Church. It served as a reminder to all in the room that billions of people around the world—most of them poor—depend on businesses and governments working together against climate change to ensure a just transition to a low-carbon future. 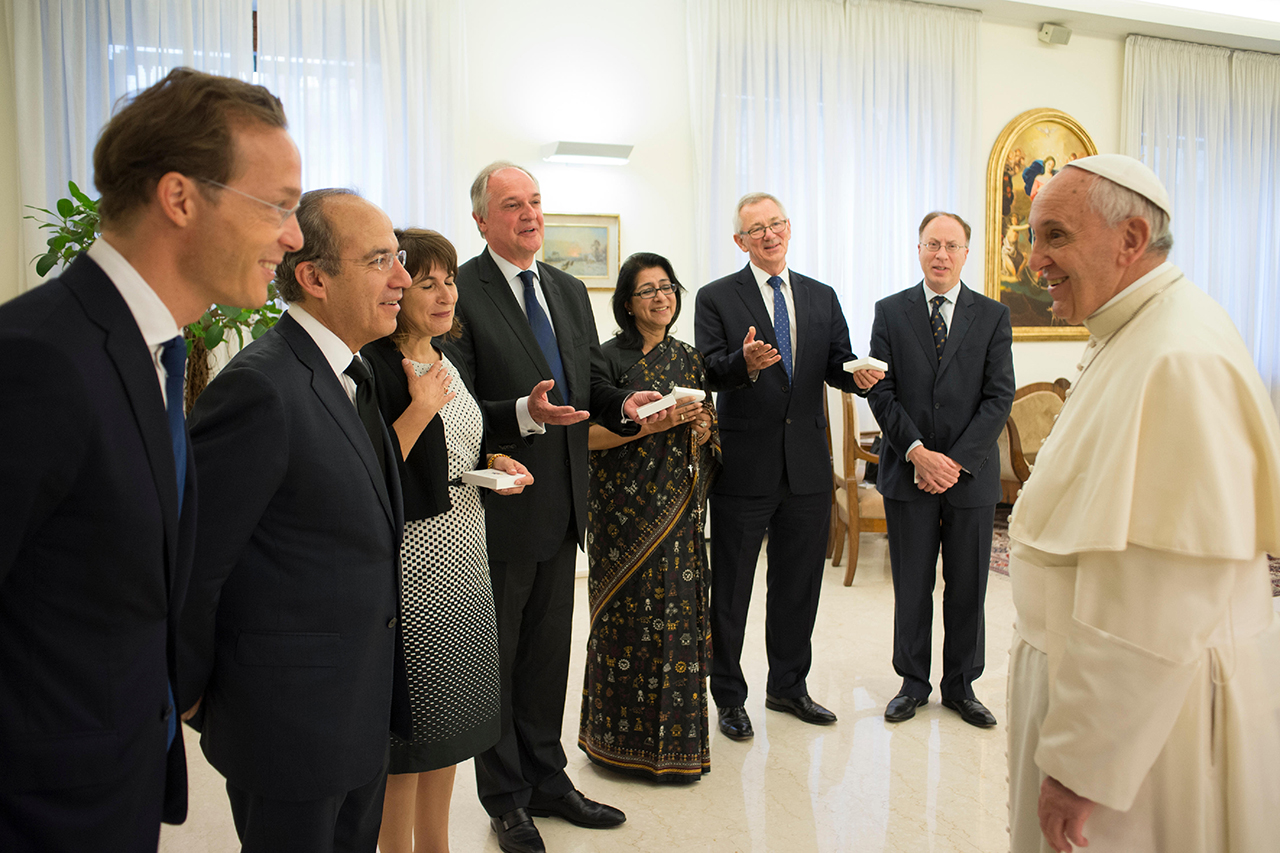 Poor communities in developing nations are arguably the most vulnerable to the impacts of a changing climate, such as heat waves, drought, extreme weather and sea level rise. They’re also the groups that suffer most from the world’s current development patterns.

New Climate Economy Commissioner, WRI Board member and former president of Mexico Felipe Calderon highlighted analysis from the New Climate Economy report: In the 15 countries with the highest greenhouse gas emissions, the value of health damage from poor air quality associated with fossil fuel burning amounts to about 4 percent of GDP on average. In China, it is more than 10 percent of GDP. And inevitably, this pollution impacts the poorest in particular, who are least able to afford healthcare. It is worth remembering, he added, that we now know that strong climate action will also yield economic benefits to countries at all levels of income.

Cardinal Parolin, Secretary of State of the Vatican, sees combating climate change as imperative for achieving development goals. His personal letter to the participants set out a powerful message of support to the two critical U.N. processes scheduled for later this year: the U.N. Summit on the post-2015 agenda that will take place in New York in September, and the UNFCCC COP 21 that will take place in Paris in December. “There is no room for the globalization of indifference,” he said, but rather to work together “to cultivate two interconnected objectives: combating poverty and easing the effects of climate change.”

The issue before us, Cardinal Peter Turkson said, belongs to us all, so it is all the more critical that the response comes from us all—from business and finance, governments and the Church. The Church, with its global presence and “expertise in humanity,” fully intends to participate in and drive environmental discussions at local, national and international levels, he said.

Businesses are also starting to respond to the challenge. Paul Polman, CEO of Unilever, and Naina Lal Kidwai, Chairman of HSBC India and Director of HSBC Asia Pacific, reflected that more than 1,000 major businesses have called on governments to implement a price on carbon, and more than a quarter of the world’s top 200 companies have set carbon-intensity reduction goals in line with a 6 percent per year reduction target. Critically, businesses are also recognizing why these measures are in their own interests.

Preparing for the Papal Encyclical

The New Climate Economy event also set the stage for another major happening—the Papal encyclical on climate change, expected sometime in the next month.

It is hard to fully understand what a Papal encyclical on climate change will mean—it’s not your average climate-related document. The contents are still secret, but social justice and the moral imperative to act will be central, and its effects on recipients have the potential to be transformative. To put it in context: It is the second-highest ranking document that the Pope can issue; Pope Leo XXIII’s encyclical in 1891, for instance, spurred on the workers’ rights movement, which led to the creation of trade unions. This encyclical could influence the way billions of people on the planet think about climate change, as well as how they demand action from leaders.

In his address to the COP 20 summit participants in Lima in December 2014, Pope Francis said that the “effective struggle against global warming will only be possible with a responsible, collective answer, that goes beyond particular interests and behavior and is developed free of political and economic pressures.” That is even truer when those economic pressures are less than we realized. Beyond the moral imperative to act, there are real business and economic opportunities for sustainable and inclusive low-carbon development.