Climate negotiators are currently at COP 20 in Lima to lay the foundation for a comprehensive climate agreement in Paris in 2015. In the foreground of this meeting is determining a way for individual governments to report their contributions to the global goal of keeping average temperatures to no more than 2 degrees C (3.6 degrees F) above pre-industrial levels to ward off the worst effects of a warming world. The instruments for reporting these contributions are called Intended Nationally Determined Contributions (INDCs). The first set of INDC submissions is expected in March 2015.

INDCs are a new instrument for reporting what governments plan to do to mitigate their greenhouse gas (GHG) emissions. Many countries will set national GHG reduction targets as their contribution to climate change mitigation. Such countries could include community forest laws as one way among many to hit those targets. Other countries could offer specific policies and actions in the land sector, such as strengthening community forest rights.

Because of this, a key aim is to develop standard methods for measuring the impacts of government policies to help in the fight against climate change. The call to put forward INDCs by early 2015 adds urgency to this effort.

Strengthening community forest rights can help mitigate climate change in many heavily forested countries. Globally, communities have legal rights to at least 513 million hectares of forest, making up one-eighth of the world’s forests. These community forests hold about 37.7 billion tonnes of carbon, or 29 times more than the annual carbon footprint of all passenger vehicles in the world.

A recent report by WRI and the Rights and Resources Initiative shows that legal recognition and government support of community forest rights can help maintain and protect healthy forests, ensuring their role as carbon sinks. Forest communities already have a strong interest in protecting forest health, as they depend on the forest for their food, livelihoods, and culture. For example, in the Brazilian Amazon, the largest intact forest in the world, from 2000 to 2012 deforestation was 11 times lower in indigenous community forests with strong legal recognition and government protection than in other parts of the region. 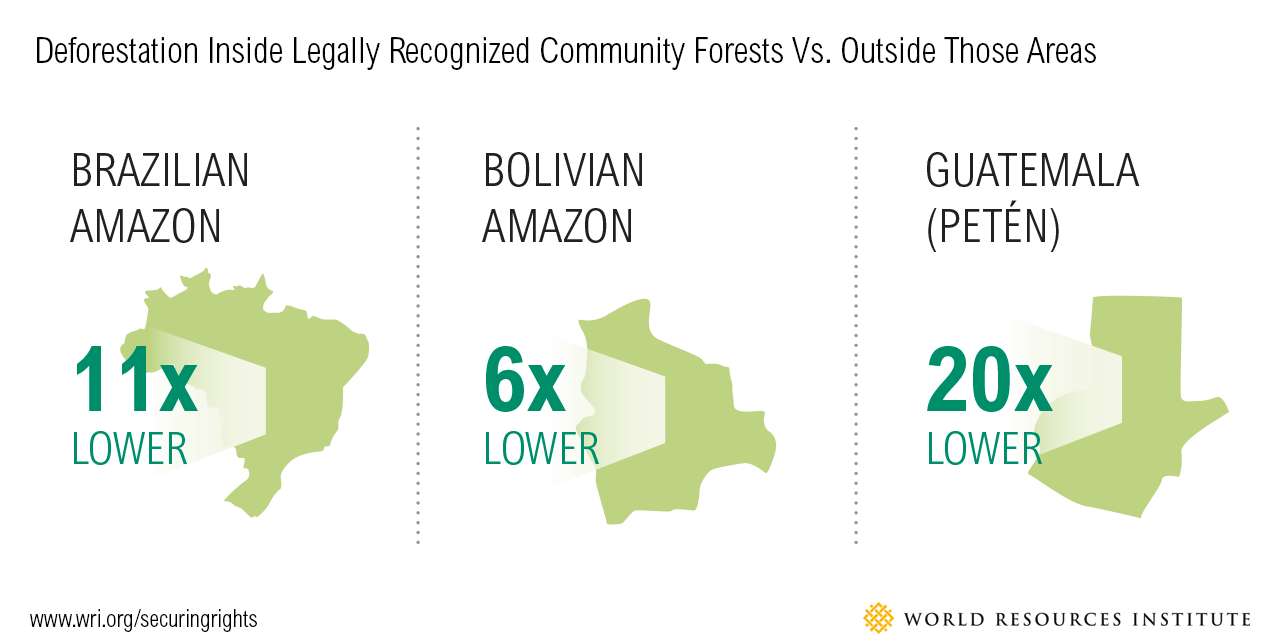 Yet large forest areas are held by communities under customary tenure systems that are not recognized by governments, or only weakly so. This means much of the world’s forests do not have the legal protection they need. That’s why strengthening community forest rights is a promising policy tool to reduce deforestation and degradation and associated GHG emissions. It can also reduce poverty, conserve biodiversity, and promote food security. 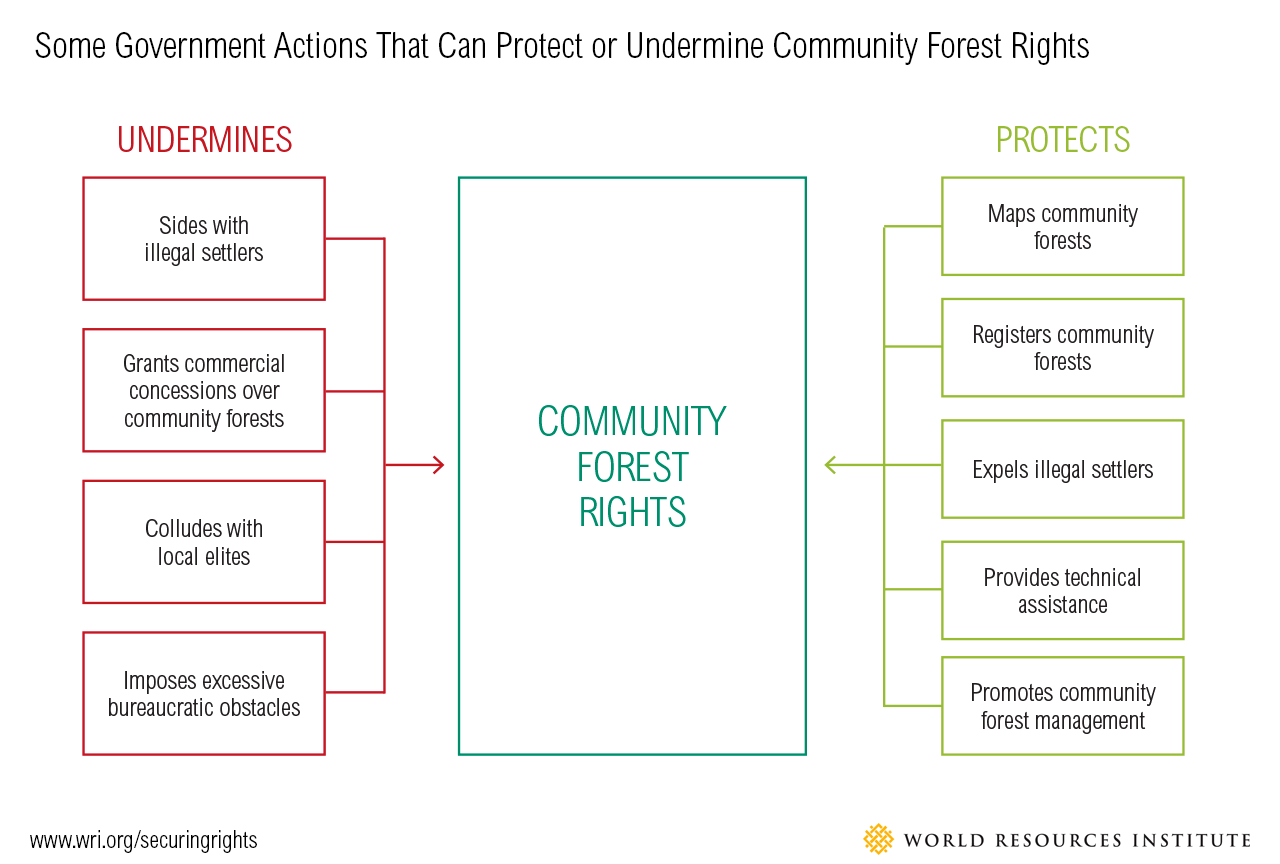 Steps for the GHG Protocol Policy and Action Standard:

Although recognizing and supporting the rights of forest-dependent communities is a promising climate mitigation policy, countries may be asked to precisely measure the mitigation impact of such actions as part of their INDC commitments. The recently published GHG Protocol Policy and Action Standard provides guidance for developing these estimates (see text box).

If a country is considering rights recognition as a potential mitigation strategy, the country will need to evaluate and report the potential impacts of strengthening community forest rights. Alternatively if a country has already conveyed rights to some communities, it will evaluate the effectiveness of this action and report achieved emissions reductions. In either case a challenging question to answer is: What would have happened if community forest rights were not granted and supported by the government?

In recent years, leading experts developed a method to overcome this challenge, called matching. The premise of matching is that by comparing deforestation in community forests to that in an identical area not under community management, the difference can be attributed to the effect of community forest management rather than to other factors.

Countries are still determining what information will be in INDCs, the type of contribution intended (e.g. national GHG reduction target inclusive of all sectors versus sector specific policies), and the method used to track progress. But as discussions on this issue in national capitals and international forums intensify over the coming months, this process offers an unprecedented opportunity to embed strong legal rights for forest communities in global climate change action.