This month I attended the UN climate conference for the first time after years of following from afar. Observing 10 days of the two-week COP20 process in Lima, I learned that while the negotiations themselves are crucial, what happens outside the negotiating hall can be equally important.

WRI was very actively engaged: the Institute released five publications, hosted or co-hosted almost 50 events and had speakers on dozens of panels. All this in addition to tracking the negotiations closely and working behind the scenes in pursuit of an ambitious, effective climate agreement.

Were the talks a success? A WRI wrap-up blog post offers detailed analysis of the draft agreement and underlying trends in the talks. Jennifer Morgan, global director of WRI’s climate program and the lead author of ACT2015 Elements and Ideas for a Paris Agreement, offered a realistic but hopeful assessment: “A global climate agreement is now within reach,” she said. 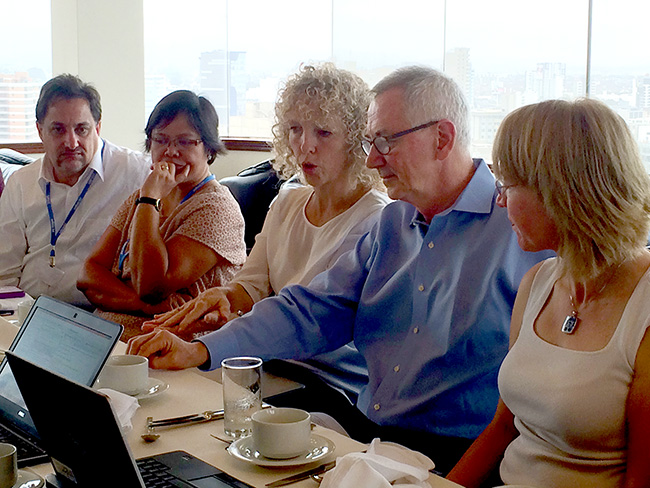 What’s it like to be at a COP? Three impressions from a first-timer:

The location for the negotiations and official side events, specially constructed on the grounds of Pentagonita—Peru’s answer to the Pentagon—comprised more than a score of giant white tents equipped with flat screens, sound systems, and pop-up restaurants. Towering air-conditioned buses brought participants from hotels in the high-rise financial districts along the Pacific, a 10-kilometre (6-mile) ride that often required more than an hour in Lima traffic. 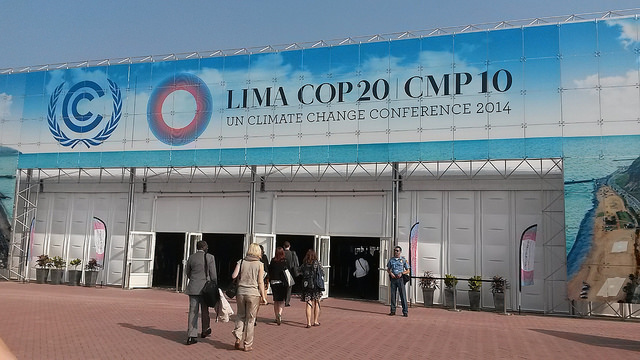 At the center of the compound, in a tent the size of a football field, negotiators discussed documents that were projected in foot-tall letters on the Jumbotrons, suggesting line-by-line, word-by-word and yes, even punctuation changes to the texts. Seated at the back, reporters and representatives of multilateral organizations, private firms, think tanks and NGOs tracked proposed changes on their laptops.

While the details sometimes seemed arcane, the process itself felt profound: here was the global community grappling to find language that would inspire and compel societies to address the most important and difficult challenge that has ever confronted humankind.

Held for two days on three floors of Lima’s largest hotel, the Global Landscapes Forum drew thousands of participants to scores of events. The central idea, and the reason the forum is held at the COP, is the growing recognition that land use is central to problem of the climate change—and can be a big part of the solution.

While fossil fuel emissions are the primary culprit, emissions from forest loss, agriculture and livestock account for roughly a quarter of the total, so reducing them will be crucial to averting catastrophe. More hopefully, large-scale landscape restoration—reforestation and other techniques, such as small retention dams to reduce erosion—are the most promising approach for withdrawing excess carbon dioxide from the atmosphere.

As WRI president and CEO Andrew Steer told a Landscapes Forum plenary session: “Restoration takes the excess carbon that is dangerous to life when it is up in the atmosphere and pulls it down to the earth, where it becomes beautiful and life-giving.”

The Lima COP provided a catalyst for further progress in this important area. Speaking to a packed Landscapes Forum audience of more than 200 people, WRI senior fellow Walter Vergara announced Initiative 20x20, which brings together seven countries, two regional bodies and $365 million in private finance in a joint effort to bring 20 million hectares (nearly 50 million acres) of land into restoration by 2020. Also prominent at the forum: Global Forest Watch, a WRI-led partnership that provides online forest monitoring and alerts.

Emissions reductions will be impossible without emissions measurements. That’s where the Greenhouse Gas Protocol (GHG Protocol), a decade-long partnership between WRI and the World Business Council for Sustainable Development (WBCSD) comes in.

Two other new standards—presented before some 40 well-informed practitioners from around the world who found their way to hotel on the edge of the city—help governments to design policies and emissions reductions goals and to measure progress against them.

“You can’t cut what you can’t count,” said Pankaj Bhatia, director of WRI’s Tools, Reporting and Analysis for Climate initiative and one of the world’s top experts on the GHG Protocol, who oversaw the preparation of the new standards.

This account leaves out far more than it includes, not only of WRI’s activities at the COP but of countless other efforts by businesses, NGOs, governments, and multilateral organizations.

Having sampled just a bit of it, I came away from my first COP with a much better appreciation of the dynamic interaction between the talks themselves and the many other responses to the climate change challenge that are hatched or brought to fruition in the periphery.

Do we need the COPs? At stake is nothing less than a livable planet. Sustaining it will require deep transformation of economies and societies. Even if the UNFCCC miraculously produced a perfect climate agreement, an annual global climate conference will be needed far into the future.