World Cup fans may be focused on the games, but critics are paying attention to another aspect of the event—its price tag. Brazil spent billions of dollars on World Cup infrastructure, and many are understandably questioning the long-term benefits these investments will bring to local communities.

While many of these criticisms are justified, if one looks beyond the shiny new stadiums—namely, to the city streets—a more positive story emerges. World Cup-related investments helped finance sustainable transport systems that will benefit Brazilians long after the final whistle blows.

One such transport solution is new bus rapid transit (BRT) systems, which are moving fans directly to or to other modes of transportation to access stadiums like Maracanã (Rio) and Mineirão (Belo Horizonte). For example, in Belo Horizonte, getting to the World Cup via BRT takes approximately 20 minutes, whereas getting to a game via car takes approximately 1 hour and 30 minutes.

In Rio, for example, two BRT corridors are already up-and-running, and two more will be running by the 2016 Olympic Games. The corridors will encircle the entire city and move 1.6 million passengers per day through approximately 160 km of BRT. The TransCarioca corridor, recently launched before the World Cup and created to quickly move visitors to and from the international airport, is expected to serve about 450,000 residents daily. Rio’s TransOeste BRT corridor—which connects the Barra da Tijuca and Santa Cruz districts—is already benefiting more than 135,000 riders daily, cutting their commuting times in half. And both corridors provide affordable transport to some neighborhoods that never had it before and allow residents better access to services and facilities.

"Before the BRT, I had to wait for a bus that used to take up to an hour to get to my home in Vargem Grande,” said 17-year-old Igor dos Santos when the TransOeste corridor opened. “With the time saved, I can do my computer course."

Dilma Rousseff, President of Brazil, spoke about the very profound impact that the BRT would have on the residents of Rio: “When we talk about urban mass transportation, we're talking about something extremely precious to the life of each of us—that is time. It's time to live. And TransCarioca will make us gain life time.”

Residents of Belo Horizonte are seeing similar improvements, thanks to their new BRT system, MOVE, which was developed with support from EMBARQ Brazil. Launched four months ago, MOVE has already proven its benefits, moving people three times faster than commuting by car during rush hour. When fully operational, the system will transport more than 700,000 passengers each day. The high-quality system is also improving surrounding areas of its corridors and helping to reshape the downgraded downtown area into a more people-oriented environment. 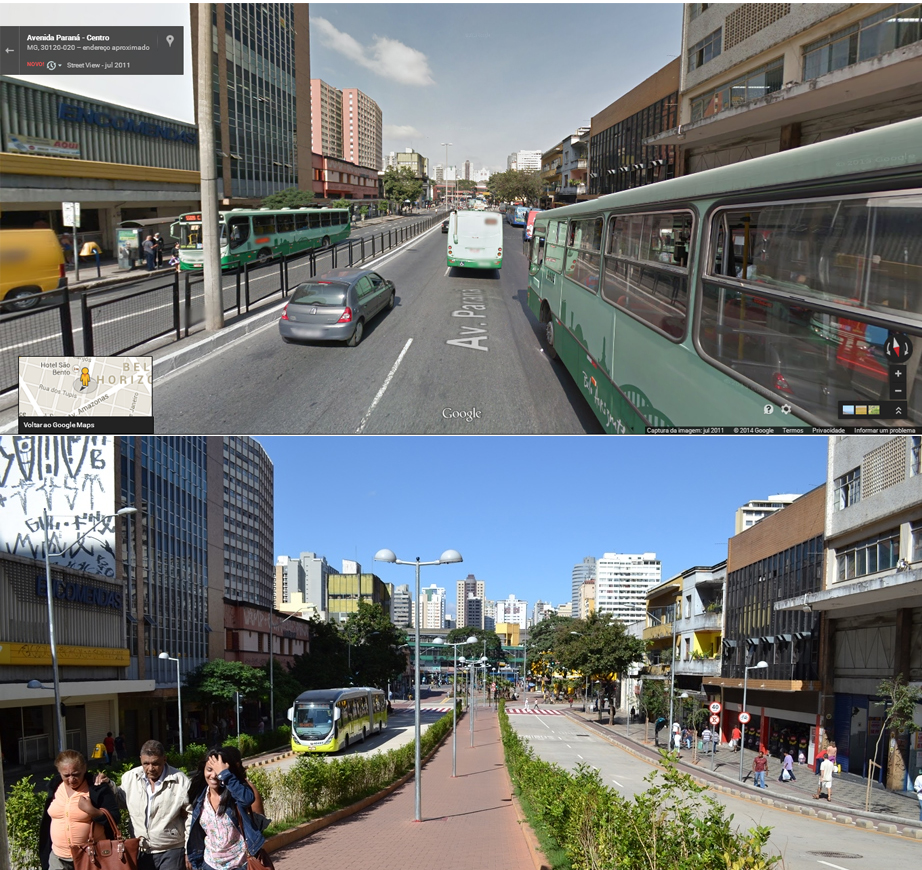 The encouraging news is that Brazil’s movement toward sustainable mobility will stretch beyond the confines of a few cities and the World Cup. The country is currently moving forward on its National Policy on Urban Mobility. The policy, established in 2012, requires that all cities with more than 20,000 inhabitants and those with significant tourism and trade industries create an urban mobility plan by April 2015 if they wish to secure national funding for transport. The plans must prioritize non-motorized transport—such as cycling and walking—as well as public transit systems.

Around 3,000 cities will be impacted by this legislation, a move that will inevitably expand Brazilians’ access to affordable, reliable transportation. As these cities develop their mobility plans, it’s important that they learn from leaders like Rio and Belo Horizonte, which are already acting as powerful examples of the benefits sustainable transport systems can provide.