The “People-Oriented Cities” series – exclusive to TheCityFix and Insights – is an exploration of how cities can grow to become more sustainable and livable through transit-oriented development (TOD). The nine-part series will address different urban design techniques and trends that reorient cities around people rather than cars.

Yet, while the vast majority of citizens in developing cities don’t own cars, infrastructure is still being designed and financed to support motor vehicle travel. In Mexico, for example, less than one-third of urban trips are made in cars, but three-quarters of the federal mobility budget is allocated to highways.

It’s time for the world’s cities to start thinking about moving people rather than moving cars.

Drawn from EMBARQ’s Transit-Oriented Development Guide for Urban Communities, here are three design principles to help city planners, developers, and citizens with an interest in increasing biking and walking in their communities. These design strategies are especially relevant for new developments and redevelopments, where there’s a golden opportunity to do things right the first time.

Untangling the knot of car-based sprawl can come down to one simple principle: the longer a trip, the more likely a car will be used to make it. The type of street hierarchy that makes car travel attractive also makes trips longer and less walkable, ultimately defeating its own purpose by inundating a neighborhood in traffic.

Instead, streets should connect to other publicly accessible roads, including short blocks and four-way intersections. While developers might think their customers demand the perceived comfort and security of disconnected streets, dead ends are fundamentally unattractive to pedestrians and cyclists and force all traffic onto a few key roads, leading to unsafe conditions for motorized and non-motorized travelers alike. 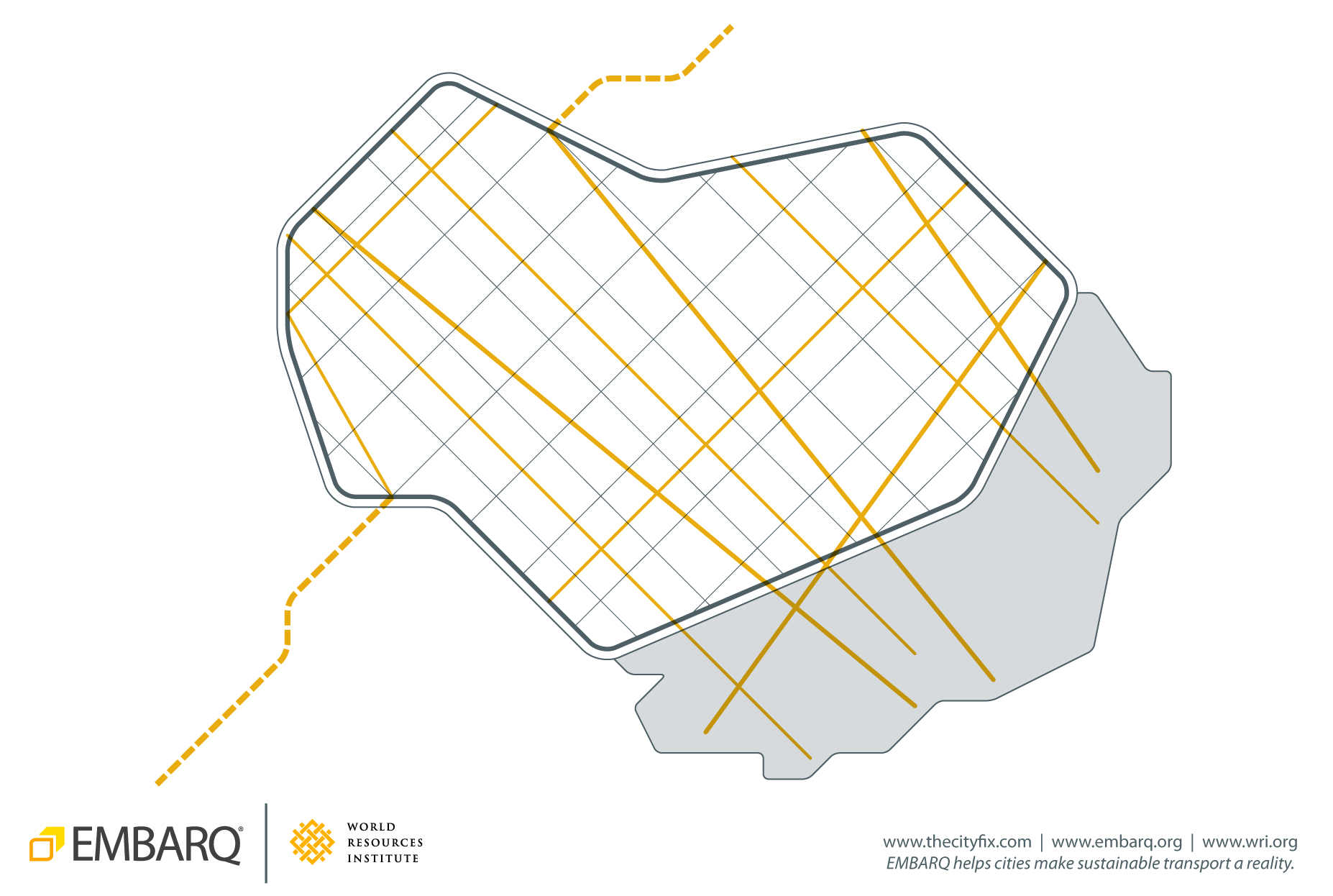 A street network ensures that neighborhoods are linked together, and that future developments connect to the existing urban fabric through the continuation of its grid.

Not all streets need to be accessible to motor vehicles. Car-free or limited-traffic streets can become anchors for human-centered activity.

Paved trails for walking and biking are not merely outdoor gyms, but are superb commuter facilities. They can be built behind backyards, through parks, or as part of a larger boulevard-style street. In order to be used for purposes beyond recreation, it’s important that these paths link to destinations such as businesses, schools, and public transport stops.

Roadways are rarely designed to make driving uncomfortable, such as requiring one car to pull over when another approaches. Yet pedestrians and cyclists are often presented with such conditions. Increasing walking and biking requires that these travelers can move efficiently, comfortably, and most importantly, safely. For example: 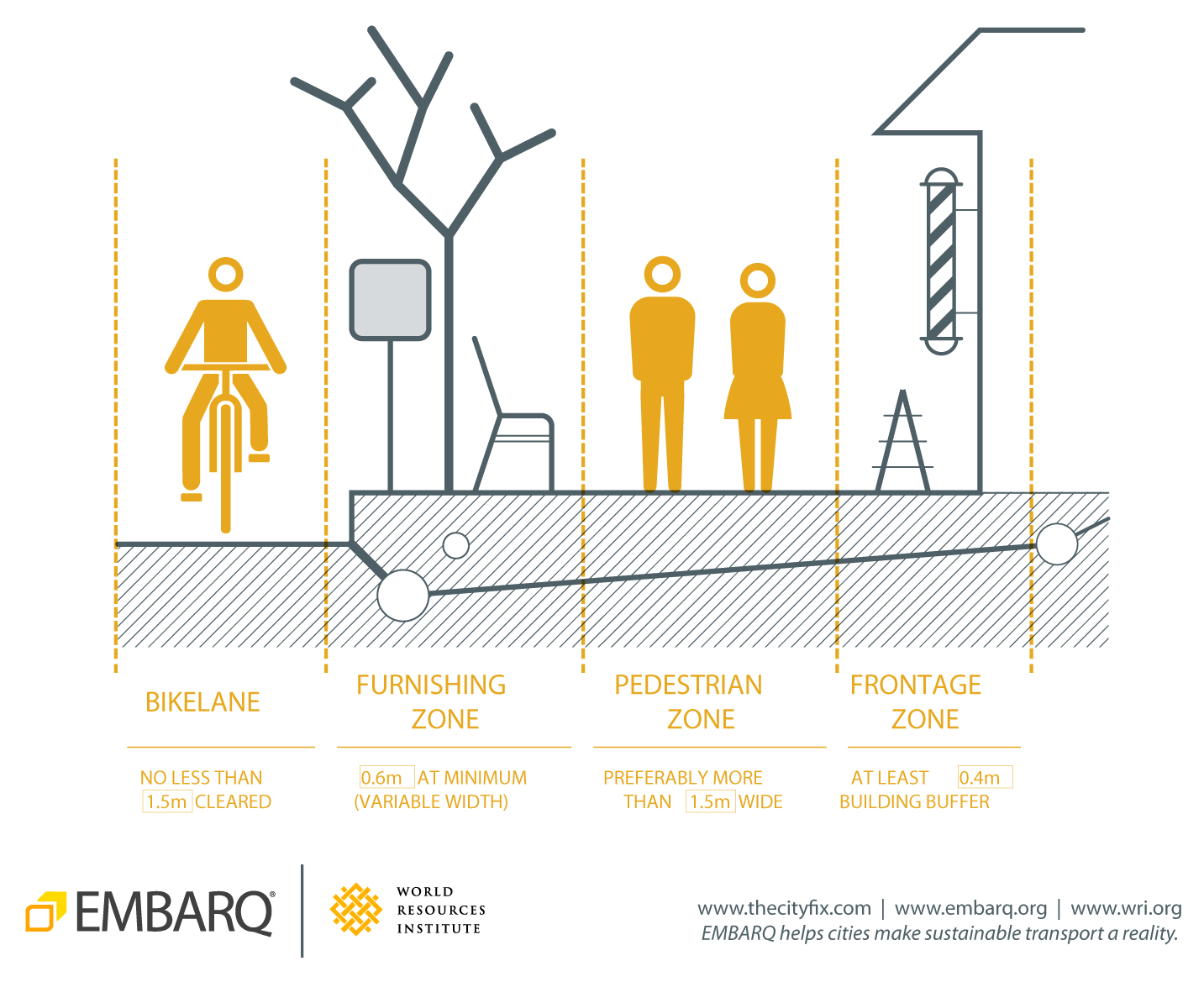 A balanced street has ample sidewalks, comfortable bike facilities that connect to a network, and safe ways to cross streets, making active transportation possible even on larger roads.

Walking and biking can improve the overall health of a city, in every sense of the word. But in order to make non-motorized transport a reality in the developing world, city leaders must first improve designs to support walkers and bikers.