These rules, which could be released this week, will establish new fuel economy and greenhouse gas standards for passenger cars and light trucks for model years 2017 through 2025. Light-duty vehicles represent a significant portion of U.S. greenhouse gases, accounting for approximately 17 percent of U.S. emissions. If the forthcoming rules resemble the proposed standards published by EPA and NHTSA last November, they will be an important step forward in protecting the environment and shielding consumers from higher gas prices.

Highlights from the Proposed Rules

The proposed rules would establish an emissions standard of 144 grams of carbon dioxide (CO2) per mile for passenger cars and 203 grams of CO2 per mile for trucks. If vehicles meet the standards entirely through fuel economy improvements, cars will achieve 61 miles per gallon (mpg), while trucks will achieve 43 mpg 1. If cars and trucks attain these standards, vehicles sold in 2025 will consume roughly half the fuel as vehicles sold in 2008 (27 mpg), emitting about half the greenhouse gases. According to EPA estimates, the proposed standards would reduce CO2 emissions by 2 billion metric tons over the lifetimes of light-duty vehicles sold between model years 2017 and 2025. The U.S. Energy Information Administration found that the proposed standards would reduce CO2 emissions by almost 200 million metric tons in 2035 (Figure 1). 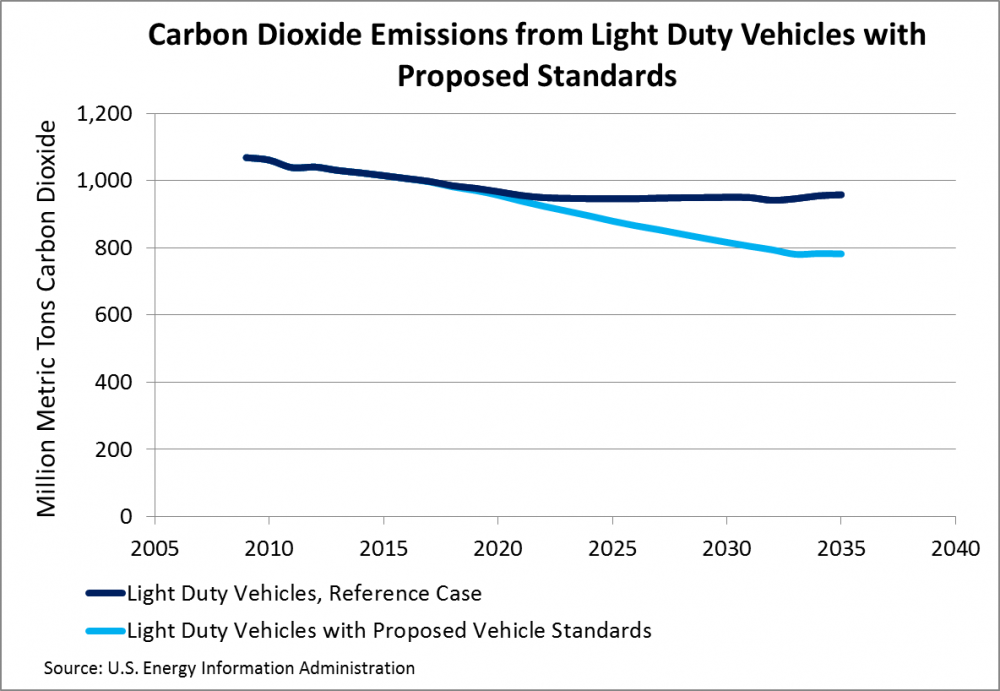 Based on WRI’s preliminary analysis, if EPA’s proposed improvement rate were to continue past model year 2025, total emissions from passenger cars and trucks in 2035 would be slightly more than half their current levels. This progress in reducing emissions would come even though population and travel miles are expected to increase. 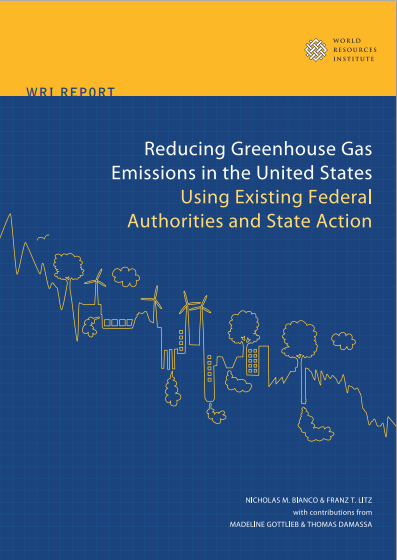 WRI included vehicle emissions standards as part of its 2010 report, Reducing Greenhouse Gas Emissions in the United States Using Existing Federal Authorities and State Action, which will be updated later this year. The updated report will include a full analysis of the impact the finalized light-vehicle rules—as well as other actions by the Administration—will have on America’s greenhouse gas emissions.

Auto manufacturers, labor unions, and environmental organizations have all voiced support for the proposed standards. During a public hearing in early 2012, Sue Cischke, a Vice President of Ford Motor Corporation, said that the current regulatory framework enables manufacturers to confidently plan and invest in the future, and that the proposed standards “are aggressive, but so are the demands from our consumers for greater fuel efficiency.” Bob King, president of the United Auto Workers International Union, said that the proposed rules “are good for the auto industry and its workers, good for the broader economy, good for the environment, and good for our national security… The drive to bringing innovative fuel-saving technologies to market is transforming the auto industry in the United States in creating good jobs in the research labs to the factory floor.” Larry Schweiger, President and CEO of the National Wildlife Federation, stated that “These standards show we can take real steps to roll back climate changes.”

New standards are important for consumers as well as for the environment. The proposed standards would save motorists money by reducing the amount of fuel needed daily in America. According to the EPA, the proposed rules will save 600 million barrels of oil in 2030 and 4 billion barrels over the lifetimes of the light-duty vehicles sold in model years 2017 through 2025. The net savings is more gasoline than the United States consumed in all of 2011 (3.2 billion barrels). EPA estimates that vehicles sold in 2025 will cost about $2,000 more on average, but will consume between $5,200 and $6,600 less gasoline over vehicles’ lifetimes.

And America won’t be alone in pushing next-generation vehicles forward. Japan has enacted a target that would get roughly the same level of improvement (55.1 mpg) by 2020 as the NHTSA and EPA proposal would achieve by 2025. Meanwhile, the European Union has enacted a target equivalent to 64.8 mpg in 2020 (Figure 2). 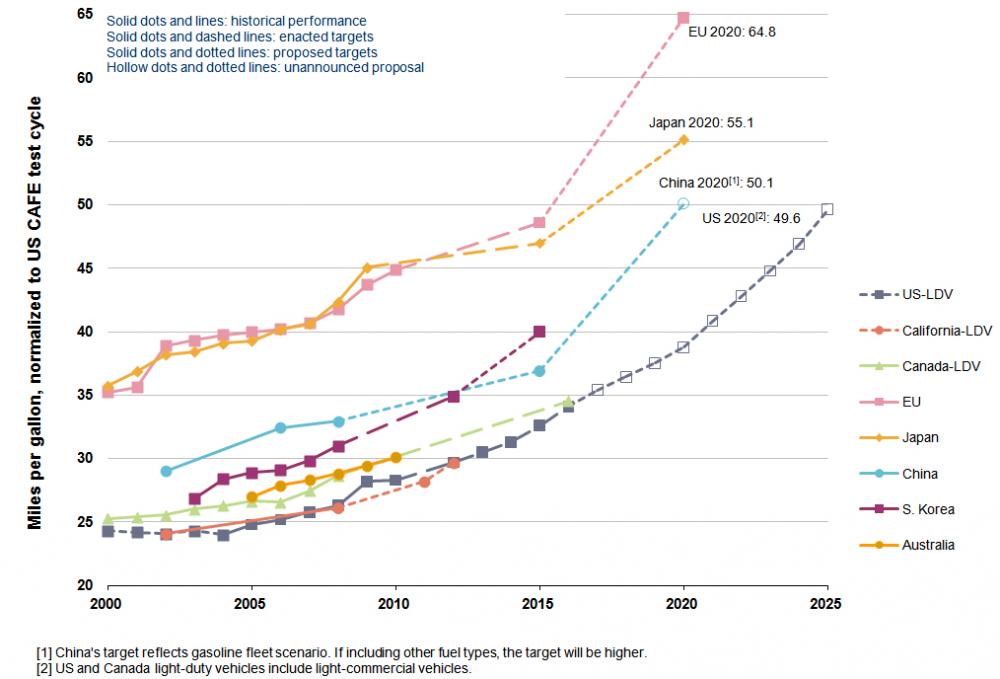 A More Sustainable Road Ahead?

New standards for cars and light trucks present an opportunity for NHTSA and EPA to help drive the nation towards a more sustainable future. But the standards have yet to be finalized—the EPA and NHTSA’s finalized rules could be different from the proposal, for better or for worse. We’ll be watching to see how the agencies proceed. With America’s greenhouse gas emissions still well above the levels needed to avoid the worst impacts of climate change, comprehensive light-duty vehicle rules could offer significant benefits to the environment, people, and the economy.