20 years after the Rio Earth Summit in 1992, “Rio+20” will review progress on and reaffirm a global commitment to the policies designed to foster economic growth that is both inclusive and respects the planet’s limited carrying capacity. Amidst a lingering global recession, a widening gap between rich and poor, and heightened competition for energy, food and other scarce natural resources, the conference could not be more timely. Unfortunately, no clear vision for Rio+20 has emerged, and expectations of the Conference remain low.

What should Rio+20 achieve, and how should governments prepare for it? To help answer these questions, WRI has been working as part of The Access Initiative (TAI) to encourage governments to develop specific recommendations for Rio+20. As part of these efforts, the global TAI network has now launched the Three Demands (3Ds) Campaign. To date, the 3D Campaign has resulted in civil society groups from 26 nations sending their top national environmental governance demands to their governments, seeking specific commitments to national legal, institutional and practice reforms by or before Rio+20. Specific demands by country can be viewed on the map below, which will be updated as the campaign grows. A preliminary analysis of demands trends across countries is laid out in the TAI document "What we want from Rio+20". 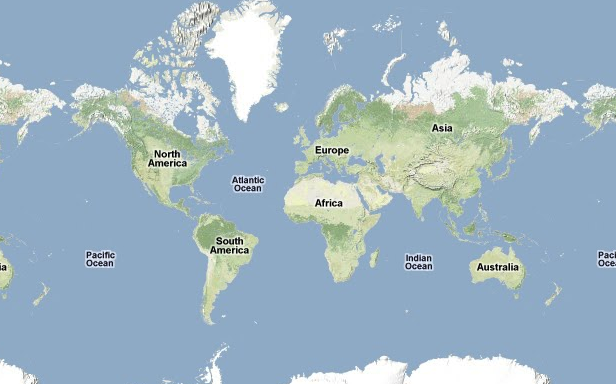 The 3Ds Campaign is structured around Principle 10 of the Rio Declaration from the 1992 Earth Summit, in which governments affirmed that environmental decisions are best made by providing the public the rights of access to information, participation in decision-making, and access to justice.

The results of the first phase of the campaign will be presented this September at the UN Department of Information Conference for Non-Governmental Organizations that will help prepare for Rio+20, and will feed into the first “zero draft” of the official negotiating text for Rio+20 itself. This will be the basis for a compilation document to serve as basis for the preparation of zero draft of the outcome document that will be the official outcome of the Conference. Inputs to this document are due November 1st and can be submitted online.

A second opportunity to advance this phase of the campaign will come in December 2011 when the United Nations Environment Programme and the government of Abu Dhabi host the Eye on Earth, a global summit devoted to the challenge of improving access to environmental and societal information, and a stepping stone to Rio 2012.

Finally, the TAI network is actively promoting synergies between the Rio process and the Open Government Partnership, a global effort to make governments more transparent, effective and accountable, and is seeking to generate government commitments to that end for the UN General Assembly this fall.

WRI has been working with its partners around the world to identify solutions under the two themes that the UN has identified to structure the debates: the “Green Economy” and the “Institutional Framework for Sustainable Development,” or governance for sustainable development. The first theme encourages leadership and cooperation on policies and practices that promote prosperity while protecting or enhancing the environment. The second theme seeks to strengthen the international, national and sub national institutions and procedures designed to implement these policies.

WRI’s Institutions and Governance Program believes that the key to a green economy that leads to sustainable development is transparent, inclusive and accountable systems of governance at the national and subnational level. Too often, proposals for economic reform emerge from the top down, based on economic models or theories that do not have support or input from the most directly-affected communities. Most economic prescriptions are not equally advisable for all countries, and their success depends on being refined through open processes that engage citizens. This is why initiatives such as TAI and the 3D Campaign are so important.

The TAI network will continue in the run up to Rio 2012 to expand the number of demands issued by CSOs and to encourage governments to take these up in the form of commitments in Rio next June. Once these are in place, the challenge of implementation begins.