Last week, I traveled to Jamaica with my colleagues Lauretta Burke and Benjamin Kushner to launch a new analysis called Coastal Capital: Jamaica – The Economic Contribution of Jamaica’s Coral Reefs. We spent several rainy days in Kingston, where we launched the report at two events, met with many members of Jamaica’s environmental community, and sampled delicious (but spicy) Jamaican cuisine. The sun came out near the end of the week, which allowed us to get out to the beach and see some coral reefs before heading back home.

Our first stop was the Jamaica Institute of Environmental Professionals’ (JIEP) bi-annual conference in Kingston. This year’s conference theme was “Balancing National Development and Environmental Protection,” and WRI officially launched Coastal Capital: Jamaica. We followed this launch event with a three-hour seminar on our results at the University of the West Indies (UWI), Mona Campus. More than 80 people attended the two events, including some of the key players in environmental policy and coastal management in the country. Two of Jamaica’s national newspapers also covered the report, headlining the importance of the country’s coral reefs to its tourism and fishing industries. 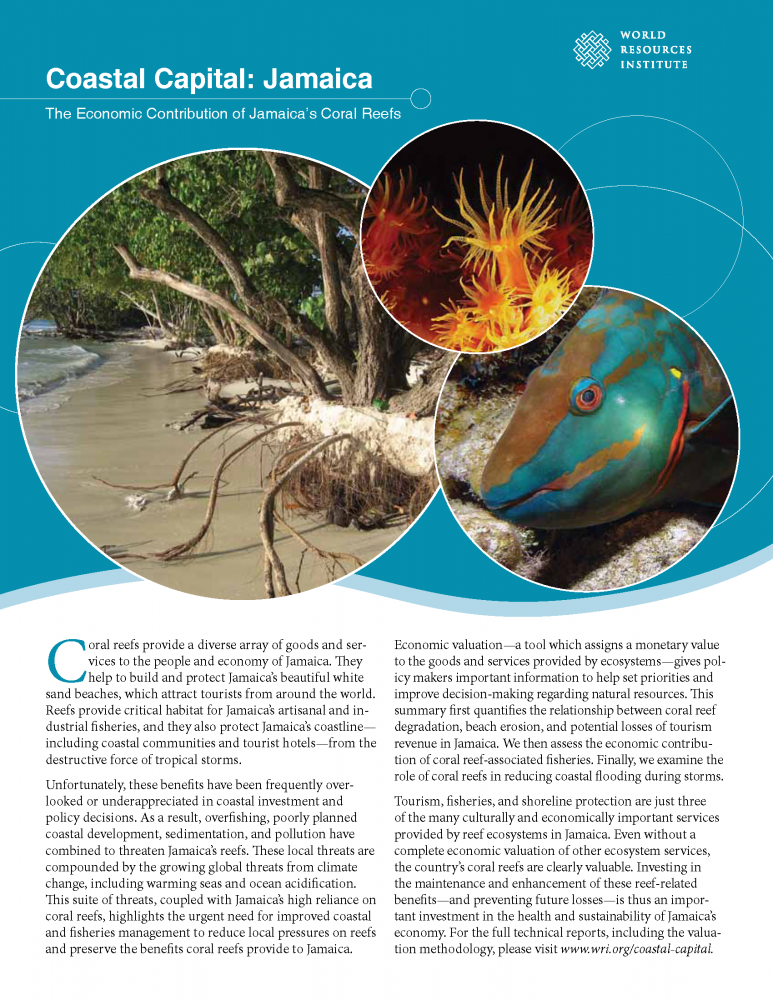 Our key findings include:

Not the Last Word

We do not see Coastal Capital: Jamaica as the last word on the economic value and importance of the country’s coral reefs. Quite the contrary, we hope that these results will contribute to the ongoing conversation within the country about how to effectively balance Jamaica’s long-term development goals with its need to protect its natural environment in order to sustain development long into the future.

To that end, we had lively discussions at both events, as participants raised questions that quickly got to the heart of Jamaica’s most pressing environmental issues. How should Jamaica deal with its current situation of too many fishermen and not enough fish? Is the tourism industry—a leading moneymaker in Jamaica—degrading the very ecosystems it depends on, and what can be done about it? The sessions ended on a hopeful note that analysis, debate and collaboration would lead to real action. 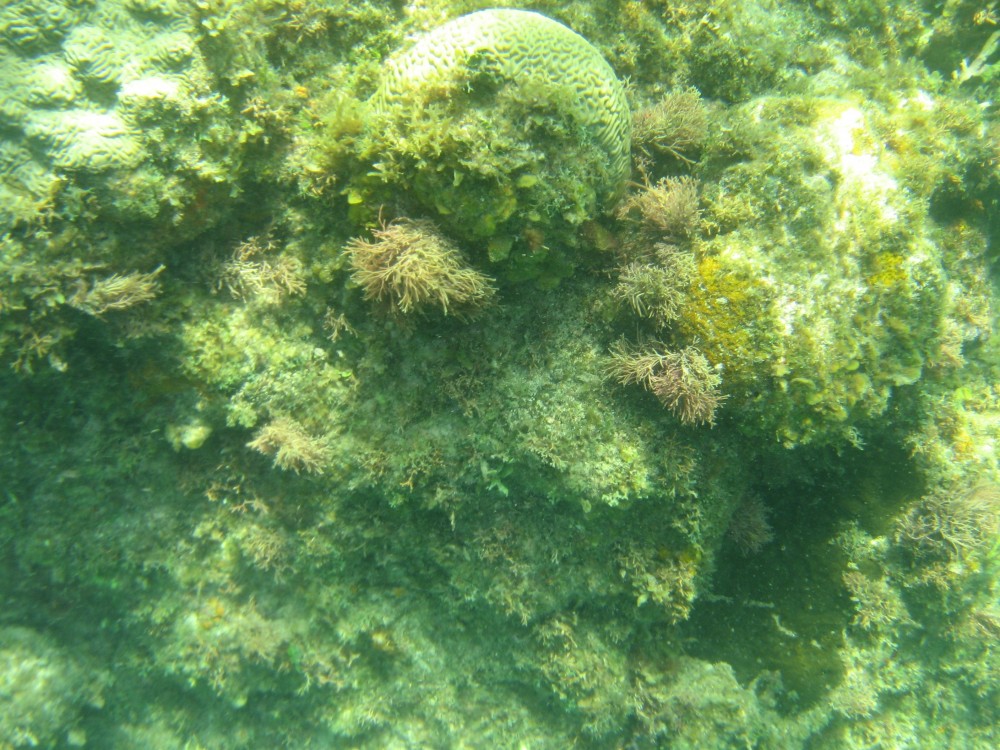 Our last stop, of course, was the beach. At first glance, it was a tropical paradise. The sun was shining, the palm trees waved in the breeze, and the Caribbean Sea was warm and relaxing. However, all was not well under the sea surface: the corals we saw were small and some were diseased, algae was widespread, and fish (save for the invasive carnivorous lionfish) were few. Later that evening, we sampled the lionfish at a local market—contributing to the Jamaican government’s plan to encourage citizens to “eat it to beat it”—and found it quite tasty.

The fates of Jamaica’s economy and of its natural environment are closely intertwined. Although the view under the water was sobering, we came home energized and cautiously optimistic. The enthusiastic participation and healthy debates at our two events in Kingston gave us reason for hope, and reassured us that meaningful change—driven by well-intentioned and better informed individuals from all sectors of Jamaican society—is indeed possible.