Renewable energy entrepreneur Manoj Sinha grew up in Bihar, one of India’s poorest states, where 85% of the 80 million inhabitants are not connected to the electric grid. He spent his childhood studying by candlelight, before leaving Bihar to earn degrees in electrical engineering and business. Sinha’s early experiences, combined with the knowledge that his cousins continued to live in Bihar without a reliable light source, inspired him to start Husk Power Systems, a business that brings affordable electricity to India’s rural villages.

Sinha, along with four friends from university - Gyanesh Pandey, Ratnesh Yadav and Charles W. Ransler, decided to create a clean, renewable and inexpensive source of electricity for Bihar’s villagers. Pandey and Yadav had also grown up in Bihar, and saw electricity as a critical element in addressing poverty in their home state. “Access to better lighting improves people’s lives”, says Sinha. “Students will not study in insufficient lighting, but that changes with electricity”.

Because so many inhabitants live in poverty in rural villages along Bihar’s “Rice Belt,” very little ever goes to waste, with the exception of rice husk, a major rice byproduct. Husk Power’s founders devised a method of using this husk to produce clean, affordable electricity for local villages.

Electricity from Husk Power Systems costs less than half of what many families previously paid for kerosene lamps, and has far fewer environmental and health hazards.

To produce electricity, piles of rice husk are fed into small biomass gasifiers, where gas produced from the husks is used to fuel an internal combustion engine. The operation’s byproduct is rice husk ash which can be sold for use in concrete. Although using rice husk ash in concrete produces emissions, it decreases the amount of high-carbon Portland cement used, and thus the overall emissions of concrete production. Electricity generated from the plants is then sold to families in surrounding villages at the cost of about $1.75 a month. This price is less than half of what many families were previously paying for kerosene lamps, and has far fewer environmental and health hazards than those created by burning traditional fuel sources such as kerosene, wood or dung. 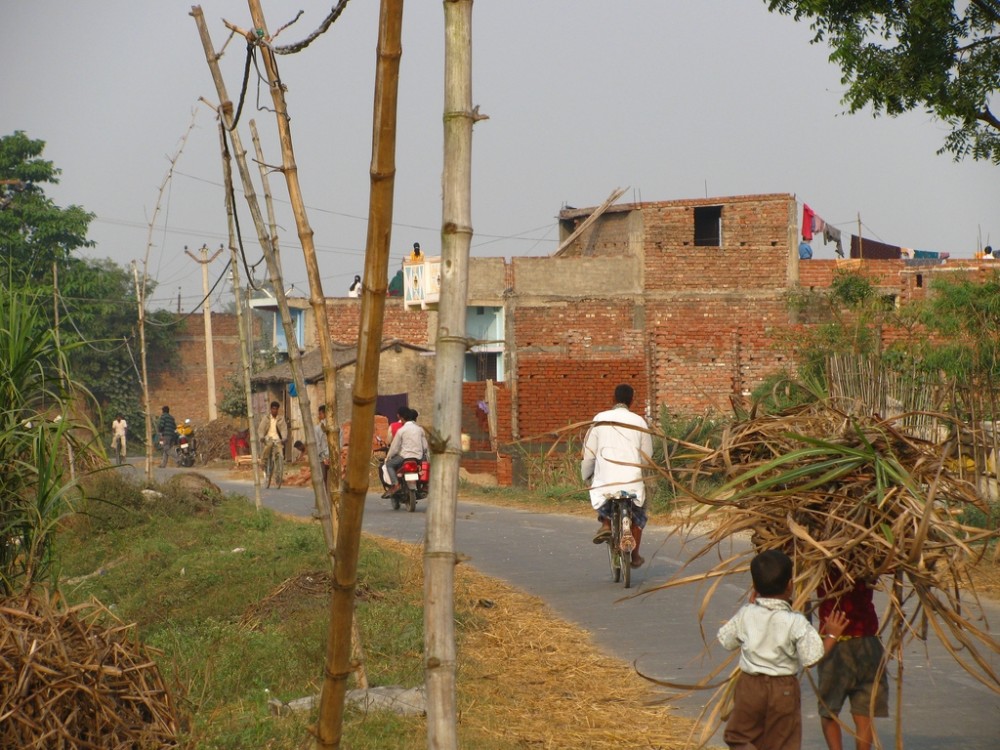 Husk Power can offer power to rural Indians at low prices because they have focused their research and development investment on simplifying electricity production and transmission as much as possible. “What we do well is combine many pieces together in a way that works efficiently and lowers overhead and expenses,” says Sinha. For example, when wiring a village for electricity, Husk Power uses readily available and inexpensive bamboo poles to hang wires overhead instead of spending money and time to dig holes and run wire underground.

The simplification of the electricity model also allows Husk Power to employ local villagers, who do not need training beyond that provided at Husk’s local facility. The company has employed over 300 local residents to run its current sixty plants producing electricity, and intends to train 2,500 more people in the next two years.

The market opportunity for clean electricity serving India’s rural poor was recently estimated at $2 billion by the World Resources Institute and the Centre for Development Finance at the Institute for Financial Management and Research (CDF-IFMR). Sinha and his colleagues now use this figure as a benchmark for their own growth. They aim to grow their business to bring clean electricity to Indian villagers beyond Bihar, and are planning 2,000 new plants that will serve millions of customers by 2014. 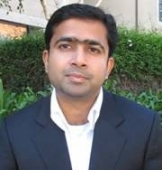 In order to continue their expansion, Husk Power needs investment to open additional plants and train staff. Sinha will travel to New York City in April for the New Ventures Global Investor Forum, where he will present Husk Power’s business model to a group of international investors. He hopes that new investors will challenge Husk Power to grow even further than they are currently planning. “We need aggressive people to push for extremes,” he says. “We need people to say, ‘So you’re planning 2,000 new plants, why not 5,000?’”

Manoj Sinha will be attending the New Ventures Global Investor Forum: Green Opportunities in Tomorrow’s Markets in New York City on April 6 along with five other innovative New Ventures environmental entrepreneurs. Whether you are looking for a potential investment deal or hope to be inspired by the power of entrepreneurship to help solve our environmental challenges, join us for the Global Investor Forum. Visit the New Ventures website for more information and registration information.

Special thanks to all of our event sponsors and in particular our Gold Sponsors Alcoa Foundation and Fundación AVINA.