Nestled amid the concrete and steel of midtown Manhattan, the Ana Tzarev Gallery was recently abuzz with talk of a completely different kind of ecosystem: coral reefs. On August 18th, Céline Cousteau hosted 75 guests for a reception and fundraiser for Ocean Inspiration, a tribute to Jacques Cousteau’s 100th birthday. 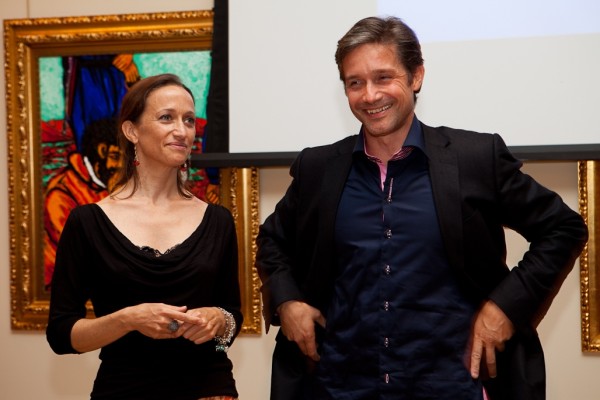 Céline, the granddaughter of Jacques Cousteau, was joined by Lauretta Burke, the leader of WRI’s Reefs at Risk project. Lauretta previewed her upcoming comprehensive report on the health of the world’s coral reefs, and highlighted some of the risks that reefs face, including overfishing, coastal development and now, global warming and ocean acidification. 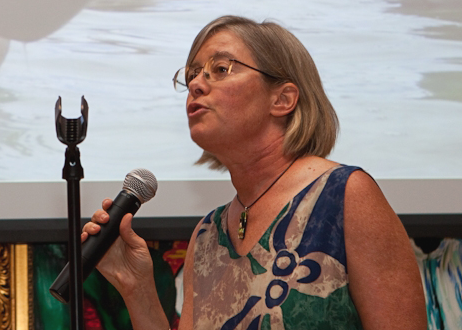 Guests also learned more about the upcoming Ocean Inspiration, an occasion organized by Céline Cousteau to celebrate, recognize, and reward achievements of ocean advocacy in any and all its forms. The two-day event on October 9 and 10 will include an evening gala celebration and free public forum. A portion of the proceeds will support WRI’s Rescuing Reefs at Risk Initiative. “It’s so great to be working with Céline,” says Burke. “She’s a sincere environmentalist who cares about the natural environment and people’s relationships with nature.”

The evening included special ocean-centric cocktails concocted by mixologist Jonathan Pogash, the Cocktail Guru, and both a silent and live auction. The highlight was a trip to the Galapagos aboard a National Geographic boat led by Lindblad Expeditions. 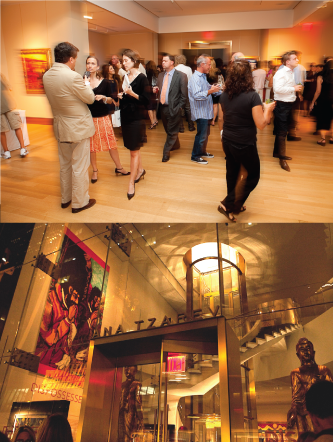 Guests included Wolcott Henry of the Henry Foundation, Caryn Feinberg of Global Infrastructure Partners, Caleb McClennen of the Wildlife Conservation Society, and Mark Fabry, of the Philanthropic Capital Group. We were also joined by Anisa Costa and Fernanda Kellogg of the Tiffany Foundation, a supporter of WRI’s reefs work and a leader in the global effort against using coral in jewelry.

Early next year WRI will publish Reefs at Risk Revisited, a global report on the health of the world’s coral reefs, documenting the growing range and volume of threats to their survival. An update of our influential 1998 analysis, Reefs at Risk: a Map-Based Indicator of Threats to the World’s Coral Reefs, the new report will employ the most recent high-resolution data to provide a detailed examination of human pressures on coral reefs (including from climate change), implications for reef condition, and projections of associated socioeconomic impacts in coastal communities.