Investing in ecosystem services will help MDBs improve the livelihoods of the poor.

World Bank Group President Robert Zoellick declared the demise of the term “Third World” in the run up to this weekend’s spring meetings of the IMF and World Bank. Instead, he rightly said, we must recognize that we now live in a multi-polar world.

The developing country divide isn’t the only glass wall that needs to be shattered. The development and environment communities must also stop viewing their goals as separate or even at odds with each other. As nature declines, so do the many vital goods and services it provides to people. These range from the life-giving - fresh water, food, wood fuel, flood protection – to the life-affirming – recreation and spiritual enrichment. When several hundred scientists examined the health of 24 ecosystem services globally for the Millennium Ecosystem Assessment in 2005, only four had shown improvement over the past 50 years. A startling 15 were in serious decline, while five hung in the balance. 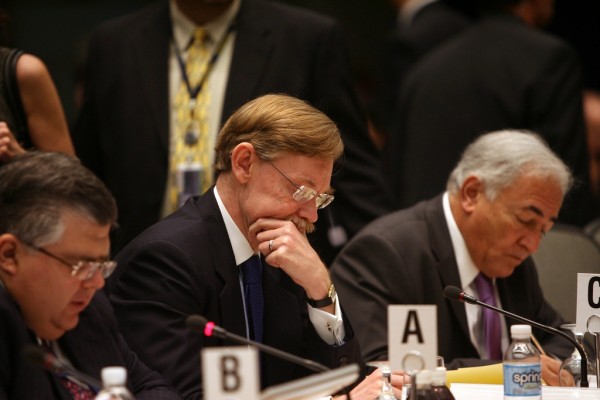 Ecosystem degradation inevitably hits the poor hardest. In particular, it increases the vulnerability of the 75% of the world’s poorest people who live in rural communities and depend heavily on nature for a living. One study in India found that while the value of forest services such as fresh water, soil nutrients and non-timber forest products was only about 7% of national GDP, it represented 57% of income for the rural poor.

Given this relentless erosion of the Earth’s natural resources, and their importance to poor rural communities, it is hardly surprising that we are not on track to meet the 2015 Millennium Development Goals to combat poverty. On current trends, most developing countries are likely to miss many of their MDG targets.

Most economic and environment ministries are still at an early stage of learning to speak each other’s languages. The World Bank could play a crucial role in bridging this divide.

The World Bank, however, is uniquely positioned to help us get back on track to meet these global targets by investing in nature in order to improve the livelihoods of the poor. As the leading multilateral development bank, it can leverage the funding of many other actors. It also has many talented environment experts well placed to support sectors—such as water supply and sanitation, agriculture, energy, and forestry—that heavily depend on or affect ecosystem services. A new report by the World Resources Institute, Banking on Nature’s Assets, presents a roadmap for the World Bank and other multilateral development banks (MDBs) to use in mainstreaming ecosystem services, and including them in their cost-benefit analyses.

To strengthen the business case for investing development dollars in ecosystems, MDBs need to expand the focus of cost benefit analysis beyond marketed goods such as timber and crops to include nature’s regulating and cultural services. As the following examples show, such an approach highlights the value of ecosystem services that often do not show up in a traditional accounting approach.

In Costa Rica for example, wild bees from adjacent forests improved coffee yield by reducing the frequency of “peaberries” (small misshapen seeds) by a quarter. Protecting forests, in that case, translated into US $60,000 per year in additional yield for just one Costa Rican farm. In Belize, tourism generated by coral reefs and mangroves represented 12-15 percent of GDP in 2007. In Thailand, the economic value of mangroves rose from around $800 to over $35,000 per hectare when the habitat’s role in providing coastal protection and fish nurseries was included in a cost benefits analysis.1 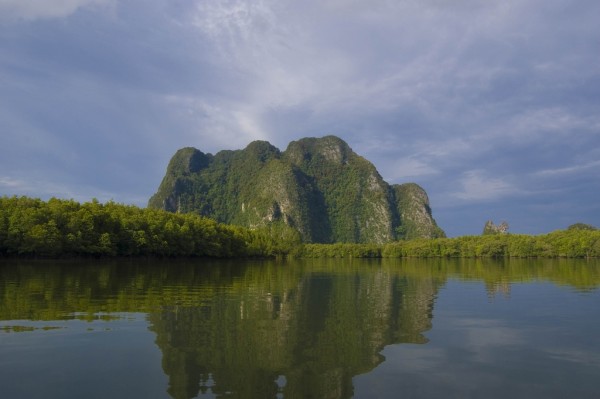 An up-front assessment of ecosystem service trade-offs by MDBs can also improve risk management, leading to more robust and equitable development outcomes. For example, dams that supply power to cities, or irrigation for agriculture, often depend on upstream forests to prevent reservoir erosion and siltation. At the same time, dams can undermine a river’s capacity to support fisheries or sustain downstream wetlands that provide water filtration and coastal protection services to coastal communities. Similar trade-offs can exist for developing country shrimp farms which increase export markets, but often at the expense of the coastal protection and nursery services provided by the mangroves they replace. Likewise, palm oil plantations, a growing fixture in southeast Asia, often involve a similar trade-off between the myriad ecosystem services that primary forests provide — including carbon storage, pollination, and erosion control — and global exports.

The World Bank and partner countries need to build national capacity to design policies and incentives that align the interests and actions of farmers, forest owners, and other users of natural resources with sustaining rather than degrading ecosystem services. One well known way of doing this is to pay users for ecosystem services, but many other possible approaches include:

An ecosystem services approach is not a substitute for the traditional focus of environment specialists on biodiversity and protected areas. Both are needed. But ecosystem services based approaches are particularly suited to MDB efforts to mainstream environment into their core lending operations in order to improve development outcomes.

With nature in decline worldwide, how can the World Bank and other multilateral development banks help not only to implement but also to scale up ecosystem services-based approaches? While experts on either side of the environment-development divide peer through more often these days, a glass wall too often remains not only in development finance institutions, but also in national governments. Most economic and environment ministries are still at an early stage of learning to speak each other’s languages. The World Bank, in particular, could play a crucial role in bridging this divide by convening ministers and economists, and shaping macroeconomic solutions to the linked problems of ecosystem degradation and poverty. Such a group could build and communicate the business case that healthy ecosystems are fundamental to reducing poverty and achieving economic development. It could provide guidance on investments in ecosystem services, and share best practice in incentives for reducing degradation and integrating the value of natural capital in national accounts.

As they convene in Washington this weekend, the World Bank and IMF leadership would do well to ponder how to take a lead in shattering the environment/development glass wall which still divides the new multi-polar world.

Janet Ranganathan is the Vice President for Science and Research at the World Resources Institute.

Frances Irwin is a former Fellow in the Institutions and Governance Program at the World Resources Institute.