A primary challenge for government agencies working on water and sanitation issues is coordination – planning and implementing effective interventions across multiple sectors and actors. Data is often siloed, with poverty figures kept separately from information on water access, sanitation, and hygiene.

A new report, Mapping a Healthier Future, published by the Ugandan government with the World Resources Institute, shows how new kinds of mapping can help tackle these coordination problems and lead to more effective interventions. The report compares for the first time various water and sanitation indicators, helping to identify regions and communities with the greatest need and strengthen poverty reduction efforts. 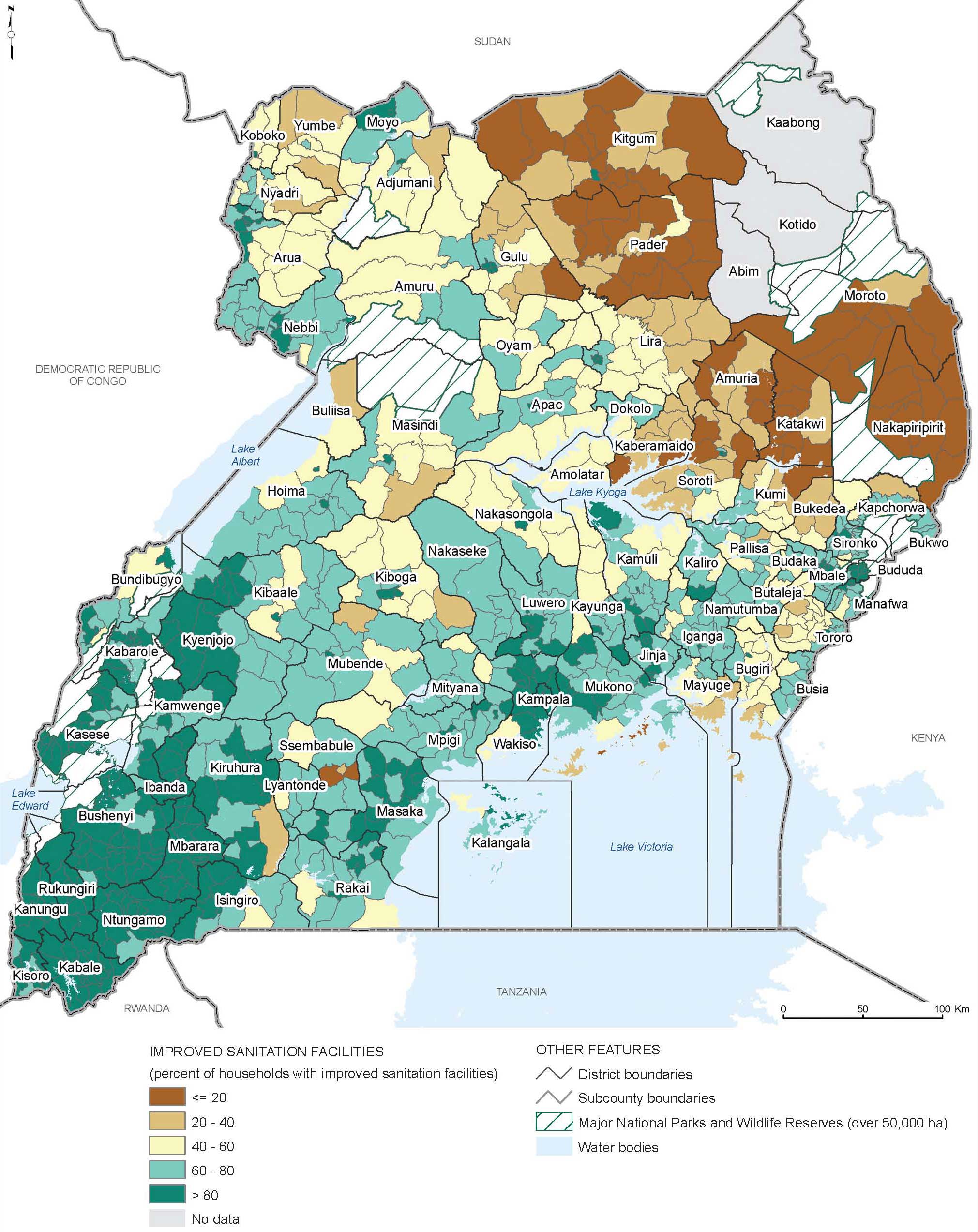 So far, these investment plans have helped improve drinking water coverage in rural sub-counties, from 25 percent in the early 1990’s to 65 percent in 2009. However, work remains to be done to ensure that all areas meet national targets. That is where the new maps come in. They can help the government see which communities are lagging behind and target the areas that can benefit the most from interventions.

Combining maps with indicators such as poverty rates, unsafe drinking water sources, lack of sanitation facilities, and lack of basic necessities like soap provides a stark picture of trends and needs across the country. “Data behind the maps show a direct correlation in Uganda between a high poverty rates and low access to adequate sanitation facilities,” said Francis Runumi Mwesigye, Health Planning Commissioner at the Uganda Ministry of Heath and co-author of the report.

Improved access to clean water is essential for Uganda’s continued development. Water-related diseases, such as typhoid, cholera, and hepatitis, caused 8% of all deaths in Uganda in 2002. Young children are particularly susceptible – 17% of all deaths of children under the age of 5 are contributed to water-borne diarrheal diseases.

The Ugandan example shows what is possible for other counties who want to develop their own maps, and the kind of analysis that is possible with the right data. This report follows Mapping a Better Future, a detailed examination of the links between Uganda’s wetlands and the locations of poor communities.