As they respond to the worst economic crisis the United States has faced in half a century, policymakers seek to direct government spending in ways that not only generate short-term growth and employment but also address long-term policy goals sidelined by the current crisis.

Chief among these are energy and environmental objectives, as evidenced by the considerable attention paid to “green” economic recovery by policymakers and the press.

The Policy Brief, co-authored by the World Resources Institute and the Peterson Institute for International Economics, assesses 11 “green” policy options under consideration by Congress for their economic and environmental impact against a backdrop of pending climate legislation.

Download a two-page fact sheet derived from the report here. 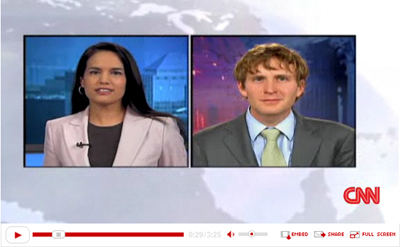 The matrix below illustrates how the 11 policy options measure up in terms of speed of deployment and potential for job creation. 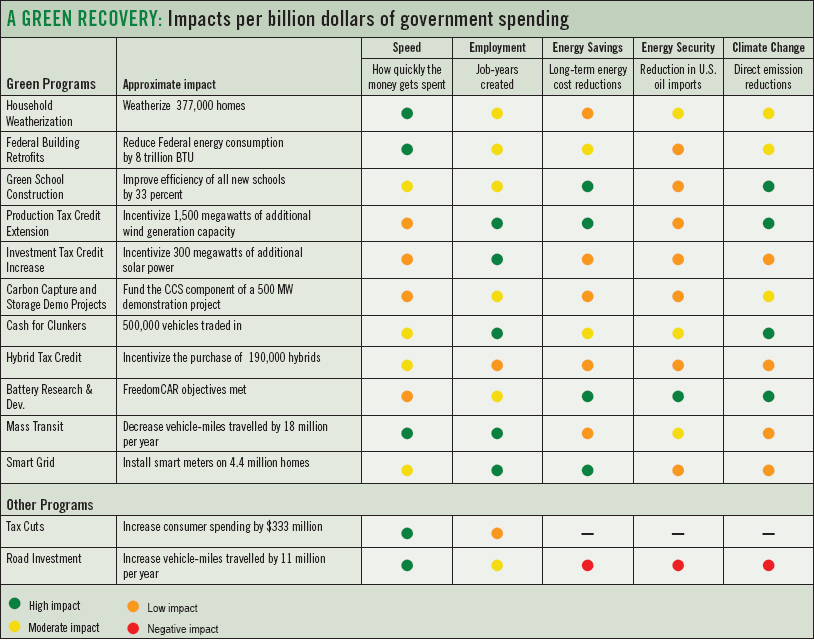 It also shows how more environmentally friendly policy options can produce added value compared with road investment – an example of traditional infrastructure spending. Road building is matched by several of our “green” options in terms of speed of deployment and job creation, but produces a negative effect on energy costs, energy security, and climate change abatement.

While the primary goal of the recovery package is to encourage economic growth, a “green” recovery can lay the foundation for achieving climate change and energy goals. Nevertheless, even the most aggressive short-term “green” spending will have only a modest direct impact on carbon dioxide emissions.

The recovery package alone would fall far short of the billions of tons of reductions necessary to stabilize the climate – and on a price per ton basis, would be more costly than the comprehensive climate change policies under consideration by Congress.

It is nonetheless critically important that all recovery efforts be designed to complement, rather than replace climate change and energy policies down the road. In order to maximize the effectiveness of such future climate and energy programs, while reducing their costs, an economic recovery package should focus on: