Prime Minister Wen Jiabao came to the aid of a Chinese socially responsible green enterprise that is struggling for survival during the current global financial crisis.

He instructed officials from the National Development and Reform Commission (NDRC) and China Banking Regulatory Commission (CBRC) to find ways to support the Southwest Bamboo Industry Company, a producer of environmentally-friendly bamboo products. This action from the highest levels of the Chinese government came in response to a heartfelt letter He Jie, the firm’s founder, wrote in December to the Prime Minister.

Mr. He, inspired by the Prime Minister’s commitment to sustainable development, described how many Chinese small and medium enterprises (SMEs) that produce environmentally beneficial products and create jobs in low-income regions are unable to receive bank loans and are struggling to survive. Mr. He suggested that the government should develop new measures that support the financial viability of socially-driven businesses.

The Prime Minister personally responded in a letter to the plea, and Mr. He reports that officials from the NDRC and CBRC--as well as bank loan officers—have visited him for the first time since he founded his firm in 2005. 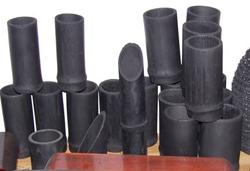 Southwest Bamboo Industry Company works with a cooperative that employs hundreds of farmers who grow and process bamboo in the mountainous region of Sichuan province. The bamboo can be used as a wood substitute for building materials and non-toxic waste-treatment materials.

While Chinese SMEs account for more than 80 percent of the country’s jobs, and over 60 percent of the GDP, they lack access to formal financing channels such as bank loans. According to the Chinese government statistics, only six percent of the total monetary value of all Chinese bank loans goes to SMEs. The result is that many SMEs are unable to grow, with more than 70 percent of the companies closing within five years. The financial crisis has only made the situation worse, as thousands of SMEs have shut down across China, putting hundreds of thousands of people out of work.

To help such SMEs survive the financial crisis, New Ventures' partner in China – the Center for Sustainable Entrepreneurship -- held a December training seminar in Beijing on effective business strategies during an economic down-turn. More than 50 firms, including Southwest Bamboo, attended the session.

Since 2003, the New Ventures program in China has mentored 48 SMEs, and has helped leverage over US$150 million in investments and loans.