As part of World Water Day, The Access Initiative (TAI) is releasing a case study of how in 2004, poor data dissemination put the citizens of the capital of the world's richest country at risk from lead in their drinking water.

The following is an excerpt of a TAI publication on the role of public participation in government decision-making about the environment. The full publication will be published and posted online later this year.

Read this case study with the following question in mind: how did leaders of the capital of a country with robust scientific and technical expertise, as well as strong environmental information systems, show such poor information transparency and inflexibility that people rose up in protest?

Note that the problem was not an absence of technical data, but a lack of face-to-face communication. People need environmental information to be communicated to them in such a way that they understand and can act upon it. 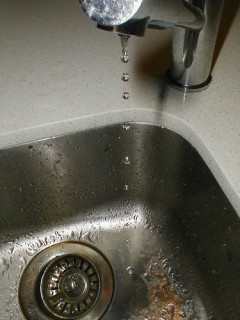 A January 31, 2004 Washington Post article created a stir with a story about a strange environmental mystery: Tap water in thousands of District houses has recently tested above the federal limit for lead contamination.

Lead exposure can lead, over time, to serious health effects-brain damage, kidney damage, and other illnesses. Those at highest risk—young children and pregnant women—can be affected by even short exposures to high lead levels. But the Post article went on to say that authorities were "baffled" by the problem and had no idea how such a serious contaminant had become so widespread in the city's water.

Subsequent Post articles—and the public hearings, administrative reviews, independent investigations, and a class action law suit that followed them—documented that the problem actually had not been discovered "recently."

The Washington DC Water and Sewer Authority (WASA) had been detecting unhealthy levels of lead in city drinking water for over two years. However, the public often was not informed of the problem, and in other cases was told too late to take appropriate action, or with too little urgency to convey the seriousness of the health risk.

Thus, residents of Washington, D.C. faced not one, but two mysteries. How did so much lead get into the drinking water? And how could the government have known about it for so long without addressing the problem?

In fact, problems began in 2001, when water samples in 53 homes showed levels of lead that exceeded the national standard of 15 parts per billion. Based on these findings, WASA sped up existing plans and replaced lead service pipes in key areas of the municipal water system. But the problem persisted. National water regulations then required WASA to conduct a larger water quality survey, which found a serious, widespread problem throughout the city in June 2003. Lead levels in over 4000 homes exceeded acceptable levels.

SOME HOMES IN THIS COMMUNITY HAVE ELEVATED LEAD LEVELS IN THEIR DRINKING WATER. LEAD CAN POSE A SIGNIFICANT RISK TO YOUR HEALTH.

However, the notice that WASA sent out in November downplayed the seriousness of the problem. It left out key required phrases, including "in their drinking water" and "significant."

Similarly, national law required WASA to conduct public meetings to inform people of the health risk and the actions they could take to avoid lead exposure. However, their advertisements for the meeting did not reveal the lead problem. Instead, they simply stated that the meeting would "discuss and solicit public comments on WASA's Safe Drinking Water Act projects."

As a result of the lack of urgency in WASA's public communications, residents were slow to take action. Some residents who received the notices began buying bottled water, and discussed the issue with their neighbors, or shared information about it via email. Many had neglected the mailings, however, or didn't understand them. One resident later told a reporter she had received a letter informing her that the lead in her water tested as "higher than the federal action level," but she wasn't sure if that was a good or bad result.

Months later, when the issue became front page news, the situation changed rapidly. Residents inundated WASA's water hotline with calls and overwhelmed water testing laboratories with requests for their tap water to be tested for lead contamination. District elected officials immediately called for an emergency public meeting, and established an inter-agency task force to investigate and manage the problem. The task force included WASA, the Department of Health, the Washington Aqueduct, and representatives of eight other government bodies. It became the primary government vehicle for responding to the crisis.

Within four days of the initial news report, WASA itself worked with the federal Environmental Protection Agency to establish a Technical Experts Working Group, bringing together national experts to study the problem and identify a solution. Meanwhile, the inter-agency task force swiftly implemented programs to provide free water filters, water testing, and blood testing for residents at risk of lead contamination. It wrote letters to residents, established a hotline, conducted 23 community meetings, met with leading local organizations, and produced a range of outreach materials.

However, over the six weeks following the initial Post exposé, successive public communications from WASA and other agencies contradicted each other and created confusion about who was at risk and what steps residents should take to protect their health. For example, WASA sent a letter in February to all residents suggesting they flush water through their taps for a minute and a half to reduce lead levels before drinking or cooking. But during the same week, the Environmental Protection Agency demanded that the recommendation be changed to 10 minutes.

Similarly, early WASA communications limited the health advisory to pregnant women and small children in residences with lead service lines. However, subsequent water testing found high levels of lead in the water of a significant number of residences with copper service lines, as well. 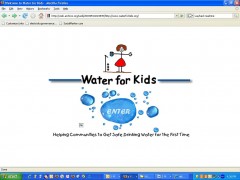 Expressions of public frustration grew in response to the mixed messages emerging from WASA and other public agencies. The public organized to share information and circulate petitions by launching internet sites like PureWaterDC.com and WaterForDCKids.org. Neighborhood meetings also were held to discuss the issue. Community organizations and elected leaders concluded that WASA had actively covered up the problem. Adding to the public mistrust was disclosure that a WASA employee, Seema Bhat, who had repeatedly warned WASA and EPA officials of the lead contamination, lost her job in 2003. She had won a legal claim of improper termination, which the city had appealed.

On March 18, nearly 100 people took part in a protest at City Hall led by a CSO coalition (Public Citizen). Also in March, a class action lawsuit was launched against WASA by a young lawyer, Chris Cole, and a neighborhood activist, Jim Meyers, who called on the government to give clear notification to affected residents, pay the full cost of lead pipe replacement, and compensate the plaintiffs for damages. To clarify the situation for the public, the government needs to "knock on doors, no more letters," said Cole.

Meanwhile, the Technical Experts Working Group convened by WASA and the EPA had identified the cause of the elevated lead levels. They concluded that a new water treatment process introduced in 2001 had caused lead to leach from municipal water pipes into the water supply. Their hypothesis was confirmed in May 2004 when a return to the old treatment process caused lead levels to decrease immediately. They also recommended accelerating plans to further revise the water treatment system to include an anti-corrosion additive called orthophosphate.

By July 2006, lead in Washington D.C.'s water had remained within nationally mandated limits for a year and a half. Moreover, blood screenings found no identifiable public health impact from the period of lead contamination. With this finding, part of the mystery was solved. 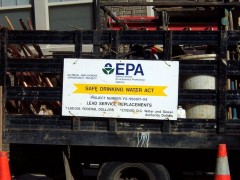 The question of how the government had failed to effectively notify residents of the problem was more complex to answer. The public outcry about the government's initial response to the lead contamination led to independent investigations commissioned by government and civil society organizations, as well as EPA administrative orders censuring WASA, and a Congressional inquiry into EPA's own oversight failures. Significant outcomes from these investigations include a multi-million dollar investment by WASA in the replacement of lead water pipes and an EPA proposal to revise national lead and copper regulations.

The investigations also identified serious problems with the institutional arrangements for water quality management and oversight in Washington DC. What with WASA, EPA, the City Council, the Army Corps of Engineers, Congress, and the Department of Health all involved, lines of authority, accountability and communications among agencies rarely were clear. To coordinate these players and centralize responsibility, a Department of Environment within the D.C. government was created.

This case study was written by Dave Turnbull and Heather McGray of the World Resources Institute, and is an excerpt of a forthcoming publication of The Access Initiative (TAI) on the role of public participation in government decisionmaking about the environment. Full citations can be found in the final version of the book, to be printed in hardcopy and posted online, later this year.