Border security is not typically recognized as being tied to environmental changes, but in this recent article by The New York Times, the links are clear. It details how declining fish catches in northwest Africa are fueling immigration to Europe.

With fish populations in northwest Africa collapsing, regional economies are struggling and local populations are finding themselves without one of their staple foods. That means more people are willing to take greater risks by migrating for a fresh beginning in a new country. 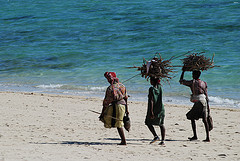 Fishers with their catch

People everywhere depend on nature—that is, ecosystem services—for their well-being. Yet many of these services are in a state of decline. In fact, according to the Millennium Ecosystem Assessment, nearly 2/3 of ecosystem services are in worse shape than they were a half-century ago. The bottom line of this finding? Nature's benefits can no longer be taken for granted. According to the Times article, fish populations in Senegal and from other parts of the region were once abundant enough to support livelihoods. But now, families find they are barely scraping by. Major fish stocks are dwindling because of fishing by local boats as well as international fleets, including from the European Union, China, and Russia. This crash in natural resources is encouraging northwest African nationals to attempt migration to more abundant societies. In 2007, about 31,000 Africans attempted to flee to the Canary Islands, which serve as a gateway to Europe. Of these, 6,000 disappeared or died. 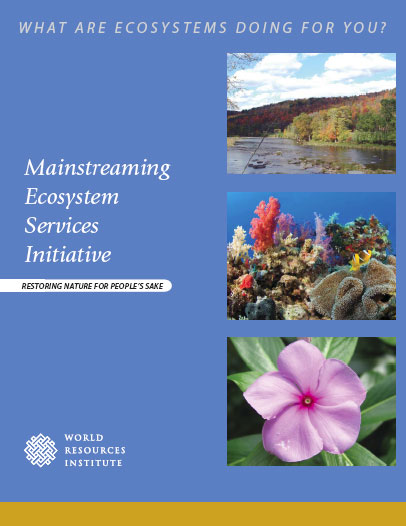 Northwest African governments, lured by the promise of money from international trawlers and economic growth, have driven one of their most important natural resources to depletion. European officials, on the other hand, saw that their own fish resources were depleted decades ago and arranged deals to harvest the seas of northwestern Africa. In both cases, decision makers did not realize that many of their decisions both depend on and impact the ecosystem services nature provides.

In northwest Africa, new government policies to attract international fishing fleets in the hopes of payments and economic growth were dependent on wild fish stocks remaining abundant. Likewise, decisions by European officials to exploit fishing grounds in Africa had unforeseen consequences because the ecosystem service was degraded. Motivated by hopes of economic growth and cheap food for their populations, European nations are instead faced with floods of undocumented immigrants.

Recognizing the links between ecosystem services and development goals can help us protect ecosystems from development. Perhaps even more importantly, we need to consider how to invest in managing ecosystems for development. WRI is working to solve problems exactly like these in northwest Africa through our recently launched Mainstreaming Ecosystem Services Initiative.

Download our brochure: What Are Ecosystems Doing For You? Mainstreaming Ecosystem Services Initiative