The NGO Environment-People-Law (EPL) brought the case against the Accounting Chamber – a state body that executes control over the spending of funds from the State Budget on behalf of Ukraine’s Parliament. The Chamber had refused to disclose details about what it found when auditing a construction project partly funded by the government to build the Danube-Black Sea Canal through internationally recognized wetlands. 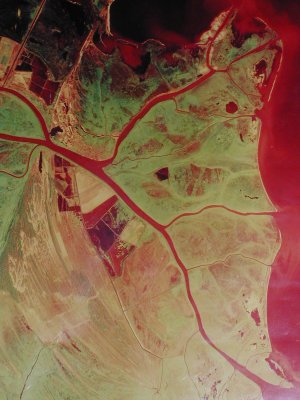 The ruling has two major implications, though they may not be articulated in the court decision itself. First, the function of investigating State expenditure (including possible corruption) was ruled to be a matter of public interest and public importance. Second, the court's decision implied that because the Chamber performed a public function, it was subject to the national freedom of information act, even though the advisory group was not a part of the executive branch.

The case is a victory for advocates everywhere of freedom of information in environmental decision-making. A growing body of national laws and courts recognize that the public is entitled to know how tax revenues and aid funds are being spent and whether that expenditure meets accounting standards.

For more information on the case, visit the EPL website.

For background on this struggle, read about Olya Melen, the young EPL lawyer who won the prestigious Goldman Prize.

The Access Initiative (TAI) seeks to ensure that people have a voice in the decisions that affect their environment and their communities. TAI partners promote transparent, participatory, and accountable governance as an essential foundation for sustainable development. To achieve this goal, partners form national coalitions, assess government progress using a common methodology, raise public awareness, and set priorities for improvements in policy and practice. TAI partners in Ukraine have completed two assessments, and the World Bank has recently provided funds that will allow TAI Ukraine to implement Ukraine’s access rights commitments (made to the Partnership for Principle 10) and Aarhus Convention compliance mechanisms.

TAI congratulates EPL on their victory, and looks forward to working with its Ukrainian partners to further improve access rights.