They've issued a press release with some of the details, along with comment from WRI's Jonathan Lash and John Harris, project manager of IKEA Goes Renewable. The GPMDG-EU is convened by both WRI and The Climate Group.

Here's a closer look at the kinds of efforts they are facilitating:

It is one of the largest-if not the largest-corporate on-site wind installations in Europe. Six 1.5 MW wind turbines began operations there in June 2006, and generate 22 million kilowatt-hours of power annually, the equivalent of powering 4,700 European households.

In order to minimize their capital expenditures and receive cost-competitive green power, Nike partnered with independent power producer Seeba to finance the project.

International packaging material manufacturing company Tetra Pak, as part of its goal of reducing its global greenhouse gas emissions ten percent below 2005 levels by 2010, switched several of its European factories to green power: 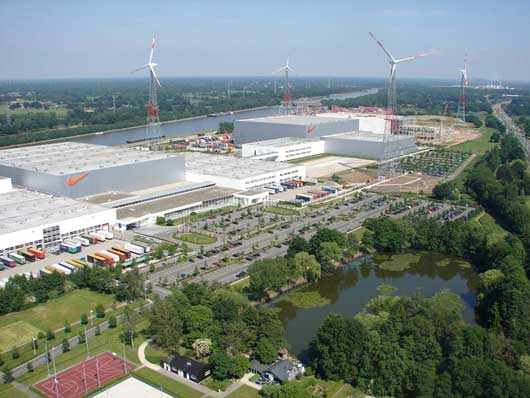 Tetra Pak company is not pursuing just any type of green power. Instead, it prefers to buy green electricity that meets the requirements of the EUGENE (EUropean Green Electricity NEtwork) Standard where possible. This standard ensures that the green power used comes from generation facilities that meet specific requirements. The facilities must be new, the power is additional to power receiving significant government support, and has been independently verified as "green."